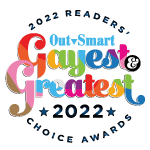 There’s a fresh new face who is slaying the drag scene, and she’s earning recognition for bringing the drama with every look she gives. Alyanna IV Bones is OutSmart’s pick for Favorite New Drag Queen.

“It feels surreal. It’s only been two years since I started doing drag, and it’s validating to earn this award because I’ve been working really hard,” she says.

She may be working hard, but she makes it look effortless—likely a result of the background she draws from for inspiration. This dark-hearted queen has consistently held a penchant for the macabre.

“Ever since I was little, I’ve always been obsessed with horror movies. My grandmother raised me watching them, and I always gravitated towards the female villain. They always look serious, but they always look better than everybody else,” she explains.

“I’ve always had this character in my head who is a ‘glampire’ (translation: a glamorous vampire). She’s been in the world forever. Through that character, I can channel all sorts of different fashions from different eras. I feel like Alyanna is a perfect combination of what I like: horror films and fashion.”

Her go-to muses are characters from Queen of the Damned, the Underworld series, and, interestingly, the villains from The Powerpuff Girls. And to channel those characters, she had to learn how to bring them to life via makeup and artistic skill. Luckily, she had a handy trick up her well-fitted sleeve.

“I learned a lot through YouTube, but also, ever since I was little, I’ve always been attracted to art. I like drawing. Since I was already drawing, I think learning how to work with makeup naturally came with it because applying makeup is essentially drawing on your face. All my years of drawing was basically practice for creating my look,” she notes.

Drag has opened up a world of possibilities for the Puerto Rico-born performer.

“Growing up in Puerto Rico, I felt like I couldn’t do drag because the drag scene there is very pageant-oriented. There’s not much alternative drag. Once I moved to Houston, I kept thinking about it, and when the pandemic happened, I figured the time was right to take a chance,” she says.

From that chance, IV Bones was born, and there’s no stopping her now.

“I have a lot of ideas. I’m practicing my sewing so I can create even better looks. I want to practice more on hosting and getting comfortable on the mic so that I can develop my own show. I have this idea for a show that brings in ball culture. I’ll call it The Bones Ball. I want people to bring looks for each category to show off their creativity. I feel like Houston doesn’t have that many ball opportunities, and I want to change that,” she says.

Ultimately, though, Alyanna IV Bones is having a ball simply by living her drag fantasy and using every inch of her skinny-Minnie figure in the process.

“I like to embrace my body, which is super-skinny. I eat a lot, but I just don’t gain weight. That’s why my last name is Bones. I embrace my skinny body,” she adds.

Words to envy, but if she ever gets the chance, she says the number-one illusion she’d like to replicate is Elvira, the queen of curves.

“Elvira is super-different from me—a lot of body, super-big breasts. I feel like it would be very fun to impersonate her. Maybe I will do it for Halloween!”

The time is nigh, and Houston has already given her its stamp of approval. So be on the lookout for something low-cut and sexy during this spooky season. 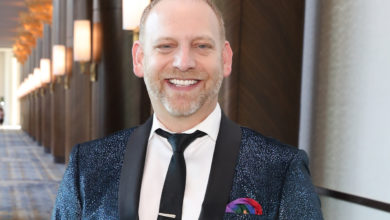