Fernando Dovalina didn’t start out as a playwright, but he’s found a knack for the small stage. He has been writing plays since he retired as an assistant managing editor for the Houston Chronicle.

“I took early retirement about 20 years ago and decided I would try to write for the stage, so I took a number of courses and got started. I just have fun writing, and I’ve had some successes,” he says.

Dovalina took continuing education courses at Rice University and the University of Houston. At UH, he studied under notable names like Stuart Ostrow and Edward Albee.

Ostrow’s roster of original award-winning Broadway and West End productions includes M. Butterfly (which won the Tony Award for Best Play), Pippin, and 1776, which received both the New York and London Drama Critics awards, as well as a Tony Award for Best Musical.

“Albee was very encouraging. He told me I was a fine writer, and I’ll never forget the use of the term ‘fine.’ So, I kept writing and then started submitting my work to lo- cal theaters, and several of [the plays] were accepted and produced,” he recalls.

It is no surprise that Dovalina’s creative works have been well received, especially given his pedigree. His plays tend to focus on Mexican-American life, LGBTQ issues, the elderly, and death—as well as one well-known religious figure.

He wrote the book for a composer/lyricist’s work based on Tammy Faye Messner (formerly Baker), titled The Gospel According to Tammy Faye, which earned not only a fan following but also the attention of the titular televangelist.

“When we finished it, we got to meet her and interview her,” he says. “That show went to the Cincinnati Fringe Festival, and it’s been done in a half-dozen states.”

Adding to his recognitions, he recently accepted the Griff Singer Award from the Friends of The Daily Texan. He was honored for his work at the UT student paper during his college years, and later as a visiting instructor for the editors and reporters. The award citation also celebrated his lifetime achievements in journalism and theater.

In his acceptance speech, Dovalina credited his husband for much of his success. When he mentioned that they had been together for 52 years, the crowd (made up mostly of more- than-50-year-olds) broke into applause.

Most recently, he staged two works, Mysterious Ways and Emergency Room, and he’s planning a series of readings to take place at his residence later this year. 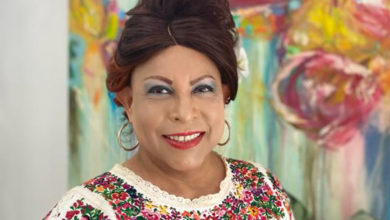 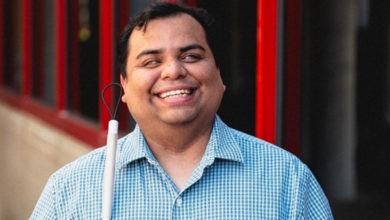