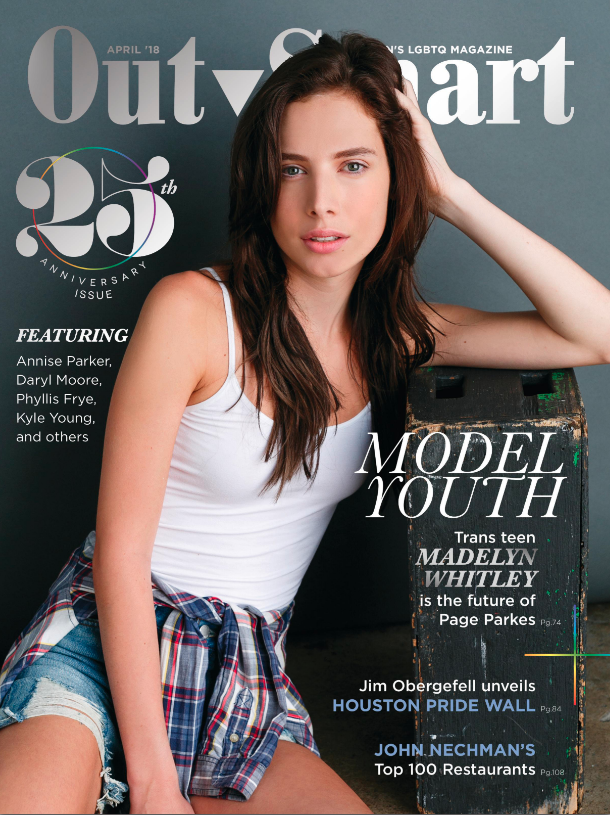 When I sat down to write this note, I was overwhelmed by the thought that 25 years have really gone by so quickly. Yes, it is obvious that time does not stand still—especially when it comes to publishing and deadlines.

On April 25, 1993, I traveled with a group of friends to Washington DC to attend the March on Washington for Lesbian, Gay and Bi Equal Rights and Liberation. We were just a small part of the Houston contingent at an unforgettable event attended by close to one million people across the country. Energized by the march, and personally inspired to want to make a difference in the lives of LGBTQ people, we came home eager to start a magazine called OutSmart.

The magazine’s 1993 launch came together pretty quickly. However, it never could have been sustained through all these years without the generous support and well wishes from our advertisers and community. It is still very humbling to realize that many friends and advertisers have been with us from day one. It’s even more humbling to know that they confidently threw in their hard-earned money and support from the beginning, and have continued with us for over two decades.

I hope our readers will continue to support OutSmart’s family of advertisers—businesses that share your values for creating a world with LGBTQ equality. It is these advertisers who make it possible for us to put out this free magazine, both in print and online.

Over the years, we’ve been very fortunate to have a talented team producing the magazine every month—our writers and editors, artists and photographers, production and distribution crews, and advertising sales reps. Some of our coworkers are no longer with us, and we strive to keep their memory alive. Others have gone on to make their mark in other arenas.

If you would like to know more about the legacy and future of OutSmart, check out writer Andrew Edmonson’s story on page 44. Our 25th Anniversary Issue also features retrospective pieces from two former columnists who have gone on to do extraordinary things. Annise Parker, who wrote 94 columns for OutSmart before she became the first openly gay person elected mayor of a major U.S. city, reflects on the role of LGBTQ media in the broader movement. And Daryl Moore, who wrote our LeftOut column for a decade prior to becoming a State district judge, reminds us that despite all of our progress, the fight for LGBTQ rights is far from over.

This anniversary issue’s cover features trans teen model Madelyn Whitley, who is quickly making a name for herself at the Page Parkes modeling agency. As we celebrate a quarter-century marked by incredible civil-rights advances, Whitley is a hopeful symbol of the future in the battle for LGBTQ recognition and equality.

This issue also includes stories on several others who have played significant roles in the magazine’s history, such as Houston transgender pioneer Phyllis Frye. And Kyle Young, a former OutSmart editor, is returning to Houston to become the marketing director at Theatre Under The Stars. Long-time contributor Steven Foster also gives us a great rundown on some of OutSmart’s most memorable covers and feature articles.

April is also our annual Food and Dining Issue, and John Nechman (a local LGBTQ activist in his own right) shares his top 100 restaurant picks, as well as his list of 50 uniquely Houston dishes.

What would a silver anniversary be without a party? Please join us in celebrating our 25th anniversary at a festive reception on Tuesday, April 24, at the McGovern Centennial Gardens in Hermann Park. This event is also a fundraiser for the Dalton DeHart Photographic Foundation, the non-profit organization set up to preserve the Houston LGBTQ community’s legacy in photography with a massive online digital archive.

Thank you—each and every one of you—for your 25 years of support. It truly is appreciated.•