With LGBTQ visibility in the media at an all-time high, it’s easy to forget that coming out and becoming comfortable with a queer identity isn’t always a seamless process. Alise Maxie, a 20-year-old nonbinary lesbian who uses they/them and she/her pronouns, is using their new position as a 2021 Human Rights Campaign Foundation Youth Ambassador to inspire queer people of all ages to embrace their coming-out journey, talk openly about their sexual health, and continue to make noise in the form of protest.

“I’m a big proponent of helping queer youth of color. I want to create programs for them, reach out to them, talk to them, and educate them.”

Maxie will join nine other LGBTQ advocates from across the country who are all serving two-year terms as Human Rights Campaign (HRC) Youth Ambassadors. Dr. Vincent Pompei, the HRC Foundation’s director of the Youth Well-Being Program and the Time to THRIVE Conference, explains that the ambassador program “is designed to amplify the important voices of teens and young adults and engage them in helping the HRC Foundation improve the lives of LGBTQ youth at home, at school, at work, and beyond.”

Maxie, a student at Prairie View A&M University, was surprised that the other HRC youth ambassadors are so young. “When I saw who else was involved, I was amazed,” they explain. “I am one of the older people in the cohort. I’m about to graduate college, and some of these people are in high school.”

As an ambassador, Maxie looks forward to reaching into the communities they grew up in. “My main goal is to help out [other] queer youth of color. Growing up, I didn’t have anybody to help me out or to look up to. Being queer was seen as shameful,” Maxie recalls.

LGBTQ youth of color face more discrimination, police targeting, family rejection, and homelessness than their white counterparts, according to a recent study by UCLA’s Williams Institute.

“A lot of minority communities [resist change because of their religious beliefs]. It’s hard to discover who you are when you have [no positive role models]. I’m a big proponent of helping queer youth of color. I want to create programs for them, reach out to them, talk to them, and educate them.” 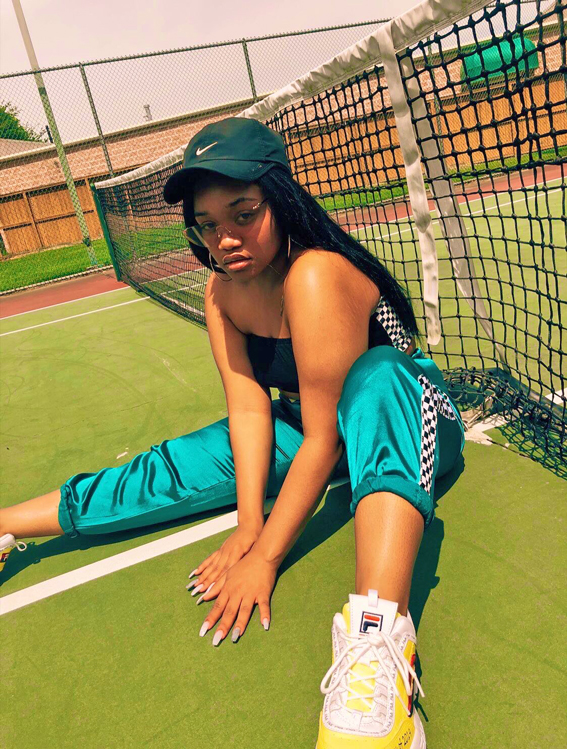 One way that Maxie is reaching out is through their sexual health video blog series on Twitter. Using the hashtag #ThursdaysAreForSex, Maxie empowers followers to take sexual health into their own hands. “I noticed that a lot of people who I went to school with weren’t as knowledgeable in sexual health,” the native Houstonian says. “There was this negative connotation that being tested, having an STI, and using protection [somehow makes you] ‘dirty.’” Maxie’s goal is to break through the stigma by normalizing sex talk. “I feel that talking about what you like and what you dislike should be a very normal and open conversation. I don’t want people to feel scared to talk about sex or getting tested or revealing their status. I go to an HBCU, and I’m LGBTQ. I felt like it was my duty to do something about it.”

Maxie is no stranger to answering the call to act. This summer, in response to the murder of Breonna Taylor, they led their very first protest with a friend. “It took place near Memorial Park. It was really amazing. At first it was 30 people, but once we started marching through the park, the crowd got to about 150 people. For two students who had no idea how to put a march together, I think we did pretty great for a two-week turnaround.”

Looking ahead to their time as a Youth Ambassador,  Maxie’s eyes are set on fostering safe spaces for queer people of all ages. “My main goal is to reach out to people who are like me—the people in their 20s who are still trying to figure out their identity and their sexuality, or who haven’t come out to their families and they’re 21 years old. People tell me they love how open and free I am, and then they’ll tell me their stories. That means a lot to me. I’m not just a role model for the youth, I’m a role model for people who haven’t come out yet, who don’t feel comfortable enough to come out. That’s so often overlooked. We are so pressured to come out before we’re ready. I never want people to come out before they’re ready.

“[As one of the older HRC ambassadors], I’ll be the voice for people who are older as well. I felt discouraged at first, because the other ambassadors are so much younger than me, but I realized this is where I’m supposed to be right now, and this is my path. I’m an older youth, and they need representation as well.”

For more information on the HRC Foundation’s Youth Ambassador program, visit hrc.org/resources/youth-ambassadors. Keep up with Alise Maxie on Instagram @lbb.maxie.