Houston transgender activist Atlantis Narcisse has launched a memorial fund for Jared Jonte Jacobs, the 25-year-old nurse and innocent bystander who was killed early Thursday outside a Montrose gay bar.

“On March 22, 2018, the Houston LGBTQ community lost one of its community gems, Jared Jonté Jacobs, due to a senseless act of violence that could have and should have been prevented,” the fundraising page states. “Jared, who was 25 years old at the time, was a proud 2017 Lamar University graduate with a nursing degree who had a bright and promising future. He was a son, brother, nephew, cousin, and friend. He is survived by a loving support system of family and friends who have asked that the Montrose Center create this fund in his memory. Our hearts are extended to the family and friends who mourn the loss of such a shining star in their lives.

“If you would like to help Jared’s family with the expenses associated with this unfortunate and untimely loss, we invite you to give to this fund by clicking Make a Donation. All proceeds (minus processing fees for online transactions) will be given directly to his family.”

Impulse Group Houston also issued a statement concerning Jacobs’ death, which you can read below. 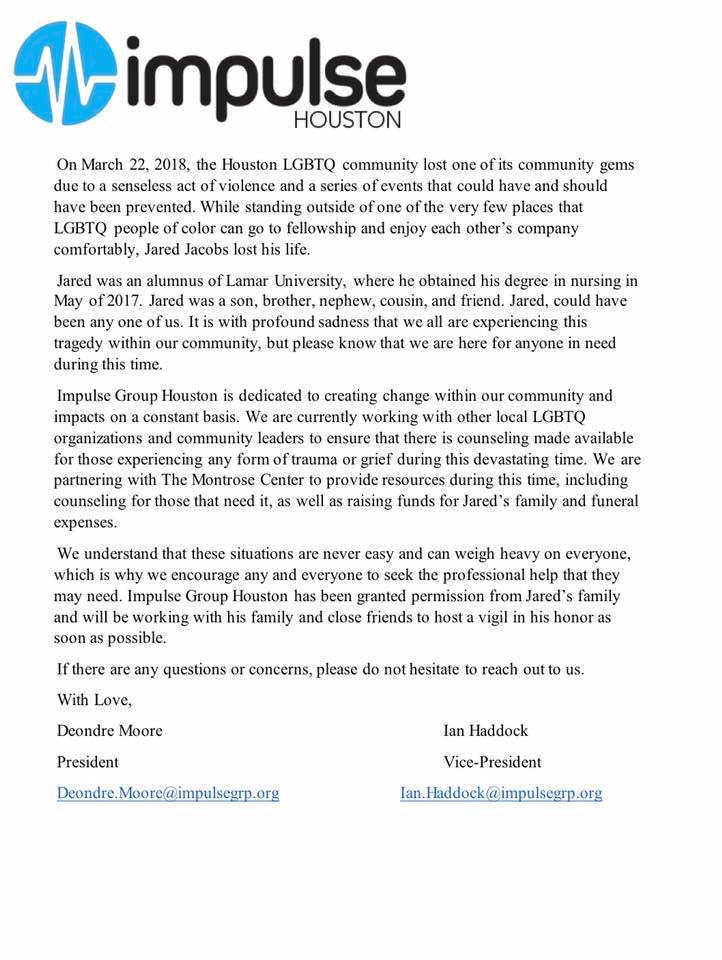