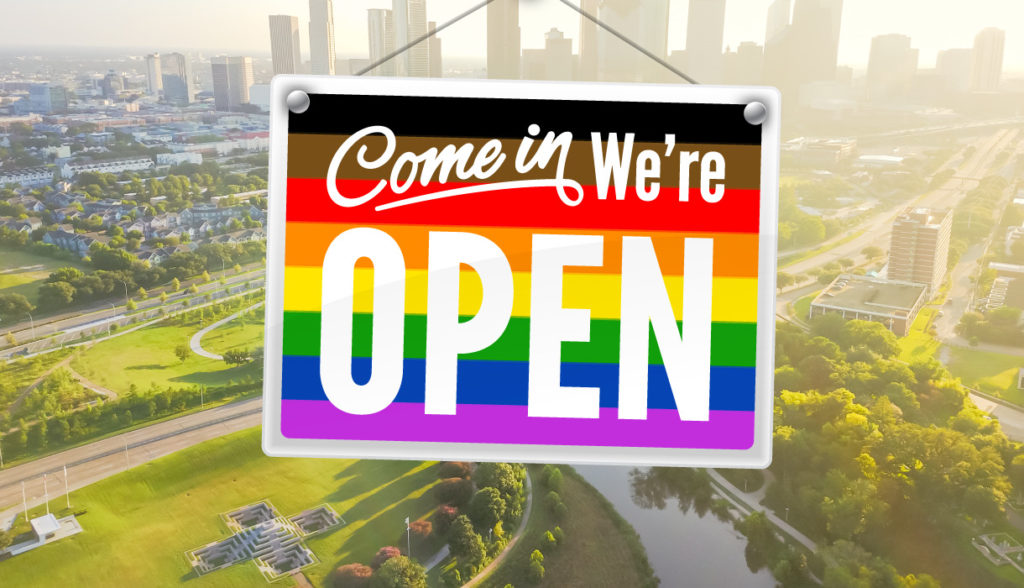 In a historic move, Houston now joins 30 other cities, counties, and states that include LGBTQ businesses in their procurement process.

On March 4, Houston Mayor Sylvester Turner signed an executive order including LGBTQ-certified businesses in the City’s procurement process, making Houston the first city in Texas to take this step for inclusion.

“The signing of this executive order coincides with the five-year anniversary of the Greater Houston LGBT Chamber, and I am especially proud to celebrate these two historic milestones,” said Turner in a press release. “The City of Houston has always been committed to providing fair and equal access to economic and contracting opportunities to all eligible businesses, and we are proud to formally memorialize this commitment to the LGBTQ community.”

The executive order directs the City’s Office of Business Opportunity (OBO) to include LGBTQ-certified businesses in the procurement process along with minority, women, small business, and persons with disabilities enterprises.

“It gives our community businesses access,” says Greater Houston LGBT Chamber of Commerce Co-Founder, President, and CEO Tammi Wallace. “It doesn’t mean they will win a contract—they still have to bid, but it gives them a seat at the table. And it means they have access to other resources of the OBO such as workshops, online tools, legal aid, and business development, which we traditionally have not had.”

Since its founding five years ago, the Greater Houston LGBT Chamber of Commerce has expanded the number of LGBTQ-certified businesses throughout Texas, and created economic opportunities for its members. The National LGBT Chamber of Commerce (NGLCC) certifies the businesses, and any LGBTQ business who maintains its local Chamber membership will have the certification fee waived. (See houstonlgbtchamber.com/lgbt-business-certification/ for further information on the process.)

According to NGLCC, LGBTQ businesses contribute $1.7 trillion to the U.S. economy, and create more than 33,000 jobs.

“I am so excited to be able to say, ‘Houston, we have progress!’ thanks to the leadership of Mayor Turner, the Office of Business Opportunity, the NGLCC, and the outstanding Greater Houston LGBT Chamber of Commerce affiliate,” says Jonathan Lovitz, the senior vice president of NGLCC. “We simply cannot achieve full equality without economic equality, and Houston is proving that every city in America can and should lead on issues of equality by declaring itself ‘open for business’ with every community who lives there. I consider it a tremendous honor to be able to lead these advocacy efforts for the NGLCC and the LGBT business community, especially when it helps shatter myths about where and how LGBT progress can be achieved. What we’ve now done in Houston will be replicated throughout Texas, and throughout America. Houston, the ‘city with no limits,’ will help ensure that economic opportunity for our community continues to be limitless.”

In February 2019, Nashville became the first city in the South to recognize the contributions of its LGBTQ-owned businesses with an executive order signed by Mayor David Briley. The order affirms LGBTQ-owned business inclusion as a recognized category for Metro procurement and contracting. In July 2019, Los Angeles became the biggest municipality to take action, following the lead of Orlando, Nashville, and Baltimore.

Governments are using various legal devices, from mayoral executive orders to municipal ordinances. In October of 2020, Louisville passed an updated business-diversity ordinance that added certified LGBTQ-owned businesses to the city’s existing supplier-diversity program. In January of this year, New York City became the largest city to include LGBTQ-certified businesses via an administrative order from Mayor Bill de Blasio.

“If not for the pandemic,” says Wallace, “this would have happened sooner in Houston. We’ve been working with Mayor Turner and his staff on this for five years—first with education and certification, and then with the legalities involved. But with this, Mayor Turner is sending a strong, strong signal that Houston is open for business for all.”