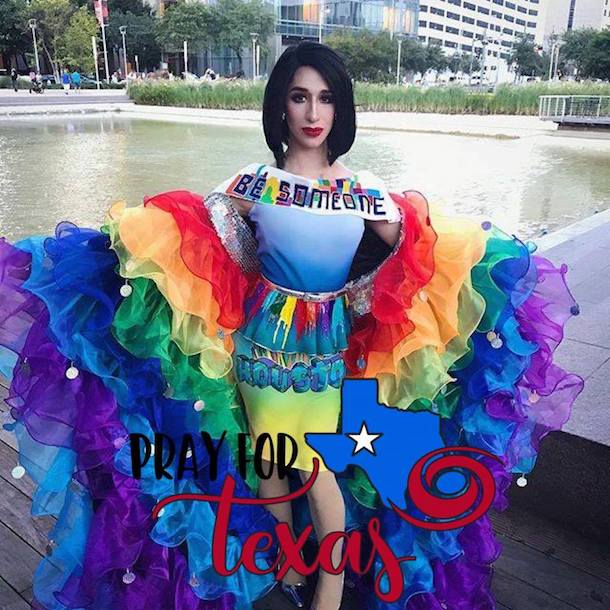 “The catastrophic and historic impact of Hurricane Harvey will be felt by the LGBTQ community of Houston, Texas for days, months, and potentially years to come,” the Montrose Center wrote. “With more than 35,000 clients in core programs, we are already learning of staff and community members who have lost everything”

The center’s LGBTQ Hurricane Harvey Disaster Relief Fund will be used to help individuals and families rebuild their lives through counseling and case management, in addition to providing direct assistance with food, furniture, housing and more. “The Center’s dedicated case management team will be on call to help homeless youth, seniors, people living with HIV, hate crime survivors, and those devastated by the storm.”

As of Monday morning, Harvey had left at least five people dead in Texas, including two in Houston and two in Galveston County. The storm dumped more than 24 inches of rain on Houston in a 24-hour period this weekend, causing unprecedented, catastrophic flooding across the city. Another 27 inches are expected to fall over the next several days. The Federal Emergency Management Agency said it expected more than 450,000 people in Texas to register as disaster victims and 30,000 to be in shelters.

The Houston-based Transgender Foundation of America has also launched a fund to assist Harvey victims.

“TFA is creating this fund because trans, intersex, and genderqueer individuals have historically experienced significant difficulties in natural disaster situations,” the group wrote. “This fund will be used to help this historically underserved community recover from this catastrophic event. If needed, the fund will also help with burial costs for community members who’ve lost their lives in this historic disaster.”