December is the season of giving, and one of Montrose’s philanthropic groups, The Misfits, is celebrating 30 years of service and community to Houston’s LGBTQ organizations and people. To celebrate its anniversary, the group is gathering to do what they normally do once a month: raise money through selling Jello shots at Ripcord, 715 Fairview, on the evening of December 17. They’ll also collect gifts for Toys for Tots and stage photos with Daddy Santa.

The group was founded originally by Creath Robinson and Bill Havard as a Levi’s and leather club. Lifetime member Robert Hammond recalls, “It goes back to Creath being sick of the politics of all the other social clubs. He just had enough. He didn’t want to deal with that anymore. He needed something different.” 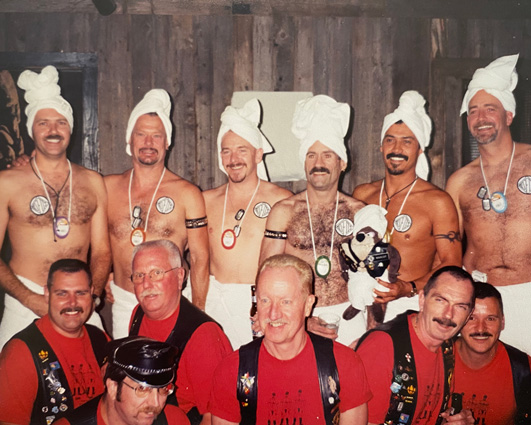 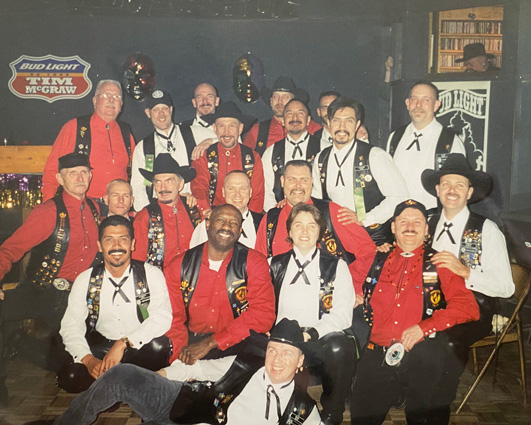 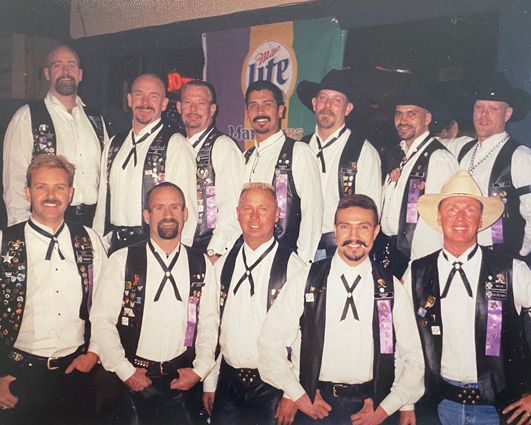 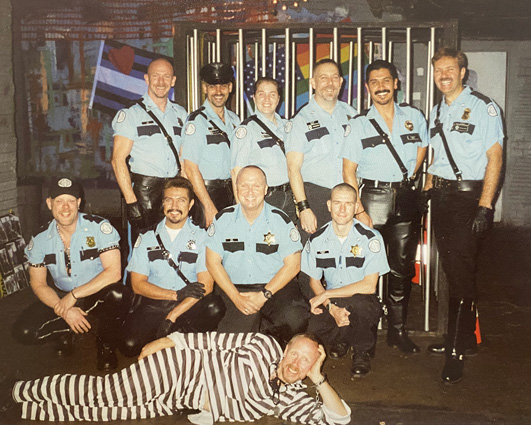 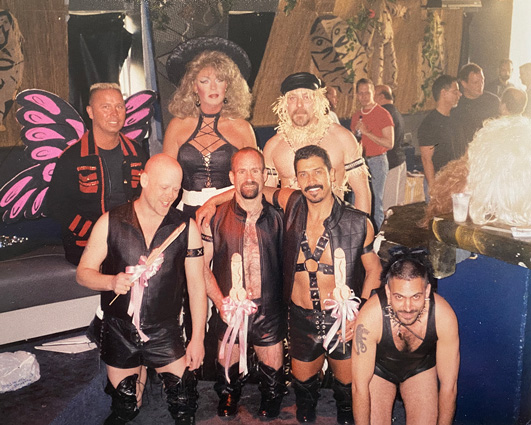 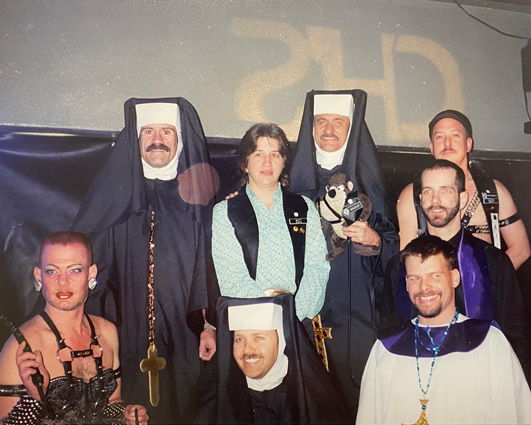 Born from the desire for something new, Robinson and Havard adopted a logo that became an important symbol for the group: a square peg in a round hole. To describe the meaning behind the shapes, lifetime member Scott Fuhr-Kenyon said, “these are guys who may or may not fit in with other groups. A lot of leather clubs are built on fetishes. There’s other ones that are built on very specific interests. Our club has always been more about what you can bring to it and what your skills are.”

The group originally met at the Brazos River Bottom, and they executed their fundraisers by performing drag skits. Instead of the usual glamourous showgirls that some might think of when they imagine drag, The Misfits instead were obviously men who lip synched to the women’s voices in the music. The musical Chicago was often a popular source of inspiration.

Over time, though, the club morphed into something edgier. They dropped the country western outfits and started viewing themselves as solely a leather club. They also moved their home bar to Ripcord for their monthly fundraising events.

They also decided to take a more ambitious approach to how they collected charitable dollars. Instead of holding several small fundraisers for various nonprofits, they decided to consolidate and use monthly fundraisers to pay for The Misfits Ball, and then they used all the proceeds from the ball to benefit one charity.

The Misfits Ball evolved into GLUE weekend, which stands for gear, leather, uniforms, etc. Held over three days, each element is highlighted during its own celebration. The group is still in the planning process, but they expect to host GLUE in October this year.

The process of choosing GLUE’s charity partner each year also takes a bit of coordination. 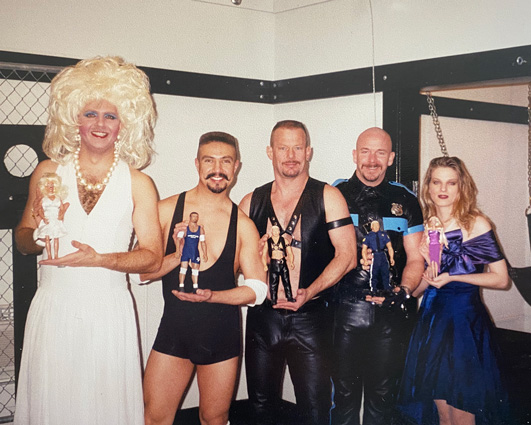 “When we’re choosing a beneficiary, we know what we’re able to raise. We’re not going to raise one million dollars, but we’re going to give them more than $50. We look at organizations that have a particular need, and we always decide as a group who it is that we’re going to support. But a lot of times, we start out with a concept of what we want to support, and then we go find the organizations around that idea,” Fuhr-Kenyon said.

The group’s numbers have fluctuated over the years, but currently they have 12 core members, and they’re always willing to consider adding more.

Misfits President Carl Jones describes the pledging process as follows, “You have to show up to three events on our designated bar night. Then, you can come to our business meeting, which is the Tuesday before each bar night. That shows us that you are serious about pledging and remaining committed. After that, you declare your intention is to pledge, and we vote. Once accepted, you are considered a beta pledge, and that starts your pledge process from that day forward.”

Hammond reminisces about his time with The Misfits and reasons why people should consider pledging.

“The things that I’ve been able to do with these brothers, it’s like a fraternity. I enjoyed the camaraderie, getting together and being with guys I wanted to be around,” he says. “It was all about having fun. We don’t have the stringent rules you had to abide by. Anyone can come in and have fun and be part of The Misfits.” 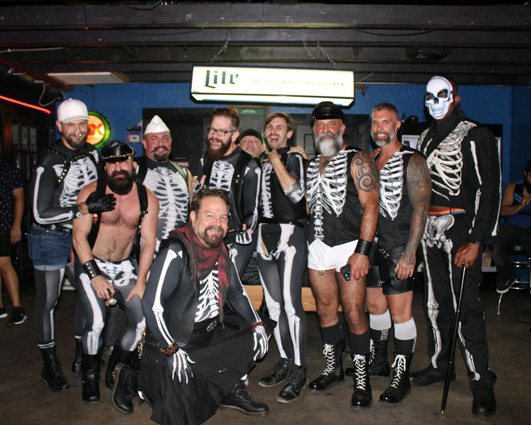 As for the future of the group, Jones has a few ideas he’d like to implement.

“One of the things I want to do is to increase our communications with our lifetime members. I was in a fraternity in college, so I’m big on alumni relations. I’m taking from the rubric from what I learned in college and reaching out more frequently to gain their involvement. They’ve done so much for us in the past, and I want to make sure that they’re aware of what The Misfits are doing now,” he said.

He adds, “Another part is outreach with other organizations. We’ve started to work more with the Bayou City Pups and with our sister club, the Dallas Fire Dancers. We want to reach out to other organizations in the Gulf Coast area and expand our footprint. We can do a lot of good here in Houston, but there’s other organizations that we can support, even if that’s just showing up to their events and offering our support.”

What: The Misfits 30th Anniversary
When: December 17
Where: Ripcord, 715 Fairview St.

For more information about The Misfits, visit misfitshouston.com.