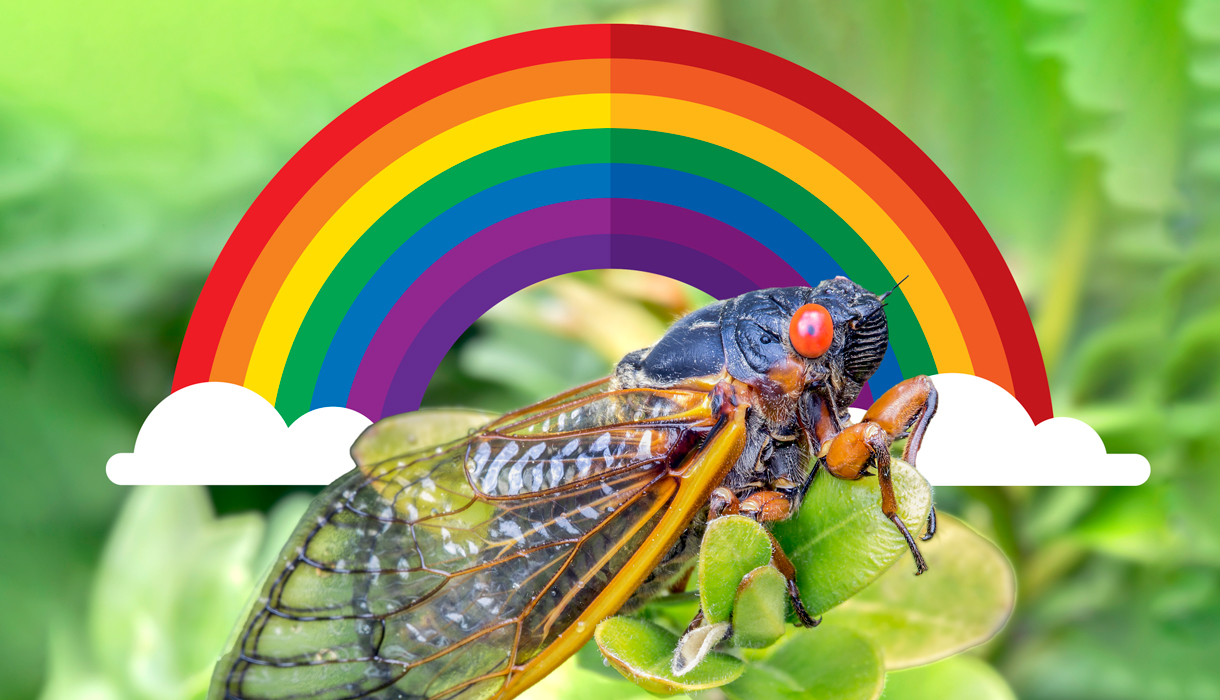 Cicadas—those bugs that emerge from the ground every 17 years—are known to screech like banshees for about six weeks while they do what humans politely call “mattress thrashing.” After their whoopee time is over, they lay eggs deep in the ground, where they wait to emerge in another 17 years.

This is their big coming-out year—the first time we’ve heard from them since the spring of 2004.

Back then, love was also in the air for LGBTQ couples in Massachusetts, which became the first state to legalize gay marriage. That happened on May 17, 2004. Nifty, right?

Also in 2004, Bush was president, Mark Zuckerberg was busy launching Facebook from his dorm room at Harvard, and Janet Jackson had her “wardrobe malfunction” with Justin Timberlake during her Super Bowl halftime show in Houston (another coming-out moment, of sorts, for the female anatomy, if you catch my drift).

There are those who say that the cicadas will be screeching this time around when they find out that the minimum wage has only increased by $2.10 since their last appearance. Or that the final episode of Friends was also in 2004. Or that their carefully tended MySpace page was sent hurtling into the sun while they were busy tunneling underground.

For the most part, cicadas are Yankee critters that stay up north. They say there are no cicadas in Houston, but I don’t believe it. Everyone heads down south at some point, and the most outlandish and fun cicadas would love Houston. But my friend Thelma over at the hardware store says cicadas won’t come to Houston because the word cicada sounds charmingly edible, so we’d figure out how to fry ’em up and eat ’em before they could even make it to the whoopee part.

It used to be that people couldn’t find Houston with a map, a sherpa, and a mission statement. But Darlin’, all that has changed. Now we’re famous. And once the word gets out, you know what’s next: kudzu, cicadas, and a few fads that have worn out their welcome in Austin.

Look, if something is going to make a comeback after 17 years, it ought to be go-go boots. Or maybe swanky smoking jackets, fancy Jello molds, and waterbeds.

And if there were any cicadas here 17 years ago to dig in and wait for 2021, they’d never re-emerge today because we’ve paved over every damn thing. All you’d hear is the sound of their poor little heads bumping up against some parking-lot asphalt.

In other news, here’s something that will make you smile: the National Rifle Association (NRA) filed bankruptcy papers after its leaders spent millions on yachts, tailored suits (which still look like they went through the dishwasher), living expenses for girlfriends, bonuses, lobster dinners, and stuff you’d never think of owning yourself.

The NRA had planned to go belly up, stiff their creditors in bankruptcy court, and then immediately reopen in Texas (where corporate malfeasance is both expected and admired).

Not only did a federal judge in Dallas throw out their Texas scheme, but here’s the dandy part: that judge’s name is The Honorable Harlin D. “Cooter” Hale. No, seriously. It’s on his letterhead. Honey, a Texas man named Cooter took down the NRA. I could not be prouder.