Pride Month is a time when the LGBTQ community and its allies come together, wave rainbow flags, attend celebrations, and join in a united front to say, “We’re here, we’re queer, get used to it.” During all the other months of the year, activists like Raleigh Jefferson work tirelessly to bridge the gaps within the community, provide proactive support systems for LGBTQ folks, and still manage to have fun in the process.

When this activist for the LGBTQ community is asked about her preferred pronouns, she replie 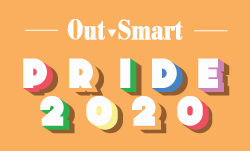 s simply, “She/her/hers/queen,” pauses, and then bursts out into laughter. “Play around with them! That’s how people become more adaptable to using preferred pronouns,” Jefferson says, urging people from all walks of life to take the pressure off of themselves and make pronouns a fun learning experience. The 32-year-old has seen firsthand how using her pronouns has had a ripple effect throughout the University of Houston, where she works full-time. “We started incorporating our pronouns on retreats, and even toyed around with putting them on our university name badges,” Jefferson recalls. “We are seeing a lot of other offices introducing themselves with their pronouns. It’s starting to catch on.”

“My hope is that, in the near future, our allies and our brothers and sisters in the community would start standing on the frontlines with trans people. We are stronger in numbers.”

Jefferson is the office coordinator for both the Women and Gender Resource Center and the LGBTQ Resource Center on the UH campus—two groups that she sees working hand-in-hand. “It took me a while to realize that a lot of women’s-rights issues are the same fight that LGBTQ individuals are [having],” she says with intent. “Women have been at the forefront of practically every fight throughout the years. I’m not saying men aren’t powerful, but sometimes things require a delicate touch.”

In her role at the LGBTQ Resource Center, she is able to interact with students so frequently that she has assumed the nickname Mama Raleigh. “They know they can talk to me about anything, regardless of the situation,” she says, speaking fondly of the students she works with. While her professional focus is primarily on keeping the Center running smoothly, Jefferson says the entire team works to maintain a safe space for the students. “It’s a space of respect, equal opportunity, and support. There is no judgment,” she emphasizes.

One popular Resource Center activity that the students partake in might not seem like a big deal to some, but Jefferson knows otherwise. Seeing students napping in the Center is a testament to the nurturing environment she and her team have cultivated. “Several students come in to take naps. I noticed they were so tired and cold, so I went out and got some blankets,” the fierce mother figure explains. “It’s reassuring to know that people feel safe to sleep in this space.”

The young and energetic activist is making her mark on Space City as an ambassador for I Am Life, a Houston Health Department HIV-prevention campaign, and as a member of Save Our Sisters United, which Jefferson describes as “an organization where trans and cisgender women of color come together to talk about various topics.” She explains how the “small but mighty” group offers discussion sessions, panels, and even fundraising initiatives. Save Our Sisters just completed work on a COVID-19 relief fund for trans women in Houston. Jefferson speaks confidently about the importance of groups like this, and looks forward to its continued growth and impact in the community.

While it may seem like her life is overwhelmed with 24/7 activism and work, Jefferson knows how to let loose and enjoy herself—and Pride Month is no exception. “For me, to go to Pride and see people being their true, authentic selves is a breath of fresh air!” she says. “To see the support trans women receive during Pride is mind-blowing. Pride, to me, is being able to own who you are without apologies—no ifs, ands, or buts about it. That’s how you create a history for yourself. It’s seeing the entire LGBTQ community support one another, as well as allies from all over the world rise up to show love to the community. It’s refreshing to see the diversity of supporters during Pride Month.”

Looking ahead, Jefferson is hopeful that those within the LGBTQ community, in any capacity, will realize that we are all on the same team in the fight against injustice, and that there is power in numbers. “My hope is that, in the near future, our allies and our brothers and sisters in the community would start standing on the frontlines with trans people,” she notes. “We are stronger in numbers, but now we are so divided as the LGBTQ community. Each group within the group is fighting their own fight. We should come together to tackle these fights together. I assure you, in large numbers, you will see results.”

For more information about UH’s LGBTQ Resource Center, visit uh.edu/lgbtq. Learn more about the I Am Life campaign at houstoniamlife.com. Check out Save Our Sisters on Facebook at facebook.com/saveoursistersunited.