Dane Ashton plans on being a sex therapist after he gets his master’s degree. Right now, he’s working on his undergrad degree in psychology at the University of Houston. 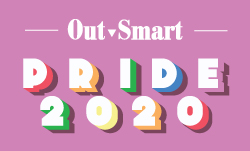 and coordinator for the Sexuality and Gender Acceptance (SAGA) Squad at the UH LGBTQ Resource Center, which provides safe spaces and programs for the university’s queer students. Ashton, a 22-year-old transgender man, was also a previous SAGA Squad ambassador, the former vice president for GLOBAL (a social LGBTQIA organization on campus), and a founding member of the Gender Diversity Living Learning Community on campus. He is well-versed in the many on-campus and off-campus resources available for trans students.

“The pandemic hit right as my work-study program ended,” says the Houston native, “and the university started a hiring freeze.” Fortunately, he’s already been told that UH will hire him back in the fall. “The mentorship program is very important,” Ashton says. “I plan events, help out students, and train other mentors.”

Even as the Texas economy reopens, a lot of people will still choose to stay home. Ashton has some good emotional advice for those who are avoiding social contact. “Reaching out right now is a really good idea,” he says. “Make new friends on social media and reconnect with old friends. If they are your friends on Facebook, they’ll probably like a phone call from you. I know that I reply a lot more on social media than I did before all this started. Now it’s common for me to spend an hour on the phone with someone. Social contact is important, but please keep your distance.”

Since he’s not working now, Ashton plans on taking online summer courses. He has another year at the University of Houston before he chooses a graduate school, and then he’ll likely go into private practice.

Sewing is a hobby of his, and he’s very good at it. He took a fashion course in high school and went to work for NASA, sewing fabric storage bags and designing food pantries for the International Space Station. Now he designs and sews period costumes that he wears at the Texas Renaissance Festival. “I have gone to the festival every year for the past ten years,” Ashton says. (Theater is another interest of his.) And of course, he’s recently been sewing a lot of face masks and giving them to family and friends.

Another hobby of his is baking. “Today I made this pudding pie thing called Texas Yum Yum. It’s comfort food for the lockdown.” You can find the recipe for the chocolate and vanilla layered no-bake pudding pie on allrecipes.com.

Ashton is also really looking forward to the Houston Pride events. “Last year was my very first Pride,” Ashton says. “I really enjoyed it; it was fun. My friend and I went to the festival and then to some of the parties.” Pride Houston’s Executive Director, Lo Roberts, announced that although the June festival and parade would be postponed until the fall, they are planning some smaller virtual events for the June Pride Month.

Ashton is also hoping there will be some virtual Pride parties that he can dress up for. “I’ve got some new mesh shirts. I don’t know about any particular virtual Pride events, but if my Facebook friends don’t clue me in I’ll just celebrate it on my own page!”

For more information about the University of Houston’s LGBTQ resource center, visit uh.edu/lgbtq/