One year after its launch, the Montrose Center’s LGBTQ Hurricane Harvey Relief Fund has raised more than $1.26 million and assisted over 1,100 survivors.

The fund was launched Aug. 27, 2017, while the storm was still hammering Houston. It became one of the largest LGBTQ natural disaster relief funds in history, more than doubling its initial half-million dollar goal. The $1,269,680 raised has gone toward helping 1,137 victims, according to Montrose Center spokesperson Bianca Gomez.

“The Montrose Center’s Hurricane Harvey LGBTQ Disaster Relief Fund is designed to provide services to those that are traditionally overlooked and have unique needs,” Gomez said Monday. “The management of these allocated resources by a trusted community institution that understands the needs of this population is imperative.” 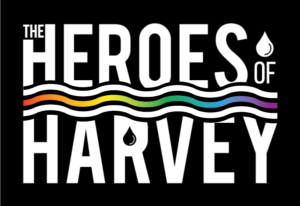 The Montrose Center currently assists about 30 storm survivors per month, both with mental health services and through direct assistance, Gomez says.

The fund is designed to help individuals and families rebuild their lives through counseling and case management, in addition to providing direct assistance with food, furniture, housing and more.

With celebrity support, the fund went viral on social media, and was covered by several mainstream media outlets.

As of Monday, 60 percent of monies raised had been spent, and the Montrose Center is no longer accepting donations to the fund.

Gomez said anyone still in need of assistance can apply online.

“We are helping everyone as they apply and have their documents in order,” Gomez said.