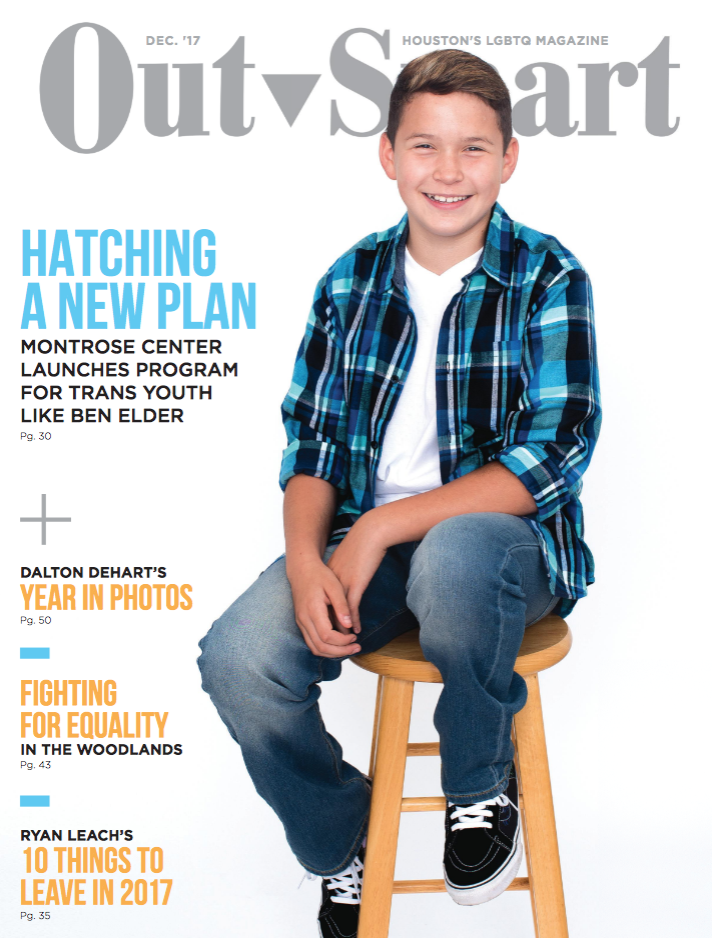 If I had to choose an “LGBTQ Texan of the Year” for 2017, it might very well be a collective one: transgender youth and their families.

So perhaps it’s only fitting that our final issue of the year features a cover story about the Montrose Center’s groundbreaking new program geared toward trans kids, HATCH Junior.

These vulnerable children and their supportive parents bore the brunt of efforts to pass an anti-trans bathroom bill during this year’s legislative session in Austin. But they stood up and fought back—testifying in droves against the measures, and bravely sharing their stories in the media. Ultimately, with an assist from the business community, they prevailed.

Kim Hogstrom’s piece on HATCH Junior highlights two local families, the Elders and Shappleys, who have been on the front lines of the so-called bathroom wars—and who have in some ways become the public faces of the post-Obergefell LGBTQ movement. Kudos to the Montrose Center for recognizing the need for this program.

But it isn’t just trans kids who are making headlines. Trans woman Danielle Healey, one of Houston’s top patent attorneys, is now literally pleading the case for equality, as Lourdes Zavaleta reports.

And cisgender, LGB youth are doing great things, too. Don’t miss Hogstrom’s piece on a new group for LGBTQ people and allies in The Woodlands, which was co-founded by 15-year-old Jasmine Harrell.

Elsewhere in our December issue, Ryan Leach runs down his annual list of “Things to Leave Behind” for 2017—which, not surprisingly, includes a few prominent supporters of the aforementioned bathroom bills. Leach notes that from Tropical Storm Harvey to the Astros’ World Series victory, it’s been a big year for Houston, though not always in a good way.

OutSmart photographer Dalton DeHart, who’s been documenting the local LGBTQ community for 32 years, also shares his Year in Review, and gives us an update on the nonprofit foundation he established to preserve his archives.

Finally, in the the spirit of the season, don’t miss our annual Gift Guide. Plus, Joanna O’Leary ticks off the best places in the Houston area to see holiday lights, and Don Maines talks to renowned gay composer Ricky Ian Gordon about the premiere of his Christmas-themed musical at the Houston Grand Opera.