Who’s the boss? Tommie Ross. This nine-time national pageant titleholder is the epitome of elegance and grace. She originally started her drag career under the moniker “Ross” because she performed Diana Ross songs exclusively. Then she entered her first pageant and was told—incorrectly—that she needed a first name to compete. Since “Tommie” is her birth name, it was a no-brainer. She became Tommie Ross, and now—accidental or not—it’s a name no one will ever forget.

Inner avatar?
She is a fearless, God-fearing and unapologetic Black female figure.

How did you get started in drag?
On that Halloween night at The Cove disco, I started performing a medley by The Supremes on the dance floor. People stopped dancing to watch me, and the rest is history.

What does Pride Month mean to you?
Pride Month is merely the reminder of how we should live and be throughout the year. It’s a reminder of all the sacrifices that have been made so we can unapologetically be ourselves, hold our heads high, and remain unashamed.

What did you feel when you were recognized by Pride Houston 365 in 2020 as a grand marshal?
It still is unbelievable that I am the very first Black trans woman voted to be the female-identifying grand marshal for Houston. I am filled with so much pride and humbleness.

Who are your idols?
My drag idols are the iconic legends I first saw at The Copa in Houston: Donna Day, Naomi Sims, Hot Chocolate, and Tasha Kohl.

What advice would you give to up-and-coming performers?
Always respect yourself. 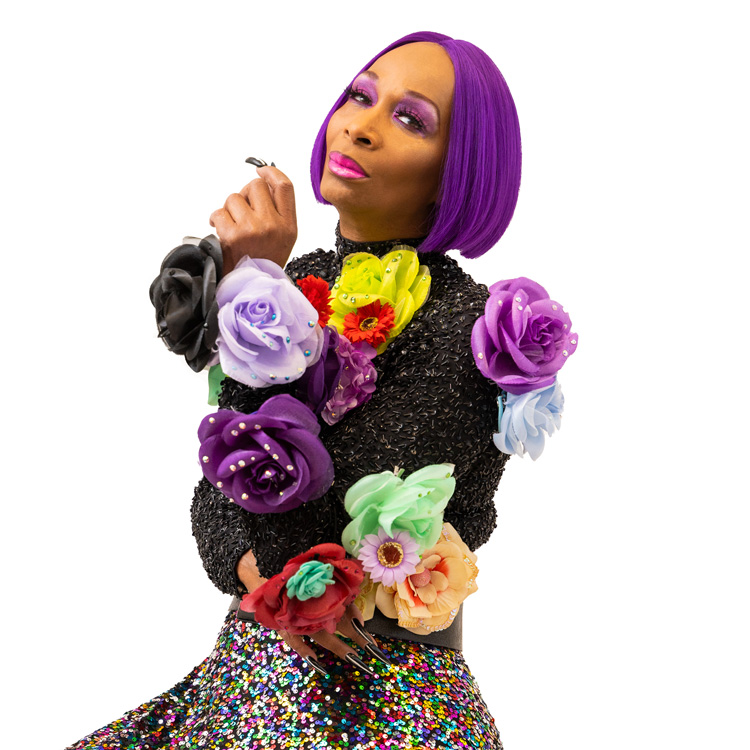 Discuss your pageant history.
I won my first national Miss Gay USofA in 1988 in Indianapolis. My win made the 5 o’clock world news because people came [from all over] with picket signs to try to stop the pageant, not realizing they gave the pageant more attention.

What illusions do you perform?
Diana Ross definitely started my career and has gained me much respect in the community. All of my national titles were won doing Diana Ross as a character. Other illusions include Sade, Whitney Houston, Jody Watley, and Erykah Badu.

Where can people see you perform?
Hamburger Mary’s Houston.

What would you want the world to know about Houston’s drag scene?
Any type of drag can be found here in Houston on any given night. There is something for everyone’s tastes.

What would you want the world to know about our LGBTQ communities during Pride Month?
Don’t just tolerate us for the month of June. Get to know us, and you will learn to love and respect us.