Dr. Demetre Daskalakis, 49, is the queer physician and activist at the forefront of the fight against the monkeypox outbreak that has been looming large for many gay, bisexual, and queer men who have sex with men. In July, Daskalakis was selected by President Biden to serve as the deputy coordinator of the White House National Monkeypox Response team.

Although progress is being made in containing the virus, Daskalakis notes that there is still work to do even as we proceed with cautious optimism. “This is not the time to pull back on the gas pedal. We have seen so much momentum and positive change. If you haven’t been vaccinated, get vaccinated. And if you have already received your first shot, then make sure to get your second shot. I think of it this way: if you are watching Star Trek and their ship is getting attacked, do they put their forcefield up to level 5 or level 10? They put it up to 10. Getting only one monkeypox shot is like putting your forcefield up to only 5. So get that second shot.”

In Texas, access to the vaccine has varied from region to region. Early on, Houstonians were experiencing long delays and fumbles as both the City and County health departments scrambled to respond. Many of those services have improved, in large part due to the work of Daskalakis.

The good doctor has dedicated his career to fighting infectious diseases. He attended NYU for medical school and then completed his postgraduate medical training at Harvard Medical School in 2003 before earning a Master of Public Health degree from Harvard’s T.H. Chan School of Public Health in 2012. And just a year later, he was largely credited with halting New York City’s meningitis outbreak. During his time with the New York City Department of Health and the New York City Department of Mental Health and Hygiene, the City recorded the lowest rates of HIV transmission in history.

Daskalakis also brings his unapologetically queer identity to the table. While some conservative news outlets have mocked him for his numerous tattoos or “high-fashion harnesses by Zana Bayne,” the queer community most impacted by the outbreak finds comfort in knowing that one of their own is fighting alongside them to help prevent further spread.

“I lead with my work. Monkeypox is not the first outbreak I have worked on. My work on HIV, meningitis, and COVID stands on its own,” Daskalakis notes. “But my identity is another part of why I am able to do what I love to do. Everyone’s hero is someone else’s villain. I want to make sure I am the right people’s hero. Also, my skin is like a pachyderm, and as long as I am doing the right thing for my community and public health, all the rest is noise.”

Recent national trends show a deceleration in new monkeypox cases as behavioral changes and vaccinations have proven to be effective. But there are still significant concerns related to equitable access to the vaccines. Black and Latino men who have sex with men represent both the largest increase in infections and the lowest rates of vaccination, while white LGBTQ men have had the greatest access to the vaccines.

Daskalakis is working to close this access gap. “We are really intentionally trying to do equity work, and we’ve launched a couple of equity interventions. There are large ones—the best example being Black Pride in Atlanta, where 4,000 vaccines were distributed and 70 percent of the recipients were people of color. We have also done smaller interventions as well, which are just as important—for example, going to medium-sized events or even a bar to do vaccines.”

Because the White House has initiated this vaccine program, Daskalakis, along with the program’s director, Bob Fenton Jr., have the ability to look out over all of the agencies that work on this response. One of their strategies involves “flex funding” to redirect existing grants from programs like the Ryan White Foundation to fight monkeypox.

Then there is the practical side of public health that Daskalakis can relate to as a queer man. In Houston, some of the early barriers to vaccines were related to stigma. You could only receive a vaccination if you were either on PrEP, had experienced an STI in recent months, or had been in close contact with an infected person. These requirements were put in place due to the initial vaccine shortages, but it contributed to a harmful narrative that was all too familiar in the queer community. Daskalakis has helped to address this through his work.

“We’ve heard so much from people who are concerned about getting the vaccine on the forearm, because it leaves a very identifiable mark. People are concerned this could reveal their gender identity or sexual orientation. We heard this [concern and are now] working with the CDC and FDA to change where the vac- cination can be administered. Now people can receive the shot on the upper part of their back or shoulder, in a place that is more discreet,” Daskalakis explains.

Most recently, the national monkeypox vaccine strategy shifted to a pre-exposure prophylaxis model, thereby removing a stigma by increasing the number of people eligible for vaccines. This addressed the problem that closeted men had with standing in a vaccine line that could reveal to others that they were eligible for the vaccine because they reported having sex with other men.

There is still much to do, but things are moving in the right direction. And as we have learned from COVID, things don’t always go as fast as we might want them to. Daskalakis says the same applies with monkeypox. “This is a long game, not a short game.” 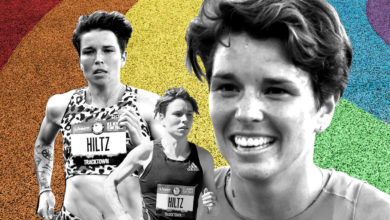 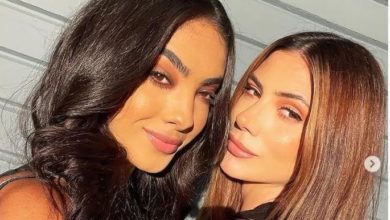 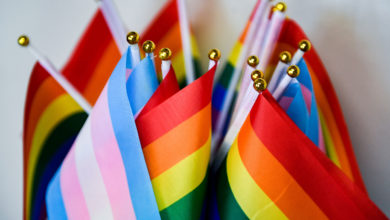 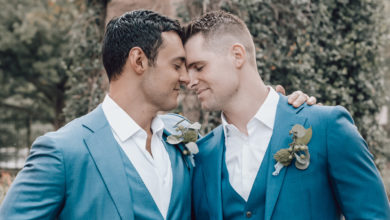 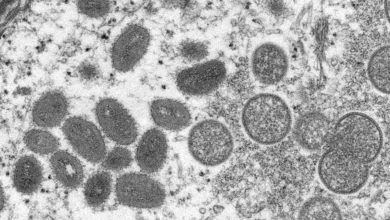