Sis may just be the queen of manifesting her own destiny. Watching Barney & Friends on TV as a young child convinced the Houston native to be a performer. “I just remember thinking, ‘I want to be a part of that. I want to be in that world, and with this purple dinosaur,” she recalls.

Sis may not have performed with Barney, but she has made her dreams of being part of the television world come true. This year, audiences can see her as Dunaway on FX’s American Horror Story: New York City.

Sis has climbed professional ladders rung by rung since leaving Houston. From being a background character on the third season of Ryan Murphy’s POSE and a guest on The Last O.G. to being a featured Horror Story character on AHS: NYC, Sis has put in the work and the sweat equity to get to where she is today. “I’ve gotten to move up [as I learned] how acting on TV works,” she says. “I got to see what it’s like to just exist in the background, then to come in one day and do a role, and then to come in and actually be a part of the story.”

Sis got her start performing on professional stages in Houston and as Ado Annie on the 2021–22 national tour of the 2019 Broadway revival of Oklahoma!. Being on POSE was a huge step in her career, but taking background work on the show wasn’t something her agents were thrilled for her to do. “I told myself before moving to New York in 2019 that all I want is to be on POSE,” Sis remembers. “I did it, and I didn’t care if it was background. I didn’t care what it was. I just wanted to be on POSE, and so that dream came true.”

POSE also gave her a chance to embrace and affirm her identity. “I think it is the best door-opening experience I’ll ever have,” she says. “This was my first time being on a set, and my first-ever TV director was Janet Mock. So all I know in my life is having a black trans woman as a television director.”

Her early work on the POSE set proved to be invaluable because of the praise and advice she got from fellow cast members. In a heartfelt moment, Dominique Jackson told her, “I’ve watched you as you’ve been filming with us, and you got it. You’re a star! You need to keep going, because you got it.” 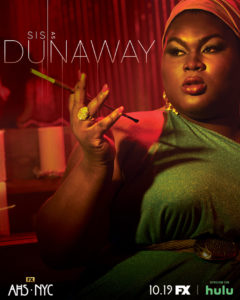 “We’re getting to the point in the world where human beings are so specific that [a show’s characters] are being written [to spotlight] these specific personalities, and I think that was [a] blessing…” Sis explains. “Even with Oklahoma!, I really got to bring authenticity to these characters and these people, because we’re finally getting to see that they actually did exist, and they actually do exist—and not solely on the fringes or in the background. These people have story lines because they have story lines in the real world. The beauty of it and the affirmations of it is that this dark-skinned, plus-size Black trans woman does exist, and has existed. So now I’m getting the opportunity to do that and be confident, sexual, and authentic—to be somebody that people enjoy watching on TV or onstage.” 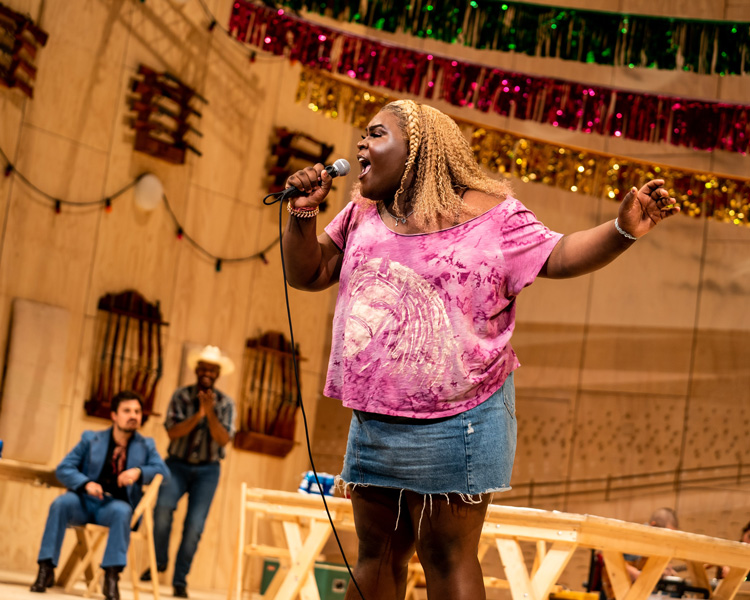 When the cameras stop rolling or the curtain comes down, Sis actively works to ensure greater equity and access for all. “Every time I [advanced professionally], I wanted to make sure that I was able to give back and uplift the communities [whose shoulders] I was standing on,” she notes. “That’s why my organizations—Thee Open House Project and The Next Generation Project—and my advocacy within entertainment spaces—affect the personal work that I’m doing in making sure that we have someone that people can look up to, to connect with, and create an equitable lane to get others to where we are.” 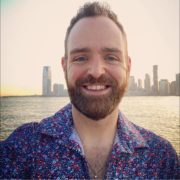