SIX, the new touring show presented by Memorial Hermann Broadway Across America at the Hobby Center, is as much fun as you can have when people are singing about being beheaded and otherwise abused by a lout of  a husband.

Written by Toby Marlow and Lucy Moss, with costumes by Gabriella Slade, the show’s premise is simple. Henry the VIII’s six wives get together and have a contest to see which woman suffered the most while married to the king. Each woman recounts her struggles as Queen through song. The audience will decide the winner by round of applause.

Given that two were brutally beheaded, two more were unjustly divorced and discarded, another died in childbirth, and only one survived her marriage, there’s lots of musical misery to choose from.

An instant hit on Broadway, SIX won 23 awards during the 2021/2022 season. Among them was a Tony Award® for the Best Original Score and a nod from the Outer Critics Circle for Best Musical.

The standout talents in the SIX cast

The touring production is no less appealing. Filled with high-energy performances and pitch-perfect singing, SIX is wonderfully cast. All of the women are on point, but three especially stand out.

First is Gerianne Pérez as Catherine of Aragon. Pérez is suitably strong and forceful. Her song, “No Way,” is a rocking tune with a bit salsa influence that recounts her long devotion to Henry. It opens the contest. When he decides to divorce her, her response is “no way!”  It sets a high bar for the other wives to match.

Second, Amina Faye appears as Jane Seymour, the only wife Henry truly loved. And the only wife who loved him. She sings “Heart of Stone,” a ballad that’s the most romantic of the show’s songs. Faye has a voice that sends shivers down the spine.

And third, Terica Marie portrays Anna of Cleves, who Henry rejected for not being beautiful.  Remembering that beautiful or not, she’s the Queen of the castle, Anna of Cleves resolves to enjoy the privileges that brings her. She sings “Get Down,” a funky, anti-pity-party tune. Marie expertly growls and purrs her way through “Get Down.”

SIX is a must see show!

The dialogue and lyrics are cleverly littered with references to contemporary culture and social media. Jane Seymour talks about her “profile picture” (her official portrait), while Anne Bolyne sings “Sorry, not sorry” and “LOL … Go to hell,” for example. On opening night of the Houston run, one actor even gave a shout-out to the world champion Astros!

SIX has only one set, a half-circle of panels that line the back of the stage. Clever usage of lights transform it from a neon-lit disco to a somber, intimate chamber and more as needed. The show’s small group of musicians are on stage and at times, often interacting with the actors.

Performed without an intermission, SIX is a satisfying, uplifting experience for the audience. Smart lyrics and dialogue, rousing music, great costumes, and a half dozen of the best Broadway voices currently performing make SIX an engaging, must-see show.

WHAT TO READ NEXT: Unsinkable Talent 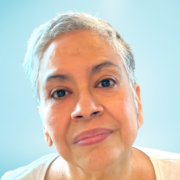