Lady Shamu’s rise to drag fame is a whale of a tale. After starting her drag career on Halloween in 1987, she went on to claim Miss Gay Houston Newcomer 1991, Miss Gay Hispanic Energy 2001, Miss Gay Texas USofA At Large 2003, Miss Globe At Large International Emeritus, Miss Houston America 2014, Miss West Texas America 2015, and Miss Viviana’s 2015. She’s also a proud drag mom to more than 20 drag children who now have drag babies of their own. In fact, “The Haus of Mu” just held its very first family reunion on August 28. She agreed to spout off to OutSmart about what has kept her afloat all these years.

What’s the story behind your name?
In 1988, SeaWorld opened in San Antonio. It was around this time that my brother Adam, his partner, Chris, and several friends traveled to San Antonio. Chris and I would swim in the hotel pool, and every time I swam underwater from one side to the other, Chris would yell out, “It’s Shamu!” All our friends would laugh, and they too started calling me Shamu. Every time I would get in drag, I would tell my friends to not call me Shamu, because it genuinely hurt my feelings. After a while, my friend Vanessa Castillo sat me down and told me, “Look, bitch, you’re a big girl. Just add ‘Lady’ to the name ‘Shamu’ and they won’t be able to use that against you. Once they learn your name, they’ll never forget it!” So Lady Shamu was born. I have always credited Vanessa for being my drag mom.

What got you interested in drag?
I enjoyed hurting my feet with 4-inch heels.

Favorite ways to support the community?
As the director of charitable events for Hamburger Mary’s Houston, I was able to help nonprofit organizations raise well over $400,000 for local charities. I also raise money at every performance for local charities, and try to help others as much as I can. We are still in a pandemic, and showing compassion to others can really change a person’s perspective in many ways.

Any thoughts about National Hispanic Heritage Month?
I am a fourth-generation Mexican American. My family has been in Texas since before it was part of the United States. I am so very proud of seeing the progress and contributions to our country by the people that worked hard to achieve their dreams. My family started as migrant field workers, and now we have nurses, business owners, and many other talented professionals. I am also the first Hispanic male from my high school to ever win Miss Texas!

Most embarrassing moment on stage?
Slipping on the floor during the evening-gown competition at the preliminary pageant the year I won Miss Texas At Large. That was a very humbling experience. I literally was on my hands and knees in my evening gown—in front of the judges!

Where can people see you perform?
Weekend brunch shows at Hamburger Mary’s, appearances at Rumors in Galveston, and behind the Walmart on Yale Street. 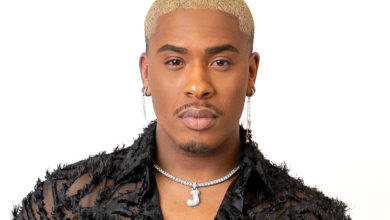 A Journey to Oz