Sylas Draco, 27, (a.k.a. DJ GNDRBNDR) is a transgender musician who has his hand in almost every aspect of the industry. He can play multiple instruments. He’s a songwriter, a producer, and of course a DJ who can be found spinning late into the night in Houston’s dance clubs.

He’s also making space for other trans musicians and artists to share their talents with the world. “Honestly, I think the name DJ GNDRBNDR is iconic. I am clearly trying to create transgender representation in the music industry, and I’m being loud and proud about that fact. There is no one else like me in the EDM community. I am breaking barriers and unapologetically showing others that you can be a successful trans [artist] if you work hard enough,” says Draco.

“I am breaking barriers and unapologetically showing others that you can be a successful trans [artist] if you work hard enough.”

Indeed, there is no subtlety with a stage name like his, and that’s just fine with this ambitious musician who hardly has time for anything else. When approached by OutSmart for this interview, he had just worked three days in a row at various DJ gigs. He describes literally coming home to crash, waking up, and going back to work again.

His stage name also reflects his versatility in that regard. “People also call me The Genre Bender because I play and produce so many styles, so I think that really fits my brand, as well. Although I am trans, I do not want people to just label me as that, because my music really speaks for itself. I want them to say first, ‘OMG, his music is amazing!’ and then, ‘Oh, did you also know he’s trans?’ It’s just a part of me, but not what I solely want to be recognized for,” he emphasizes.

Draco is originally from New Orleans, where his passion for music developed. He moved to Houston to work with a major railroad before quitting to pursue a career in music.

“My grandmother taught me to sing in both English and French at the age of 4. When I turned 9 or 10, I was given a guitar and started songwriting and playing. I even won multiple music awards in school for my poetry. I still play classical guitar, lead guitar, and even a little bit of piano. It has made my production values improve tremendously,” he notes. 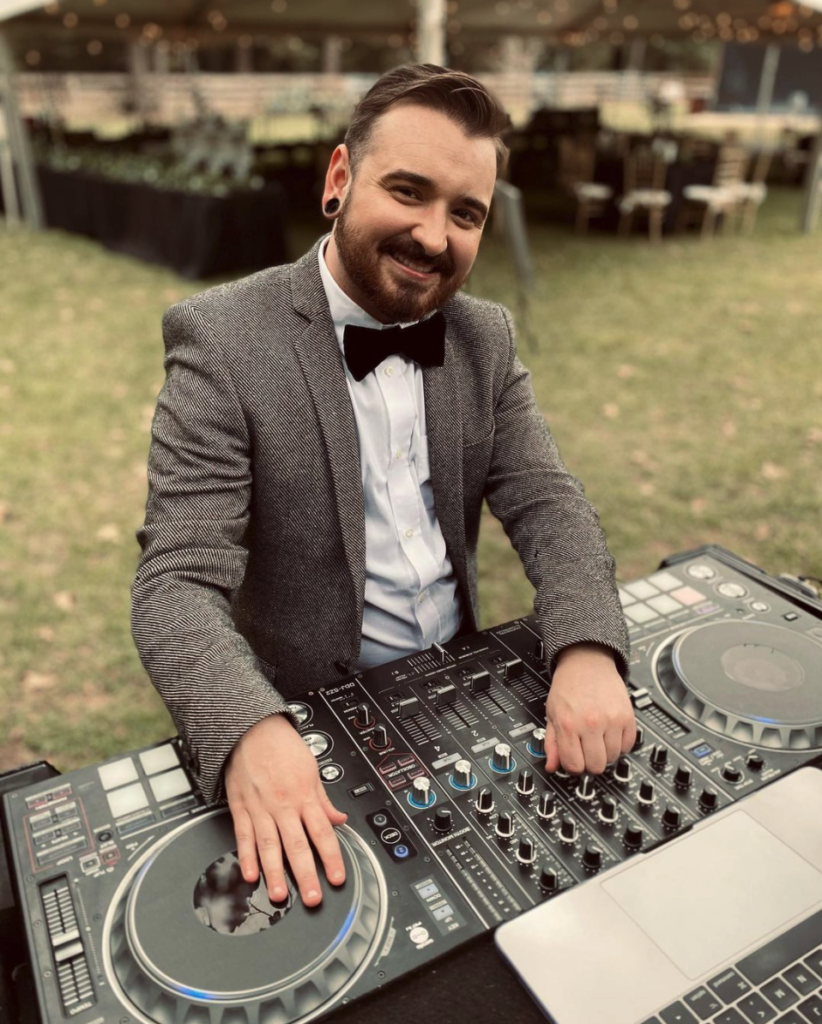 Eventually, his love for playing music evolved into a talent for producing it. “After playing guitar for some years, I realized that I wanted to be able to perform without the anxiety of messing up. Classical guitar can be extremely technical and difficult, and I found myself shying away from performing for others on stage. A friend of mine introduced me to a program called Ableton, where you could make your own music from the computer while incorporating live elements as well. Being that I had always had a passion for electronic music, I knew this was for me. I could incorporate my skills on the guitar into it, as well.”

“After learning the program and releasing a few tracks, I began having people approach me to do it for them. At first it started off small—one here, one there—and now I have a full-scale business doing professional production, songwriting, and even production lessons.

Draco admits that a career in music requires a great deal of hustle, but overall it has been extremely rewarding for him as he focuses primarily on raw creativity. One day he hopes to open his own concert venue and music studio, where he hopes to showcase LGBTQIA artists. His goals also include gaining experience producing for television and film, which he hopes will lead to a Grammy award.

As for now, Draco has several different projects in the works. “I’m doing a remix project with Lijah Lu from American Idol, and an original composition with Sugar Joiko. Check out my most recent release, “Love Me Now,” featuring the Grammy award-winning producer and singer LAB OX.”

Coincidentally, Joiko is a bisexual Houston artist who is also featured in this August issue of Outsmart. Joiko originally hails from New Orleans, as well.

“Sugar and I actually grew up not too far from each other in New Orleans. We met each other through a mutual friend of mine and became really good friends. We realized pretty quickly that we had to work together, so you should expect a really cool pop/EDM track before the end of the year,” says Draco.

As Pride Houston’s newly appointed entertainment coordinator, Draco is in charge of handling all of the entertainment bookings. It’s a task he relishes, since a focus for him is to make space and elevate other LGBTQ artists. He wants to turn his positive experiences into opportunities for others.

“I have had nothing but love and good responses to my being trans. I am very open about it, because I want to create awareness in the community that transgender people can be in the media and be just as successful as anyone else.

“I also make room for any LGBTQIA performer who wants [music production help]. My mission is to provide reasonably priced music for our community. I will always provide a platform for this,” says Draco. As Pride Houston’s entertainment coordinator, he has the opportunity to do just that with his co-chair Krista De La Rosa. However, the details of what to expect in Pride Houston’s entertainment lineup are still under wraps.

“I’ve been in the role for about nine months now. I can’t really speak on much yet, but I am trying to work with them to bring more events focusing on transgender and nonbinary individuals,” he says.

You can find Draco and his music on all social-media platforms including Instagram, Soundcloud, Spotify, Apple Music, and more, all at the handle “GNDRBNDR.” Or if you are looking to make some sweet music of your own, Draco is always open to collaborations. “If you enjoy my music and would like to work together in some fashion, please don’t hesitate to reach out, especially if you are involved in the LGBTQIA community. Don’t be shy!”