Sugar Joiko, 33, is a bisexual Houston singer and musician with the makings of a superstar. Her contemporary-pop vibe is infused with a New Orleans groove that shows the influence of some of her favorite artists. She’s on track to be Houston’s next pop supernova, so audiences had better start taking notice before she explodes.

Joiko, whose real name is Joi Keeling, got her sweet-sounding name from her brother.

“My stage name was thought up by my brother, D KEELA. I’m very into Japanese culture, and I used to visit Japan often over the summer. My friends would call me ‘Joiko,’” the artist says, noting that adding “ko” to the end of female names is a Japanese tradition. “One day, my friend said ‘Sugar, Sugar Joiko!’ and immediately my brother thought, ‘That’s it! That’s the one! That should be your stage name!’ So that’s how I got the name Sugar Joiko.”

Joiko made her way to Houston after Hurricane Katrina devastated New Orleans in 2005. She has been here ever since, remaking herself into what she refers to as an official “Houst-Orleanian.” But the Crescent City still influences her Bayou City sound.

Joiko describes her musical style as contemporary pop. “To me, contemporary pop is pop that has no bounds. It gives me freedom to be soulful and dancey. Pop, to me, is both culture and creating that new trend. Pop will always pave mainstream music,” she says.

Joiko was first drawn to music during her childhood in New Orleans. “Music started for me when I touched my first piano at 8 years old. I wanna say music chose me—my mom couldn’t keep me away from the old upright piano in the back of my grandmother’s daycare center. As soon as I could distinguish tones, I would produce a song just about every single day. It was when I graduated college that I decided to make a career out of my craft.

“New Orleans definitely influences my music—the soul, the syncopation in rhythms. Dance music is where my heart is at, but I always have to have groove in my work. Groove is where my soul is at, and all of that is learned from New Orleans,” Joiko explains.

Today, Joiko’s work might be described as “synth and wave meets ’70s and ’80s soul.” Her career started out as an EDM singer, but nowadays she feels freer and unafraid to be her authentic self—while still paying homage to her cultural roots. Her newest album, due out next spring, promises to reintroduce her as an artist with a sound that she describes as “sassy, unapologetic, and filled with love.”

Perhaps some of her newfound artistic liberation can be attributed to her coming out as bisexual. “Since my coming out, something came out of me with it.  Doubt, fear, and self-consciousness all faded away, as now I feel brave and completely secure in my own skin,” she says. 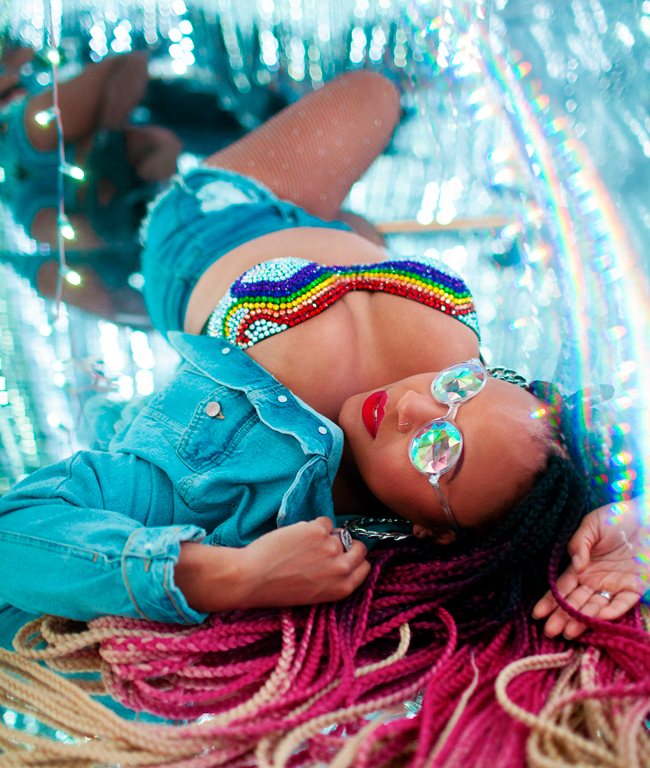 Joiko spends most of her time in Houston’s Montrose and EaDo neighborhoods, and she loves the culture and the people who frequent those areas. These eclectic neighborhoods also help influence her sound.

“I gather musical influences from just about anything. From my favorite artist, Sade, to the sounds of a random drum circle on a corner. Music finds me, and when I’m inspired enough, I work real hard to bring it to life through songs,” she explains.

Joiko’s favorite venues are some of the better-known ones within Houston’s live-music community—venues like Axelrad, Secret Group, and Warehouse Live. Joiko’s short-term goal is to perform a set at Discovery Green someday, so perhaps the next Rainbow on the Green event will offer her that opportunity. Eventually, she hopes to go on tour and perform in Japan, a country that has greatly influenced the artist.

“I like that the Houston music scene is forward-thinking. There’s so many types of music artists here. I just wish the gatekeepers and venue owners would give other [artists] outside of rap, rock, and country more opportunities to perform and share their work. With so much talent grown here and moving here, Houston has so much room for growth and expansion in music, I believe,” Joiko says.

Indeed, Houston is known for producing some top artists, but Joiko plans to carve out her own path. “Two of my favorites are definitely Lizzo and Beyoncé, but I hope that I can create my own name by representing Houston proudly. I’ve been called ‘the female Prince’ from time to time, because I incorporate playing a bunch of instruments on stage when I perform,” she notes. 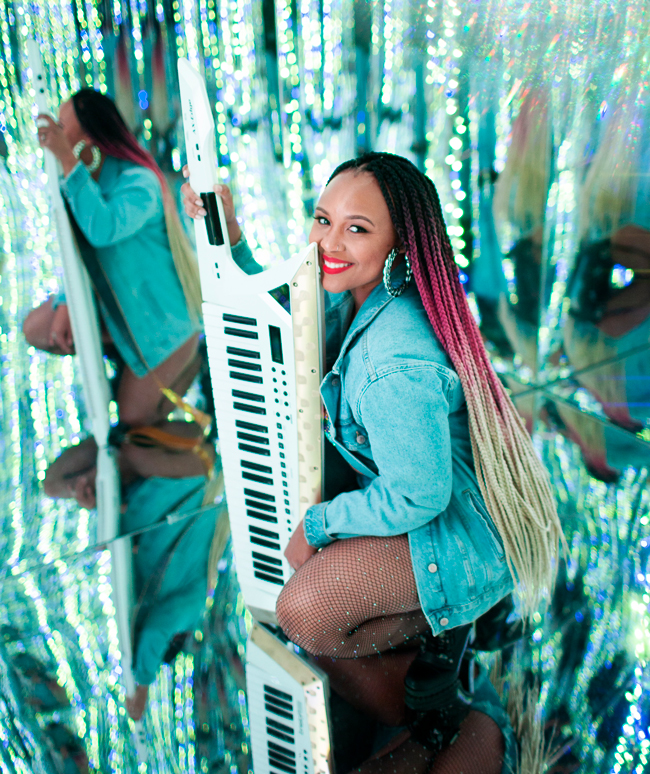 Joiko is prolific in the number of instruments she has mastered. Aside from the piano and the keytar, she can also play the bass guitar, drums, and clarinet.

The artist is always up for more collaborations to expand on her ongoing working relationship with the Texas soul band The Suffers. “I would love to collaborate with Tobe Nwigwe and (OMG) Lizzo! Can you imagine a keytar vs. flute battle? It would be epic!” she says.

Contemporary pop is just the starting point for this multi-talented artist. Eventually, her goals include making music beyond the dance floor. “You only get one life. The least I can do is try to live out my dream as a world-traveling musician and songwriter. I even hope to produce movie scores with other prominent artists someday. I just want other individuals that want to be artists to keep pushing. What comes from the heart, reaches the heart,” she concludes.