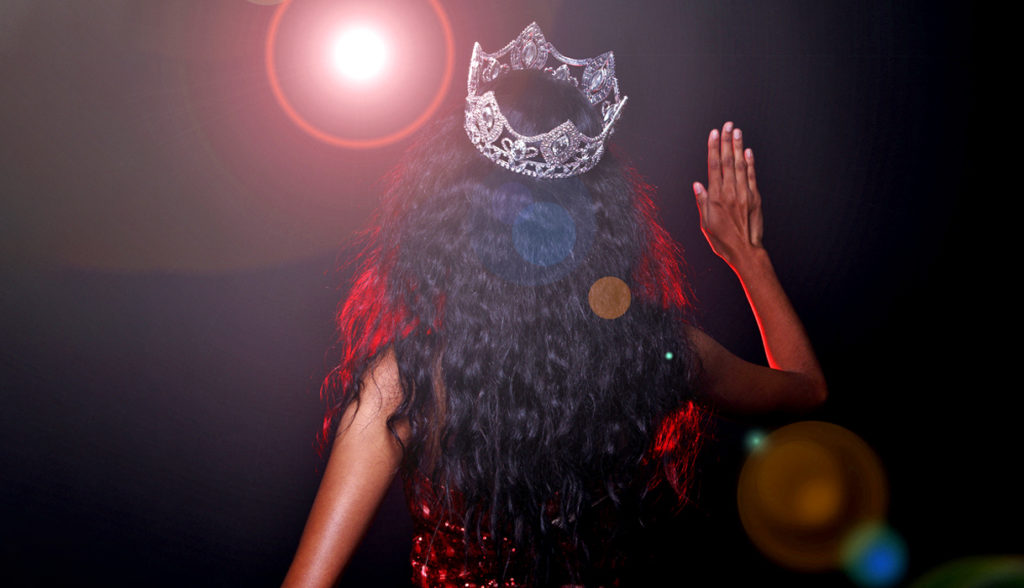 It’s time for the 35th anniversary of the Miss Gay Texas USofA pageant. All the glitz, glamour, and fun will be right here in Houston August 24 through 27, with preliminary competitions at Neon Boots and the final event at The Ballroom at Bayou Place downtown.

Looking back over the decades, state pageant promoter Craig Henderson marvels at how far we have come in 35 years. “Back then, some gay bars wouldn’t let drag queens in. Now every gay bar has drag shows. As for the pageant, the talent portion has certainly progressed. The dance performances are choreographed, and they spend months rehearsing them. They’re like Las Vegas reviews, and it’s not uncommon now to see contestants in the gown competition with three-, four-, five-thousand-dollar gowns.”

Henderson took over the state pageant duties 25 years ago after he met Pearland native Jerry Bird and fell in love with drag-queen pageants. Bird produced the first Miss Gay Houston pageant and then expanded it to the rest of the state before buying the entire Miss Gay USofA pageant in 1985. That franchise now includes the Mr. Gay USofA, Mr. Gay USofA at Large (for contestants over 200 pounds), Miss Gay Black USofA, Mr. Gay Black USofA, and Mister USofA MI (with the MI standing for Male Impersonator.

“What I really love about it is the people I meet in the pageants,” says Henderson. “I’ve met almost all my friends there. I just like to make people smile and have a good time for a few hours.”

The Miss Gay Texas USofA contest is open to any Texan over 21 years of age who was assigned male at birth. Henderson notes another big change over the years: some 40 percent of today’s contestants are transgender women. 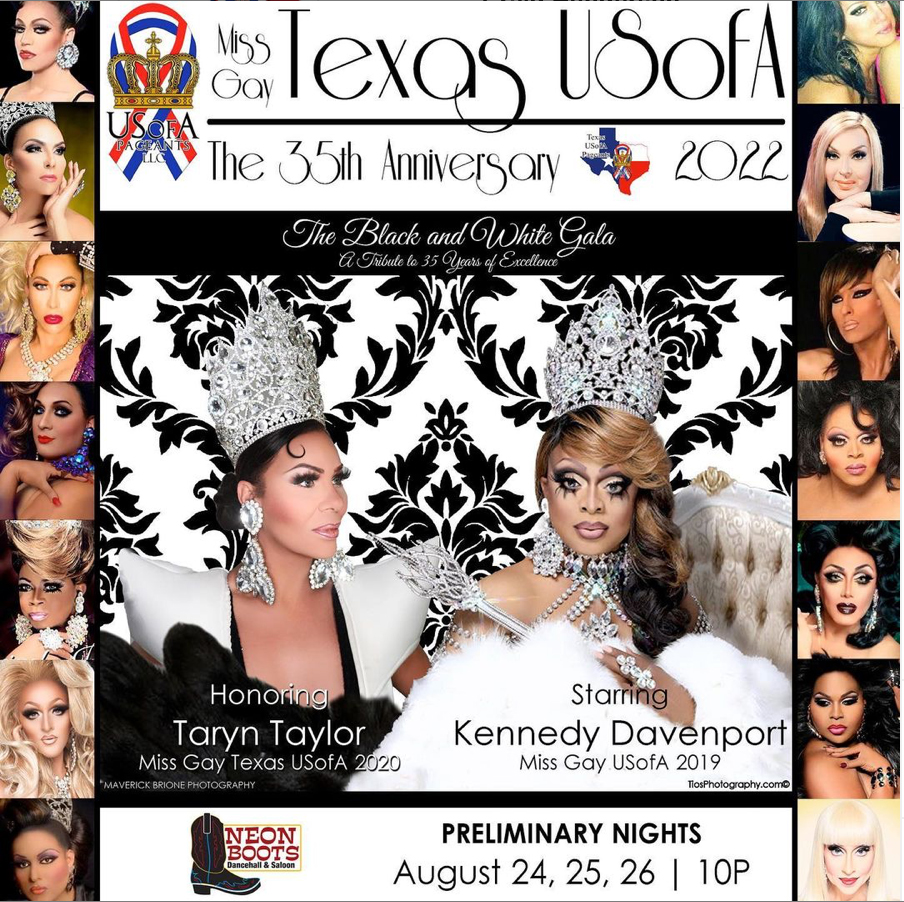 There will be thirty contestants this year (the winners of regional contests across Texas), and Henderson expects a few hundred spectators for the preliminaries at Neon Boots and 800 for the final night at The Ballroom at Bayou Place. Tables are already sold out, but there will be single tickets for $50 available at the door.

“I think that’s pretty fantastic, coming off of COVID,” says Henderson. “We had to cancel all the state and national pageants last year. I didn’t really know if we would have pageants ever again.”

Also onstage this year will be 25 former winners, including Dallas-born Kennedy Davenport, the current reigning Miss Gay USofA and runner-up in Season 7 of RuPaul’s Drag Race in 2015. Houston’s own Tommie Ross, the legendary performer who has won multiple titles including Miss Black America, Miss Gay of USofA, and Miss Continental, will also make an appearance.

There are three components of the Miss Gay Texas USofA pageant: the interview portion, the evening-gown competition, and the talent segment (which counts the most in judges’ ratings).

So, what kind of talent can you expect to see onstage? “Dance routines to remixes are the most popular,” says Henderson. “They are very professional. But really any kind of talent—[except acts] containing racial slurs and vulgar, obscene, or insulting language.”

Another thing you won’t see are contestants twirling flaming batons—an old-time staple of Texas beauty queens. “No fire of any kind,” says Henderson. “No glitter, water, or liquids of any kind. Most of the preliminary competitions are held at gay bars, and they have very strict safety measures.

“I guess the oddest talent I’ve seen over the years was a contestant inside a glass box who sang a song while painting the inside of the box white. By the end of the song, you couldn’t see the contestant anymore. Some others do movie scenes, and a recent one did a Mary Poppins takeoff.”

So who knows what you’ll see this year—but one thing is certain: there will be plenty of over-the-top glitz, glamour, and fashion that should make up for the last year of sitting around at home in your sweats and fuzzy slippers.