Kristene Chapa was a regular teenager living in south Texas before she and her girlfriend, Mollie Olgin, were shot execution style on the night of June 22, 2012. Olgin unfortunately died from the attack, but Chapa continues to thrive as she fights to regain full control of her body after enduring partial paralysis following her gunshot wounds.

June 12, 2016, was also a summer weekend like any other, and the Orlando nightclub victims were also just looking to spend time with friends and loved ones. In addition to the 49 who died at the Pulse nightclub, over 50 other people who were there are fighting to get past their physical and emotional wounds.

The similarities between the incidents are what made talking about the Orlando shooting particularly hard for Chapa. Since she suffers from PTSD, any shooting can make her relive her own experience. I spoke with Chapa about her unique perspective on the Orlando shooting.

Kara Moore: When did you first hear about the Orlando shooting on that Sunday?

Kristene Chapa: It was about 1 p.m., because I had been having trouble sleeping because of [singer Christina Grimmie’s murder] that was in Florida, too. Shootings just affect me differently—I get really upset, and it triggers my PTSD. So I hadn’t really slept, and I didn’t wake up until 1 p.m. [to read a friend’s text message]. My friend didn’t know [how many had died] yet, so I looked it up.

How did you feel when you first heard about it?
I was upset and shocked. I was more in disbelief.

I saw that you spoke at a memorial in Corpus Christi, correct? How did that come about?

LGBT Corpus Christi contacted me and told me they were having a vigil at Cole Park, and it was kind of a last-minute thing when they asked. They invited me to speak, and I was like, “Okay, I’ll do it, I’ll speak.” I only had one night to write my speech out and memorize it. It came from the heart.

What was the main message from your speech?

Well, I have known what those people were feeling—fearing for [your] life and just praying that you’re going to make it and being really scared. Your heart beats really fast, like it’s going to jump out of your chest—feeling like you’re going to throw up, which is exactly how I felt. I put that in my speech, and [also the fear of] not seeing your loved ones again. It’s going to be hard for the victims who are still here, and their family members, and other LGBT people. I know they’re scared now. It’s going to take time, but eventually it starts getting better. I was scared, and it took awhile for me to start making bigger and bigger steps. You can’t live your life in fear, because what kind of life would that be?

Before your assault, you were not out to your family. Do you have any advice for the families just finding out that the people they loved were LGBT?

[The event outed a lot of people], and that’s how I was outed, too. I think that being gay shouldn’t really affect the families and how they feel about their loved ones. My mom just wanted me to be okay. The families of the Orlando victims that are alive should just be grateful that they made it. If they’re not accepting, I think it will take some time. [For those who lost a loved one,] it’s going to be a long process of dealing both with that and them being gay. Hopefully, eventually, they’re going to [stop being] angry that they were gay.

Have you ever been to a gay club?

No, I haven’t. I had just turned 18 [in April of that year when I was shot,] and I hadn’t really gone to clubs. I don’t go clubbing—not ’cause I’m scared, it’s just not my scene.

What are your views on LGBT clubs as safe spaces?

I still think they’re safe places. You can go and be yourself whether you’re gay or straight, and everyone is really loving.

What advice do you have for people who survived the attack?

Just to be strong and keep carrying on. To live your life. I mean, you made it. You have a second chance at life, like I do.

What do you believe the attack was motivated by?
I don’t really know what the attacker’s motive was.

Do you think anything could be done to better protect the LGBT community?

I think that there should be metal detectors and especially lots of security at any crowded place. There should be background checks on guns and maybe a psychological test on people buying guns. I mean, that’s what I think.

How do you feel about the upcoming trial of your attacker?
The trial is on September 12. I am increasingly anxious. I’m ready to go and get it over with. I’ve been waiting since the day I got shot, and my team is ready. We’re ready to go, and confident with the evidence we have.

I started last fall. It was good; I passed my classes. I took a couple to see how I could handle it and what I could do. This fall I’m going to three classes. I’m kind of already stressing, but I can handle it. I’m pretty confident.

Kristene Chapa is still undergoing therapy to recover full use of her body. To donate to her recovery, visit https://www.gofundme.com/helpkristene. 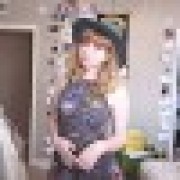