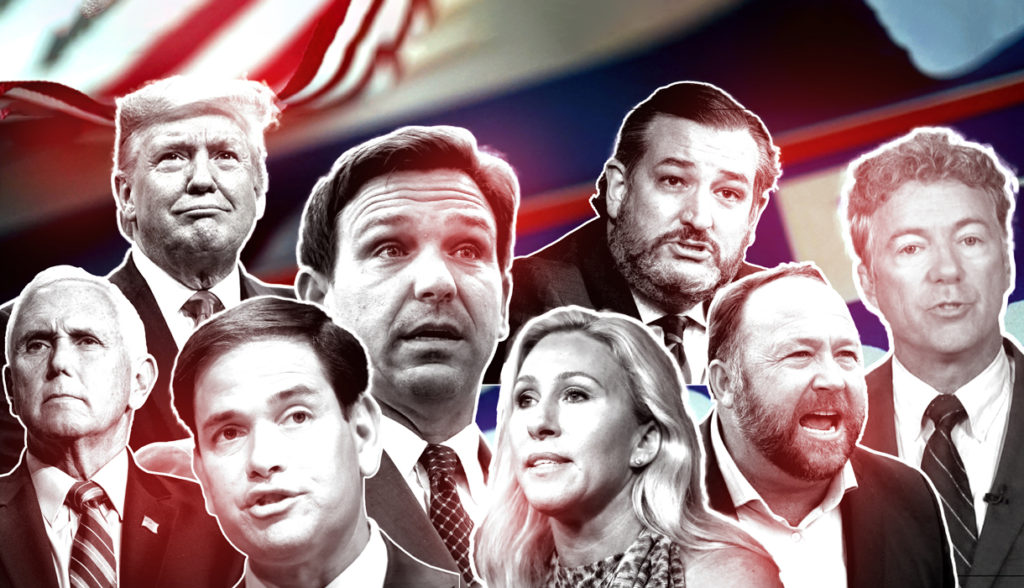 I am getting tired of being part of a historic medical emergency. So if you’re taking up valuable space in the intensive-care ward because you refused to take the vaccine, I need to let you know that I am fixin’ to sprinkle glittery chaos dust all over your pathetic self. And I’m asking my friends to help.

In the news this month, the Republican National Committee says it will prohibit their presidential candidates from participating in the debates unless the Commission on Presidential Debates changes their rules. Personally, I think the Republicans are just afraid of ending up with several candidates who can’t sip water and listen to questions at the same time.

As you would expect, the Republican National Committee is being cagey about exactly which rules need changing. I suspect it depends on who their nominee is.

For example, if Congressvarmint Majorie Taylor Greene wins the nomination, the debate rules will be the ones used for trailer-park knife fights. The debate halftime will feature a hair bleach-off, with cussing not mandatory but strongly encouraged.

If Senator Marco Rubio is their guy, the rules must state that extra points are awarded for being short and smug.

Senator Rand Paul’s debate rules would require moderators to only ask questions that can be answered “No!” (After all, there’s no point in surrounding a perfectly good “No!” with actual sentences.)

Texas Senator Ted Cruz would surely insist that the debate can only be held in Cancún. Lucky for us, we won’t have to endure the broadcast because he’ll also require that the power grid goes down.

To make Florida Governor Ron DeSantis feel right at home during the debates, the rules will state that all participants, moderators, and spectators must be COVID-positive.

Radio jock and kook-king Alex Jones will just yell, “Screw the rules! This is a damn brawl and I’m the victim!”

Former Vice President Mike Pence would change the rules to require the Secret Service to storm the stage and rescue him from the evil clutches of Donald Trump halfway through the debate.

And nominee Donald Trump (heaven forbid) would have the debate rules changed to give him five minutes to promote his online store, which will be renamed GiveTrumpAllYourMoney.com. No, seriously. Give him all your money. You know he’s going to get it all anyway.

Moving on to other sage observations, imagine making $174,000 a year, showing up for work less than half the time, and refusing to work when you do show up. As if that were not enough, then start to purposely sabotage company goals and fight nonstop with your coworkers. And don’t forget to spend endless hours on Twitter and the TeeVee news shows bashing your employer while feeding your enormous ego. That’s pretty much the United States Senate.

Until next month, whatever you do, first ask yourself: Is this gonna cause the word “premeditated” to get tossed around in the courtroom?