Last month, there was a big rumor going around that Donald Trump had gone to the hospital one night, unannounced and with no comment, because he was having a stroke. Of course, that would have marked the first time that Trump had done anything with no comment.

Trump said he was actually just finishing his yearly physical, and then proceeded to describe the mental test that he thought the doctors gave him to confirm his very-stable-genius IQ score. (For those of you following along, it was actually the test they give people who show up in the emergency room thinking they’ve had a stroke.)

A trustworthy New York Times reporter, Michael Schmidt, reports in his new book that when Trump made this unexpected hospital visit, “Word went out in the West Wing for the vice president to be on standby.”

So Vice President Mike Pence hides out from reporters for a day or two, and then says that he “doesn’t recall” if he was put on standby during Trump’s visit to Walter Reed Hospital.

Okay, so do ya think maybe it was Pence who had the stroke?

Anyway, here’s how that Pence presidential standby drill could have played out:

A guy in a plain black suit comes to Pence’s home at the Naval Observatory one night and says, “Dude, go take off those plaid Bermuda shorts and that Jesus Loves Me, Only Me
T-shirt. They just took Trump to the hospital, and you may have to take over as president.”

You know for a fact that Pence tinkled in those plaid Bermuda shorts while “Mother” (which is what he calls his wife) stripped down to her birthday suit and bounced her boobies all the way up the grand staircase yelling, “Pack your bags, Melania, you shameless gold-digger!”

I’m betting that if you were next in line for the keys to the White House, this is something you would damn sure remember. And I’ll place a second bet that there were plenty of eyewitnesses to this crisis.

So instead of lying his butt off, Pence just said, “I don’t recall.” That’s telling a lie where you can’t get caught, which is the very worst kind of lie.

So here’s my message to our vice president: Mike, since you’re one of those New-Improved-Super-Deluxe-Brand Christians, you need to admit that Jesus knows you lied.

And speaking of lies, Bob Woodward’s new book, Rage, describes Trump’s excuse for lying to the American people in March about the deadly coronavirus: “I don’t want to jump up and down and start screaming, ‘Death! Death!’”

Think about that for a second, would you please? Darlin’, running around hollering “Death! Death!” has been Trump’s favorite game for the last three years. He thrives on creating constant panic. This is the man who screams at the top of his lungs about caravans of migrant invaders, Antifa, anarchist football players taking a knee, the end of suburbia, China, and the failing New York Times. He wants you to believe that any one of these scourges will kill you dead and eat you for dinner.

And now, suddenly, we’re supposed to believe that our president didn’t want to worry us and cause a panic?

According to Trump, it’s been Zombie Apocalypse every day for three and a half years. Then along comes a worldwide pandemic, and he told us it would disappear when it warmed up in April.

There is some guy on the YouTube machine—a lifelong Republican who voted for Trump—who won’t vote for Trump this time because, after much thought and consideration, he now realizes that Trump is cruel.

Cruel? Really? I think that’s become an official tenet of the Republican Party. No more of W. Bush’s “compassionate conservatism” for them. (Didn’t that idea last about three months before W. moved on to something else?)

So what’s the moral to this story? Vote. And not just for Joe Biden.

If we Texans want to see economic justice, it is vitally important that we elect four Democratic women to the currently all-Republican Texas Supreme Court. Write these names on a piece of paper and take them with you to the polls: Staci Williams, Amy Clark Meachum, Kathy Cheng, and Gisela Triana. If you forget your piece of paper, just look for the races that say Texas Supreme Court and vote for the women with (D) after their names.

Until next time, I hope your Halloween costumes are scary-adorable. 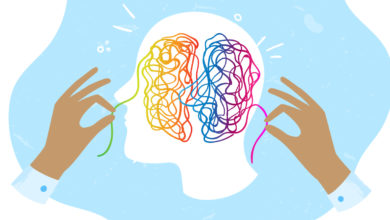