Lina Hidalgo was studying public policy at Harvard University and law at New York University for her master’s degree when Donald Trump became president. Prior to that 2016 election, the Colombian-born and Houston-raised activist hadn’t considered a career in politics, and instead planned to create change by working in the private sector. But after weighing the negative impacts that Trump and other retrogressive lawmakers would have on marginalized communities, she decided to return to Texas and run for office in 2018. 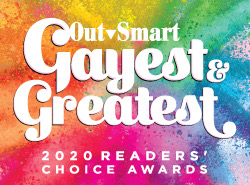 “I realized that I would have a bigger impact if I worked from the inside of the system,” Hidalgo, 29, recalls. “I was at a point where I could put my graduate studies on hold, and I didn’t want to regret not having done everything I could to help my community during such a difficult time.”

After successfully challenging Republican incumbent Ed Emmett, who served as Harris County’s chief executive for over a decade, Hidalgo became the first woman and the first Latina to be elected Harris County judge. She now leads the nation’s third-largest county, and oversees a budget of more than $4 billion.

Hidalgo’s time in office hasn’t been easy. She’s faced several challenges that impact the Greater Houston region, including environmental issues, natural disasters, and now the COVID-19 pandemic. “This is part of the job,” she says. “I knew my role was to be an emergency manager. Of course, I didn’t expect a global pandemic, but we’re learning from all of these crises.”

While federal, state, and local officials have all had their missteps in dealing with the pandemic, Hidalgo has remained unwavering in her approach to keeping Harris County safe. And she’s doing this well, according to OutSmart readers, who voted Hidalgo their Favorite Female Politician.

“I appreciate the love,” she says. “This was so unexpected and humbling. We still have a lot of work to do, and I hope I can continue to make people proud. [Local politicians] need people holding us and every other elected official accountable. That’s how we build a better government.”

Hidalgo is a strong supporter of the LGBTQ community, and has worked with Commissioners Rodney Ellis and Adrian Garcia—the two other Democratic members of the Harris County Commissioners Court—to pass historic pro-equality legislation. In 2019, the court added protections for LGBTQ workers and enacted a resolution to recognize the annual Transgender Day of Remembrance for the first time. This year, the court decided to officially acknowledge June as Pride Month.

These decisions were a no-brainer, Hidalgo says. “Who you love and how you identify shouldn’t dictate what health benefits you get, or prevent you from feeling protected at your job. Harris County has so many challenges. We can’t afford to alienate an entire segment of the population; we have to recruit the very best people so we can do the best work for our community.”

Looking ahead to the November 3 election, Hidalgo urges OutSmart readers to vote. “No matter what side of the aisle you’re on, democracy ultimately depends on our participation,” Hidalgo says. “The government works best when people are paying attention. I hope folks choose to make their voices heard.”