Due to the economic downturn caused by the COVID-19 pandemic, people across the nation have struggled to make ends meet. And for many LGBTQ folks—who face additional hardships and higher rates of unemployment compared to the general population—surviving has been even tougher.

In order to make a difference for Houston’s queer community, Joe Melton and his friends launched PRIDE Pantry in August to distribute non-perishable items, toiletries, and pet food in the heart of the city’s Montrose gayborhood. The pantry is open every weekend inside of Barcode Houston at 817 Fairview on Saturdays and Sundays between noon and 5 p.m.

Melton, also known as the popular Texas drag queen Tara Dion, is a vice president of marketing for a real-estate development firm. As a gay Montrose resident, he knows the importance of uplifting his community.

“Montrose has always been a safe haven [for LGBTQ folks], and even though its borders have opened up, there are some people who only feel safe and comfortable [in this part of town],” Melton says. “It’s important that we provide [resources] for those individuals, and let other Houstonians know that people in Montrose are good citizens.” 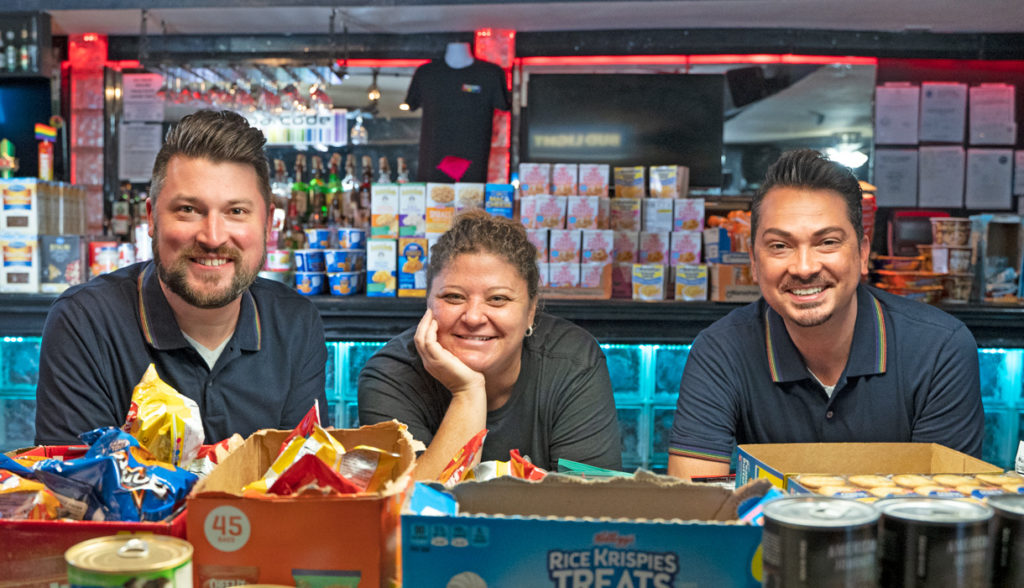 Melton says he first thought about helping others who were affected by the pandemic when a Houston friend posted on Facebook asking for dog food that they could not afford. After learning that another friend in Dallas created a distribution box for his neighbors in need of water and non-perishable items, Melton and his partner, Keith Gordin, began planning for a similar project. Melton and Gordin then shared their idea with about 20 friends, and together they raised $1,500 to buy groceries and other items to start PRIDE Pantry.

While looking for a spot to house the pantry (which was originally supposed to be basic shelving that could be put outside), Melton called for a meeting with bar and restaurant owner Grey Stephens and asked to use one of his parking lots to distribute the resources. “He said, ‘No, it’s too hot. Let’s do better,’” Melton says. Instead, Stephens offered him space inside of Barcode, his LGBTQ bar which is currently closed due to COVID-19 restrictions.

“Joe was ecstatic,” Stephens says. “I was happy to help. These people came up with an amazing idea. All I did was unlock the door.”

When Melton told artist Crystal Murley about the pantry, she offered to use her skills to paint a sign for the Barcode entrance. “I wanted to create some type of iconic representation to put out there and let people know they’re loved.”

The sign, which took Murley about 40 hours to create, reads “PRIDE Pantry” inside of a rainbow-colored heart inspired by the Pride Flag. The heart is surrounded by the pink, white, and blue colors of the transgender Pride flag, with black and brown representing LGBTQ people of color. “I wanted the sign to be all-inclusive,” she says.

Murley notes that the back side of the sign is a deconstructed version of the same Pride flag colors, featuring uplifting statements that read “You are supported” and “We’re in this together.” “I wanted to include these positive affirmations because, unfortunately, suicide rates are increasing right now,” Murley says. “People are becoming more depressed. I just wanted them to know that they have somewhere to go where they can get the items they need, and to let them know that they are loved.”

After purchasing items with the money they raised, Melton’s PRIDE Pantry team hosted a successful “stock the pantry” event at Barcode prior to their grand opening on August 22 and 23. “Anyone who has been to the bar knows that the bar top is 40 feet long,” Melton says. “It was so full that the tables and the pool table were also covered with donations. It was overflowing.” 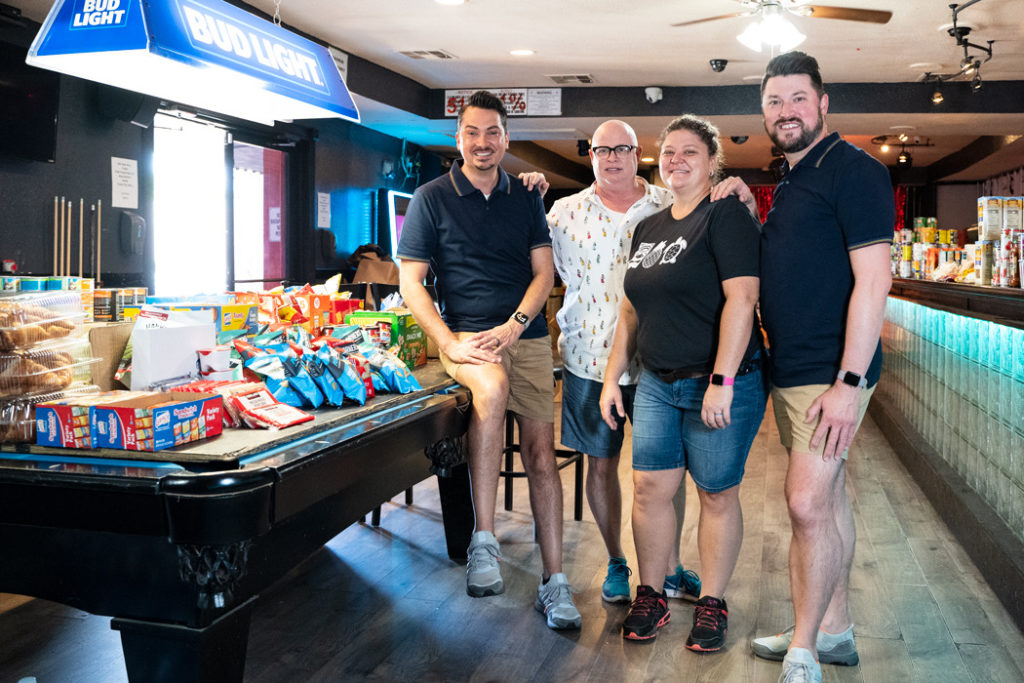 When PRIDE Pantry opened for the first time, they welcomed around two dozen people who picked up resources. Since its launch, around 30 have visited the pantry each weekend. The group has worked to keep visitors safe from COVID-19 by requiring face masks and social distancing.

PRIDE Pantry has primarily used Facebook to share its needs, sign up volunteers, and promote the resources that they’re giving away. Occasionally, the group has perishable food such as eggs and milk that they distribute while the items last. People can donate to the pantry on the weekends when it is open.

Going forward, Melton hopes that PRIDE Pantry continues to be a vital resource for Houston’s LGBTQ community. However, with COVID-19 restrictions on bars likely to become less strict soon, PRIDE Pantry may be looking for a more permanent space to house the project. “Grey has been extremely generous, but at some point he is going to need his business back,” Melton says. “I hope that someone steps up and is able to provide a space that [will be a natural fit for the neighborhood].”

Until then, PRIDE Pantry will continue distributing resources at Barcode. “We’re going to keep this going as long as we can,” Melton says. “So wear a mask, come stop by, and take what you need.”