Ashton P. Woods, 34, unapologetically describes himself as black, same-gender loving, HIV-positive, and an atheist. He is well-known locally as an activist and blogger on social issues, and as a co-founder of Black Lives Matter Houston. 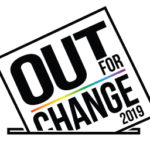 “I’m a full-time activist,” he says. “And I’ve done political consulting to help people I believe in get into office.” But he says he got tired of cultivating others to run to get the things done that he felt he could do himself. “Now I’m just going to do it myself.”

Woods was born and raised in New Orleans, where he came out at 14 and, with four friends, created the first gay-straight student alliance in New Orleans. In 2005 he came to Houston for work, although he still lived mostly in New Orleans.

“Then Hurricane Katrina came, and I lost everything I owned—everything but the few clothes I had with me in Houston,” he recalls. That made him decide to stay in Houston full-time and become active in the city’s politics and social-justice efforts.

Woods is passionate about justice and equality for all, saying, “Even if you don’t look like me, if I see someone mess with you, I’ll do something about it.”

“I will support all of the people, and I will work for them. But I am still an activist and I will continue to be one if elected. It will just look a little different.”

As of press time, he was facing seven opponents in his citywide nonpartisan race. This year, the mayor, controller, and all 16 City Council seats are up for grabs. The election is scheduled for November 5, with a runoff on December 14. The field is particularly crowded this year, following a 2015 vote that changed council members’ terms from three two-year terms to two four-year terms. Previously, opponents might wait for incumbents to be term-limited, whereas now they are more eager to jump into a race, even against an incumbent.

Woods’ strategy for winning is simple. He says he’s doing everything he would tell a client candidate to do, mostly focusing on what politicians call GOTV, or Get Out The Vote. That means a ground war of knocking on

doors and attending neighborhood events to meet the public and encourage them to vote—hopefully for him. As an activist, he says he’s used to getting out among the people and speaking.

Woods currently has a small campaign staff drawn mostly from the LGBTQ community. Among his key issues in the campaign are equality and justice for all, public safety and security, and healthcare.

“In New Orleans, we say it’s the city that care forgot,” Woods says, referring to that city’s easy-going, carefree attitude. “But sometimes, cities forget to care. We can’t just rely on the county, state, and feds for access to healthcare.” The Houston Health Department currently focuses on tracking diseases, birth and death records, and outdoor air quality. It has only four healthcare clinics for a population of more than two million. The rest of the local sliding-scale health centers are run by the County, or by nonprofits that receive some federal funding.

“We need to work with partners, within reason,” he says, “to put City clinics in every neighborhood to immunize children and provide HIV and mental-health care.”

One hot-button issue in this year’s municipal election is Proposition B. In a referendum last November, voters approved Prop. B to raise firefighter pay and pensions to be equal with police benefits. This year, the issue went back and forth through the courts and City Council, with various proposals to fund the firefighters’ raises without bankrupting the City. Prop. B is now going through a court-ordered mediation process.

“I supported Prop. B,” Woods says, “but I always thought there should be a budget in place to fund it. The firefighters deserve their raises.” He also notes that the Houston Police Department’s current Meet and Confer Agreement, signed last year, has too many restrictions on transparency. Currently, the firefighter’s union has no such contract.

He calls District K, just outside the Third Ward, his home, saying it reminds him of his old neighborhood in New Orleans with its friendly, multi-cultural flavor. He says he’s not single (but doesn’t elaborate), and admits to being a voracious reader and a lover of superhero movies and gaming. And although he loves Houston’s restaurant scene, he also likes cooking for himself at home.

“I love New Orleans food,” Woods says. “Nobody cooks like someone from New Orleans. You have to use filé powder—and no okra! There’s no okra in gumbo!”

Woods promises an open-door policy (even for okra lovers) at his City Council office. “I will support all of the people, and I will work for them.

“But I am still an activist,” he emphasizes, “and I will continue to be one if elected. It will just look a little different.” 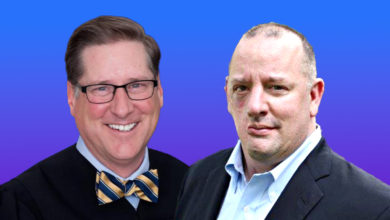