By Patrick Svitek, The Texas Tribune

There do not appear to be many huge differences between Carol Alvarado and Ana Hernandez, but a sleepy special election is doing its best to bring them out.

The two Democratic state representatives from Houston are the most well-known candidates on the ballot Tuesday, Dec. 11 to replace former state Sen. Sylvia Garcia, D-Houston — a vacancy they both have spent most of the year anticipating and are now sprinting to secure in the wake of the midterm elections. And with just days to go – early voting started last week – the choice between the two lawmakers is starting to crystallize.

At a debate last Tuesday, the two collided when a moderator asked Hernandez about the Houston Chronicle editorial board’s recent endorsement of Alvarado, which commended her for climbing the leadership ranks in a Republican-led House.

“To have to compromise and to negotiate to be in a leadership position, I will not do that,” Hernandez said in her answer, which drew a swift rebuttal from Alvarado, who insisted it was possible to maintain one’s values and also serve in leadership. She also said she was proud of the trust placed in her by the “moderate Republican” House Speaker, Joe Straus.

“This moderate Republican speaker that appointed her chair is the same one that pushed SB 4,” Hernandez shot back, referring to the anti-“sanctuary cities” bill that passed into law last year under Straus. “You tell me if that’s moderate.”

The exchange marked a detour from the cordial tone of the race up until that point, especially between the two leading Democrats. There are a couple of other, lesser-known candidates — Republican Martha Fierro and Democrat Mia Mundy — raising the prospect that the race could head to a runoff after Tuesday if no one gets more than half the vote.

The ultimate winner gets to finish Garcia’s term, which goes through January 2021.

For Alvarado and Hernandez, Election Day has been a long time coming. They both entered the race months ago, declaring their candidacies the day after Garcia won the March Democratic primary to replace retiring U.S. Rep. Gene Green, D-Houston, in his deep-blue district. Garcia, however, did not vacate her Senate seat until after prevailing in the general election — first out of fear of appearing to take November for granted and then due to a dispute with Gov. Greg Abbott over the validity of a resignation letter she released in July.

The convoluted series of events led to the special election occurring less than a month before the Legislature reconvenes — and a potential runoff likely falling after the session starts Jan. 8. Without the seat filled, the Senate would begin the session with 30 members, or 19 Republicans and 11 Democrats. That would make it a little easier for Republicans to bring legislation to the floor without support from the other party — the so-called three-fifths rule would require only 18 senators to vote to begin debate versus the usual 19.

It is Alvarado’s second run for SD-6, which cuts through Houston’s East End, among other parts of the city, and stretches out to Baytown. Alvarado lost to Garcia in a 2013 special election runoff for the seat after state Sen. Mario Gallegos, D-Houston, died in office.

Now, the district’s Democrats are predominantly choosing between Hernandez and Alvarado, who were first elected to the House in 2005 and 2008, respectively. Since then, they have accrued very similar voting records – so much so that one ranking of House members by ideology last session placed Alvarado and Hernandez right next to one another among the chamber’s 55 Democrats.

“There’s essentially no difference in any core position they have, so it’s really a stylistic issue — it’s willingness to work on those core issues is what’s driving the race right now,” said Jay Aiyer, a political science professor at Texas Southern University.

The debate, which was held at the University of Houston-Downtown, put on full display the simmering tension over Alvarado’s chairmanships. But it also showcased more subtle differences in how the two are campaigning.

While Alvarado ticked through specific pieces of legislation she has worked on, Hernandez put more of an emphasis on her personal story, repeatedly mentioning that she was once an undocumented immigrant.

“I am the people that I want to represent in Senate District 6,” Hernandez said.

The race has divided the Democratic House delegation in Houston, a reminder of which came during the debate. After Alvarado defended her leadership position by noting there are “great Democrats” who also chair committees — such as state Reps. Garnet Coleman and Senfronia Thompson — Hernandez was ready with a rejoinder.

“I’m glad that you mentioned Senfronia Thompson and Garnet Coleman,” Hernandez said, “because I am proud to have their endorsement for my candidacy for Senate District 6.”

Alvarado also boasts an endorsement list topped by the three most recent former mayors of Houston. The office’s current occupant, Sylvester Turner, is backing Hernandez, a former House colleague who got behind him early when he launched his successful bid for mayor in 2015. At the time, Hernandez’s nod helped lend Turner appeal to the city’s Hispanic voters as he readied to take on then-Harris County Sheriff Adrian Garcia.

Few Democratic groups have openly picked sides in the contest. One prominent exception is Planned Parenthood Texas Votes, the state-level political arm of the women’s health group, which endorsed Alvarado a couple weeks ago.

“While we have in the past endorsed Ana Hernandez for her House seat and she’s been a terrific vote … Carol has really stood up on the issue and has made women’s health and reproductive rights a priority and has been fighting on the front lines every session,” said Yvonne Gutierrez, PPTX’s executive director.

Alvarado entered the race with a strong financial lead over Hernandez and has since outspent her significantly. Alvarado spent $391,000 from Oct. 28 through Dec. 1, while Hernandez spent about half that over a longer period — July 1 through Dec. 1 — according to their latest filings with the Texas Ethics Commission. (The timeframes on the reports vary because Alvarado had a contested re-election race in November, while Hernandez did not.) Alvarado’s financial advantage has allowed her to go on cable TV in the district.

The other two candidates face longer odds. The presence of Fierro, a Harris County GOP precinct chair, has reminded some of the September special election in Senate District 19, where Republican Pete Flores pulled off an upset in a runoff after an initial round that also featured two prominent Democrats. SD-6, however, is a much more solidly Democratic district — Hillary Clinton beat Donald Trump there in 2016 by 46 percentage points in 2016 while carrying SD-19 by 12.

Still, Republicans outside the district are not ignoring the race. Texas GOP Chairman James Dickey has recorded a robocall for Fierro, and the party has sent a paid staffer to the district to lead field efforts. Fierro entered the race with the support of state Rep. Briscoe Cain, R-Deer Park, and on Tuesday won the endorsement of a local hero, Jim “Mattress Mack” McIngvale.

Fierro’s campaign is hoping that with the general election over — and straight-ticket voting not an option for voters in the special election — voters will focus more on the individual candidates and their backgrounds. Fierro talks regularly about how she came to the country illegally from Mexico but received amnesty under President Ronald Reagan’s 1986 immigration reform law.

“People are looking more into the individuals themselves, especially if they see two Democrats who’ve been around a while and my community hasn’t gone anywhere with them — but here’s this woman” with a compelling story, Fierro campaign manager Justin Farrell said.

Mundy, meanwhile, is an executive search consultant and first-time candidate. She does not appear to be waging as serious of a campaign as the other contenders — she reported no activity on her most recent campaign finance filing with the Texas Ethics Commission — but is hoping voters will reward her zeal for the job.

“Do not let my inexperience fool you,” she said at the debate. “I am passionate and I will serve the people of SD-6 and I will make sure that marginalized voices have a seat at the table and we move this district forward.”

This article originally appeared in The Texas Tribune at https://www.texastribune.org/2018/12/06/sylvia-garcia-carol-alvarado-ana-hernandez-special-election/. 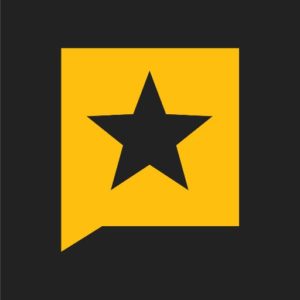