During the largest endorsement meeting in its history, the Houston GLBT Political Caucus backed Andrew White for governor over two openly gay candidates.

Prior to the vote, several Caucus members said they felt White would be a more viable opponent for incumbent Republican Governor Greg Abbott in the general election. Others, including pioneering LGBTQ activist Ray Hill, mentioned their personal friendships with White’s father, who was from Houston and returned to the city after serving as governor.

“I’m humbled by and unbelievably grateful for the Houston GLBT Political Caucus’ endorsement,” White said in a statement after the vote. “Mark my words: I will fight hard for full LGBTQ equality as governor and come out swinging against any efforts to discriminate. It’s past time to treat all Texans fairly and equally under the law.”

White was among 58 candidates endorsed by the Caucus, the oldest LGBTQ civil rights group in the South, during a six-and-a-half-hour meeting at St. Stephen’s Episcopal Church on Saturday, Feb. 3. The 130 available seats were filled, and approximately 250 others packed the room, spilling over into an adjacent hallway.

The governor’s race wasn’t the only contest in which the Caucus rejected an LGBTQ candidate in favor of a non-LGBTQ opponent in the Democratic primary. In fact, of the 11 openly LGBTQ candidates who sought the Caucus’ endorsement, only five received it.

Among those who did not win the Caucus’ backing was transgender candidate Jenifer Pool, a former president of the group. The Caucus instead voted to endorse Democrat Adam Milasincic for Texas House District 138.

“This is painful for me,” said Daniel Williams, a member of the Caucus’ candidate screening committee. “I would support Jenifer any day for city council, but I do not think she is the best candidate for this Texas state representative position.”

Ironically, the longest debate of the day involved a race in which the Caucus ultimately did not make an endorsement: Congressional District 7, which covers much of west Houston. Members voted down separate motions to endorse Justin Westin, Lizzie Pannill Fletcher, Alex Triantaphyllis, and Laura Moser. Pursuant to a motion from former city councilwoman Sue Lovell, the Caucus opted instead to hold a community forum for Democrats seeking the seat held by Republican incumbent John Culberson.

The District 7 candidates were among 223 Democrats running for 59 offices who sought the Caucus’ endorsement. Only three Republicans sought the group’s backing, and only one received it: Mary Miller, a candidate for the U.S. Senate seat held by Ted Cruz.

Congressional District 36 candidate Dayna Steele, who was endorsed by the Caucus, told OutSmart she sees an “incredible grassroots out there” in 2018.

“We will never outraise people like the Koch brothers, but we can out-work, out-talk, out-charm and out-care them,” Steele said. “Democrats have been bullied into political closets. Now they are coming out in great numbers.”

A full list of the Caucus’ endorsements is below. 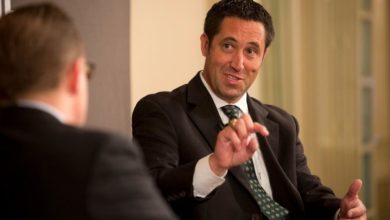 What You Need to Know About Texas Comptroller Glenn Hegar