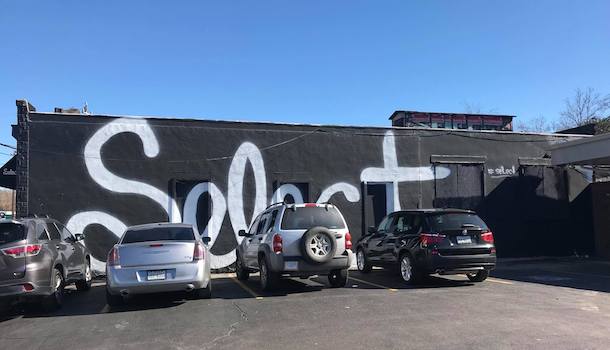 Houston’s “Pride Wall,” the Montrose mural created following the Pulse Nightclub massacre in 2016, had quickly become a landmark for some in the LGBTQ community.

But the manager of Select Skate Shop, which created the Pride Wall and occupies the building at 1641 Westheimer, says the mural was frequently getting “tagged” and had become difficult to maintain.

That’s why, a few days ago, Select Skate Shop painted over the rainbow-colored Pride Wall with its own black-and-white logo (above).

“We just wanted to switch it up,” said manager Zach Godlewski. “It would have been harder to get all the colors back again and have them stay. It’s harder for somebody to paint sometinng on a black wall than it is on something else.”

Godlewski said he had not been fully aware of the Pride Wall’s significance to the LGBTQ community, adding that the business is likely to eventually bring it back.

“There’s nothing but love over here,” he said. “It’s just good to switch things up, because it kind of deters people from wanting to paint over it.”

LGBTQ activist Eric Edward Schell, who posted a photo of the repainted Pride Wall on Facebook on Friday, said he was not satisfied with Select Skate Shop’s explanation.

“Why not just paint over the tags and fight for Montrose’s LGBTQIA+ community?” Schell wrote. “Gentrification and erasure at its best.”