Did it throw the LGBT community under the bus?
Op-Ed by Daniel Graney

The Texas Democratic Party has an image problem with many of its LGBT constituents. For the second time in four months, the State Democratic Executive Committee (SDEC) voted not to include a marriage equality referendum on the 2012 Democratic primary ballot.

This issue first came to light last November when a group of progressive SDEC members, both gay and straight, organized an effort to get the SDEC to include referenda on the primary ballot. Proponents argued that a marriage equality referendum would boost voter turnout, especially among young people and other Democratic “base” voters, in a presidential election year when President Obama faces no opposition for reelection.

Resolutions to include referenda on marriage equality, abolishing the death penalty, legalizing marijuana, the DREAM Act, and affordable college tuition were drafted by SDEC members and presented to the SDEC Resolutions Committee for consideration at last November’s meeting. The committee voted in favor of including affordable college tuition, the DREAM Act, and legalized casino gambling on the ballot, but voted down the resolutions on marriage equality, the death penalty, and legalizing marijuana.

The proposed marriage equality referendum is worded as follows: “Same-sex couples should be granted equal access to civil marriage and all its benefits and all federal and state laws denying such access should be repealed.”

Since there were sufficient votes within the committee to present a minority report before the entire SDEC, the three resolutions were brought up again in general session. During debate, opponents argued that including such referenda on the ballot would give Republicans fodder for attacking Democrats, negatively impact Democratic candidates on the ballot, and set back progress on LGBT rights if the marriage equality measure ended up failing at the ballot box.

All three resolutions were defeated on the floor of the SDEC general session. The marriage equality resolution, which was defeated by a vote of 33–21, garnered more votes than the other two resolutions.

Fast forward to February 11, 2012. Garry Brown, an SDEC member from Austin, decided to bring back the marriage equality resolution for reconsideration in the general session. State chairman Boyd Richie ruled Brown’s motion out of order “because this was already voted on at the last SDEC meeting and was defeated.” Brown appealed Chairman Richie’s ruling, but that appeal lost by a vote of 16–40.

By rejecting the marriage equality referendum, the SDEC acted contrary to its own party platform and resolutions. The 2010 Texas Democratic Party platform explicitly calls for the “repeal of discriminatory laws and policies against members of the gay, lesbian, bisexual and transgender community.” Moreover, delegates to the 2010 State Democratic Convention in Corpus Christi voted overwhelmingly in favor of a resolution calling for the repeal of the federal Defense of Marriage Act, as President Obama has done.

The SDEC clearly stands on the wrong side of history on this issue. Both national and state polling data show increasing support for civil marriage for same-gender couples among all demographic groups, with a clear majority of younger voters supporting civil marriage. Washington State recently became the seventh state to approve same-sex marriage, and New Jersey and Maryland are on a trajectory to do the same. Over 100 mayors from major cities all across the country (including the mayors of Austin, Houston, and San Antonio) have signed a pledge advocating for marriage equality. The Ninth Circuit Court of Appeals ruled California’s Proposition 8 unconstitutional, and the issue of marriage equality will likely come before the U.S. Supreme Court in the next year or two.

Many LGBT Democrats feel a sense of betrayal by their own party. In contrast to the Republican Party, which openly promotes homophobia and bigotry, the Democratic Party has been viewed as the home of those devoted to securing fair and equal treatment for all people, regardless of sexual orientation and gender identity or expression. In 2000, delegates to the Texas Democratic Convention voted to recognize the Texas Stonewall Democratic Caucus (TSDC) as the official LGBT Caucus of the State Democratic Party by giving them two seats on the SDEC. Yet, many party officials and candidates cannot bring themselves to embrace full equality for LGBT people. It was particularly disheartening to see a majority of SDEC members from Dallas and Houston vote against the marriage equality resolution. These same people attend LGBT events in those cities and have privately voiced their support for same-sex marriage.

SDEC members are good and honorable people who contribute their time and money to the party. However, if the party does not stand for something as important as marriage equality, then fear rules and the party is diminished as a result. We would do well to remember the words of Bayard Rustin, the openly gay African-American man who fought for civil rights alongside Dr. Martin Luther King (and whose 100th birthday we commemorate this year): “To be afraid is to act as if the truth were not true.”

Daniel Graney lives in San Antonio and is president of the Texas Stonewall Democratic Caucus. He married his partner of 36 years in Vermont in 2009. His spouse, Roberto J. Flores, died in 2010. Flores was the first openly gay chairperson of the Bexar County Democratic Party. 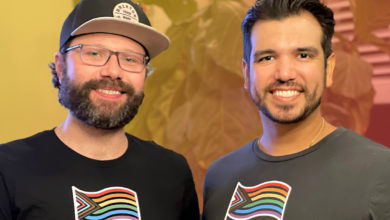 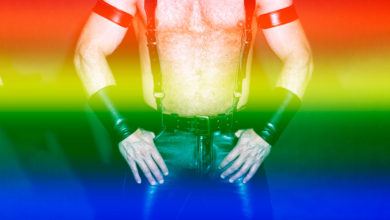 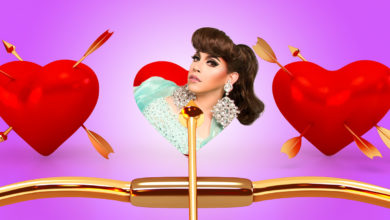