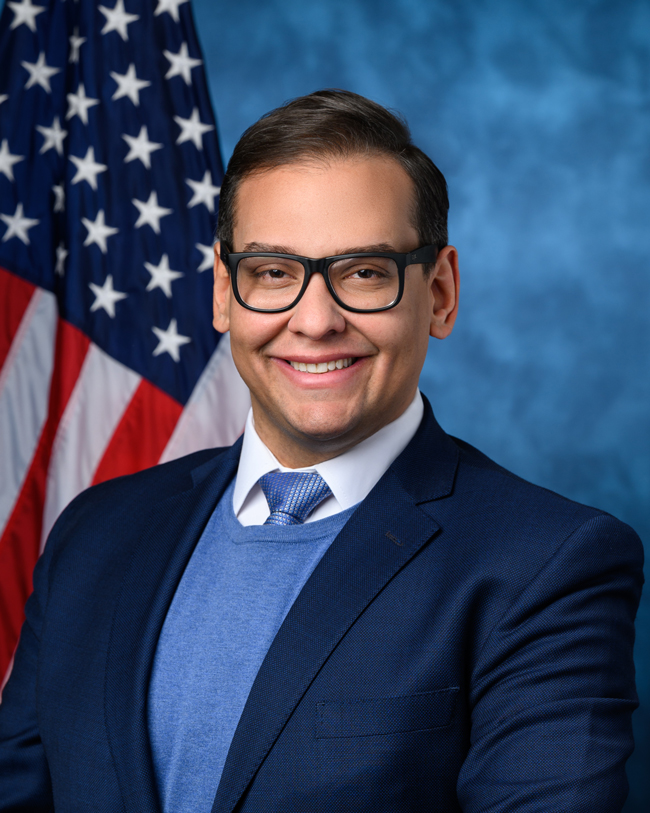 We all know “that one queen.” You know, the one who is always talking about how much money they make but never buys a round of drinks. They brag about their big house, but when you visit there isn’t any furniture. Or they brag about how they have a BMW, but you know it’s a leased 2006 X1. In Houston we refer to them as being from Dallas, but in the United States House of Representatives they are named George Santos.

Santos, 34, was recently elected to represent New York’s 3rd Congressional District. It was his second run for elected office, but his first win. He had Republican elites like fellow New York Rep. Elise Stefanek stumping with him on the campaign trail. He was able to flip a district from blue to red. He is also one of the few openly gay people serving in Congress.

But according to the New York Times, he may be sort of a liar. Sorry—a “fabricator.” I think we are supposed to say he “fabricated” all of his lies.

I know, I know—a politician who lies (dammit, I mean “fabricates”). What else is new? But this queen really likes to fabricate about things that are very easy to check up on. For example, he said he worked at Goldman Sachs and Citigroup, but they have no record of him working there, according to the Times. He said he graduated from Baruch College in 2010, but there’s no record of him there, either. He also claimed to have lost four employees in the Pulse massacre in Orlando, but he hasn’t been able to identify the company he is referring to. The Times reviewed the 49 Pulse victims and didn’t locate any affiliation with a Santos company.

This queen also allegedly stole a checkbook in Brazil and used it to steal $700 worth of merchandise, and now Brazil is after his ass! That police case had gone cold until Santos turned up in Congress. Nothing like a New York Times exposé to rat you out.

The latest is that Santos, who was an ardent and vocal supporter of Florida’s discriminatory “Don’t Say Gay” bill, was allegedly a drag queen named Kitara Ravache who entered (and lost) a pageant in Brazil. Honestly, I don’t care that some Log Cabin gay got in some halfway decent drag. But if it’s true, I am pissed that he’s such a lying hypocrite. Who knows what is true with this queen. Is he even gay? I hope not. The straights can have him.

LGBTQ people have long lived by the mantra that in politics, if you aren’t at the table you are on the menu. For decades, we have been building political power by supporting qualified LGBTQ candidates who have won seats at the table. Houston is famous for this. We have elected a ton of queer people to office on the local and state level, including former mayor Annise Parker. Wisconsin senator Tammy Baldwin, the first openly queer person elected to the U.S. Senate, was integral to passing the Respect for Marriage Act—a major legislative victory for LGBTQ people.

But Santos goes to show that not every gay is gold. A rising tide may lift all boats, but some boats lie (I mean “fabricate”) about attending NYU, or having grandparents who were in the Holocaust. In fact, neither story is true. I don’t even think the man is Jewish.

Santos may be “that one queen” who we all know is full of shit. But be careful not to dismiss “that one queen,” because bullshit has become the currency of the times. And if we aren’t paying attention, “that one queen” may just become our next congressional representative. Just because we get a seat at the table doesn’t mean we won’t eat our own.