When 26-year-old trans woman Julie Talbert was growing up in suburban Katy, Texas, she wanted to be an inventor.

“I thought that was something you could just do. I wanted to be a Steve Jobs type,” she recalls. “You just make something in your garage and make a lot of money. But I don’t think I’m quite cut out for Shark Tank.”

The inventing thing never panned out for Talbert. Instead, after a short stint at the University of Houston studying computer science, she found her way to comedy.

“I’ve never been good at being sincere, so anything I did would have to be steeped in irony,” Talbert admits. “I would tell my friends jokes that they wouldn’t laugh at, and I’d think, ‘OK, but if I said this onstage with a microphone, this would be funny.’”

Likewise, when people ask her to tell them a joke, it’s always awkward. “Stand-up needs the context of a stage and a crowd and a microphone.”

Four years ago, Talbert started where most comics start: open-mic nights at the local comedy clubs. “The first time I ever [did an open-mic], there was someone who lived in my dorm who was there, and it was his first time, too. I went up and I did pretty well, but he bombed the whole time. I felt bad for him.

“It’s hard for me, even now, to see someone not do well. It makes me think of [all the times that] I’ve bombed.”

Bombing comes with the territory, Talbert says. But when you do, “It’s not good form to blame the audience. You have to think, ‘What can I do better?’”

Like most comics, Talbert writes her material ahead of time. 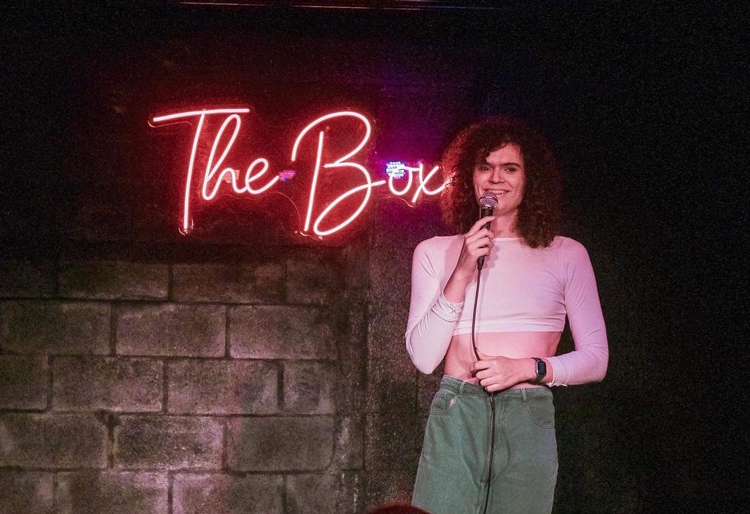 “Sometimes a joke will be half-formed and I’ll try it at an open mic to get a sense of where I can go with it. But never for a paid gig. I’d even go so far as to say that anyone who does entirely improv sets isn’t a real comic. But I digress.”

Talbert describes her comedy as “dark and sarcastic, but also silly.”

“I like to dig into things that I feel like most people probably think about at some point, but don’t talk about openly—whether that’s about being trans, or just weird social etiquette.”

Talbert began performing just before she transitioned—which was just before the pandemic started.

“It was very convenient timing. It gave me a long time to adjust.”

She now regularly hosts shows and performs at The Secret Group comedy club, as well as at Rudyard’s Pub for their Riot comedy shows.

Doing the comedy circuit after she transitioned was an adjustment for Talbert. “Everyone in the comedy community has been really great. But there was obviously gossip for a bit.”

Her main concern was that people wouldn’t think she was funny anymore.

“I didn’t want being trans to be the main part of my comedy identity.”

Talbert knew she was trans when she was 16 or 17, but she didn’t transition until she was 24.

“There were a lot of reasons, but one was that I was worried I wouldn’t be pretty as a girl. As a trans person, the more conventionally pretty I try to be, the more people like me. People respond better to trans [women] who are more conventionally pretty. I get misgendered a lot by customers at work. It’s hard when you hit a wall and the hormones have done all they can.”

Despite the gender-identity issues, Talbert says it’s all worth it. For one thing, everyone has to listen to you for that brief moment onstage.

It also helps that people can relate to Talbert’s conviction that “if the world’s falling apart, we may as well laugh about it.

“In general, I’m pretty quiet, and I get talked over. But when you have the microphone, it’s all you at that point. There’s nothing that feels as good as crushing a set. I have a bit of an addictive personality. It’s all about that dopamine rush.”

For more on Talbert’s comedy, visit @cruelly.julie on Instagram. 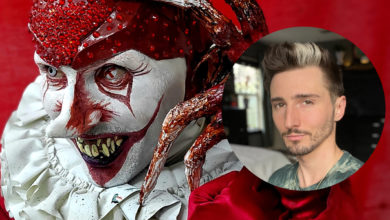 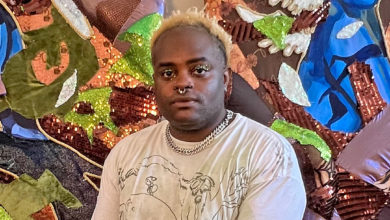 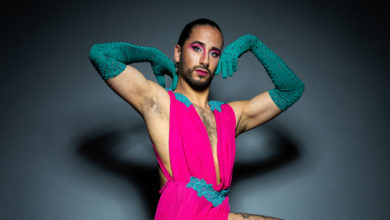 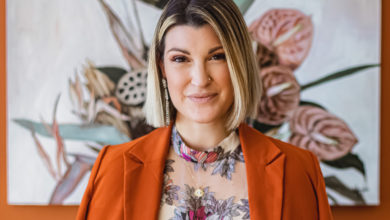 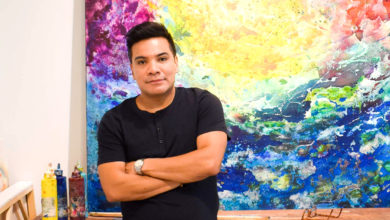