Founded in 1975, the Houston LGBTQ+ Political Caucus is the South’s oldest pro-equality civil rights organization. Despite its lengthy history, no Black woman of the trans experience had been elected to serve on its board until Joelle Bayaa-Uzuri Espeut won her seat in 2022.

Espeut was nervous when she was first offered the opportunity to become a part of the board because she had never seen herself represented and didn’t think it was a possibility. But after working on projects with The Caucus, she came to admire its commitment to inclusivity, diversity, and the local LGBTQ community.

Caucus president Jovon Tyler describes Espeut as a passionate person who deeply cares for the unseen, overlooked, and underserved members of the queer community.

“Her nomination and election to the board was significant not just because she is the first Black transgender woman to serve on our board, but because she brings the voice of those who often don’t know they have a political voice worth hearing,” he says.

Espeut was nominated for her activism and heavy involvement in Houston’s LGBTQ community. She has highlighted issues that impact trans women as a writer for the local queer publications TransGriot and Spectrum South. As the director of programming at The Normal Anomaly Initiative, Inc. (TNA), Houston’s only Black queer community center, she oversees several ancillary programs such as P.O.W.R. (Positives Organizing Wellness and Resilience), which was created to empower people living with HIV; the Transgender Ally Collective, a group of local queer organizations partnering to support Black trans women; and Project Liberate, a program designed to help Black entrepreneurs and nonprofit leaders. She has also worked with AIDS United, GLAAD, the Gilead COMPASS Initiative, and more.

An Army brat born in Würzburg, Germany, Espeut has lived around the world. She considers Houston her second home and Los Angeles her first. She earned a degree in fashion design from Brooks College in Long Beach. During her time working on the production management side of fashion with popular brands like Baby Phat and American Apparel, she was always prepared to work as long as necessary to get the job done. She also treated everyone equally—from the housekeepers to the company president—because she saw the value of everyone and every role.

“My experience as a marginalized Black trans woman and knowing that communication and relationships are important is what helped propel me,” she says.

However, she lost her passion for fashion after years of enduring discrimination while climbing the corporate ladder. She rarely saw other Black people—let alone Black trans women—in leadership positions. And the more time she spent in the field, the more hostile the workplace became.

Once during a board meeting (which consisted of mostly white men, apart from herself and her boss), the owner of the company she was working for barraged her with questions about production and then criticized her tattoos, her nails, her tennis shoes, and her gender expression. “Look at the way you look!” she remembers him saying.

“It was a humiliating experience, and no one had my back,” she recalls. “I don’t get the opportunity in those spaces to staunchly defend myself. Otherwise, I’m playing into stereotypes of Black trans women.”

Another time, a senior manager told her boss that he felt uncomfortable working with her and wanted to replace her with “a less-experienced white woman,” assuming she would do a better job than Espeut as production manager. He also tried to demote her to an entry-level position.

“After continuously hitting a glass ceiling, I sought to pivot both my career and my personal life to one that centered my own life and lived experience as a Black trans woman and uplifted the Black trans community—specifically Black trans women,” she says.

After over a decade in the fashion industry, she realized she wanted to become an activist who highlighted the varying lives of Black trans women. Now the director of programming at TNA and a board member of The Caucus, she does just that.

“Working with TNA and the Houston LGBTQ+ Political Caucus gives me the opportunity to work and lead the efforts of liberation by uplifting, protecting, and advocating for Black trans women such as myself,” she says.

Ian L. Haddock, TNA’s founder and executive director, is honored to not only be Espeut’s colleague, but also her friend. “What is most amazing about Joelle is that she truly embodies the hope for the future,” he says. “From her leadership at work to her powerful mentoring of community members, her mind is an incredible gift.”

Espeut is eager to continue working at TNA and The Caucus. Both organizations will be coming out to support this month’s local Pride events, which Espeut is excited about more than ever.

“We are getting back to our roots, as far as it being a celebration of community and not just a cash grab for cis-het corporations,” she says.

She’ll be participating in a trans Pride event by the Monica Roberts Resource Center on June 24, and urges everyone to celebrate Pride while centering the queer community’s most marginalized members, such as Black trans women, gender-nonconforming nonbinary folk, queer disabled people, and queer fat people.

“It’s important that we continue to center the most marginalized persons, because that’s the only way we’ll find liberation and freedom in our queer community,” she says. 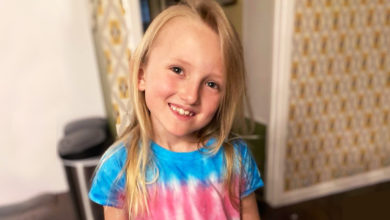