In 2019, mechanical engineer Chih Lin and chemical engineer Mike Dorsey did what most people only dream of—they quit their day jobs after just 15 years and followed their true passion. The duo founded a dumpling business that they aptly named Dumpling Dudez.

The 40-year-old husbands are both Geminis born in the Year of the Monkey, and their common interests and entrepreneurial spirit make them a match made in heaven. Lin is from Taipei, Taiwan, and Dorsey is a Houston native, and the pair now lives in Houston in EaDo after having met online 13 years ago.

“To put it in perspective, we were chatting on Gay.com and AIM, which was the Tesla of our time,” Mike recalls. They messaged for four or five months before they finally met at a coffee house in Austin called Mozart’s Coffee Roasters. “It was a short meeting, just to make sure that we were who we had said we were.”

They were off to the races after that meeting, and Chih proposed to Mike on January 5, 2017. Chih had been scheming to propose to Mike at that same Austin coffee shop, but things got off to a rocky start. “I didn’t want to get coffee that day,” Mike says. “We were in Austin visiting friends.” Mike just wanted to get on with his friends, but he finally agreed to grab a cup. “I got my coffee and walked down by the water and waited for everyone to get there. I turn around to walk back up, and there he is down on one knee. I was so stunned that he proposed that I don’t remember what all he said. I said, ‘Of course, yes! Oh my God. Yes!’” 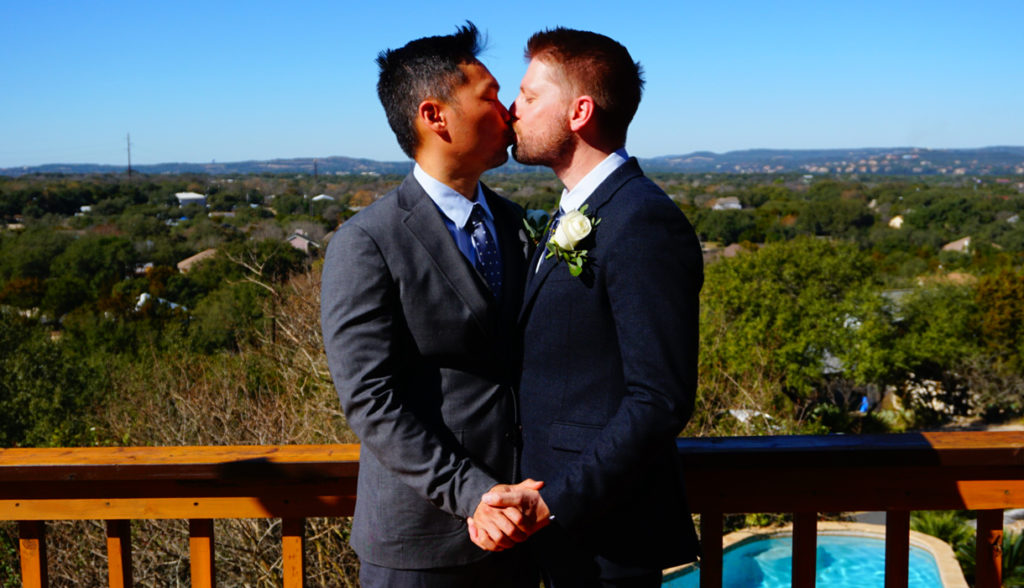 Although they didn’t realize it until a Facebook Memory reminded them, their January 5 wedding date was actually the same as their proposal date. Their 2019 wedding was purposely limited to nine guests so they would have the funding to start Dumpling Dudez later that year. All of their friends chipped in to rent a house in Austin, and they also brought a few covered dishes for the reception. “The wedding was small, but it was full of love and memorable stories,” Mike recalls. Their best friend officiated the wedding, and their goddaughter was the flower girl. “Our dog, Connor, even wore a bow tie for the occasion,” Chih says.

The ceremony may have been small, but the gestures of the day were certainly not. “My ‘something borrowed’ was from my best mate, Lisa Zavala. When she and her husband (our officiant) got married, they had a lasso in their service, as is the practice in Mexican weddings. It wasn’t until it was time for us to say our vows that she revealed the ‘something borrowed.’ My heart swelled. It was so beautiful—the lasso, and the gesture,” Mike says.

When Chih and Mike finally started their dumpling business, they posted a wedding photo of themselves kissing on LinkedIn. “The story described how we kept our wedding small to start a new business, and the sacrifices we made as a couple to follow our passion,” Chih explains. “With over 50,000 views, we got a lot of support—and some negative comments. ‘Gross. Get out of Houston. You make me sick. Disgusting. You guys are what’s wrong with this country…’”

On the other hand, one response they received was from a man who was so inspired by their LinkedIn post that he decided to go home and propose to his boyfriend that day. “And he said yes!” Chih adds.

Mike and Chih honeymooned in the Pacific Northwest, beginning in Seattle and taking the train to Vancouver, Canada. “Chih had never been on a winter vacation, so we planned a snow day up in the mountains. We tobogganed all day. It was the best part of the trip, honestly,” Mike says. After that, they returned to Seattle and headed by train again to Portland. “We stayed a few days and got upgraded to the honeymoon suite—just like in Friends, our favorite show,” Chih jokes. 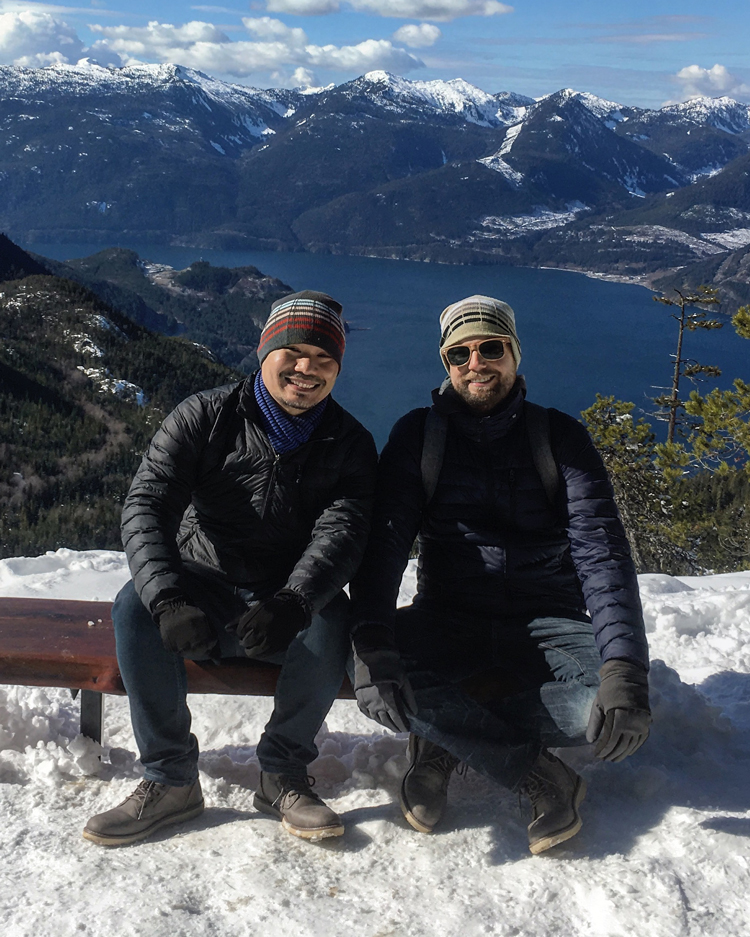 After two years of marriage, the couple says they can offer a few tips for running a business with the one you love. First off, have clear individual responsibilities. “Just because you own a business together doesn’t mean you have to do everything together. Tap in to your unique superpower to determine your roles. In our case, I am in charge of the finances, processes, and products, while Chih is in charge of marketing and business development,” Mike says.

But the couple’s real secret to success is communication. “Even though you may be working on the same project, you cannot read each other’s minds,” he adds. “Each person’s vision will be different. Open communication will align and unify, [so you can avoid] working in two different directions.”

And they both agree that you have to “celebrate all the little wins together, and hold each other up when either of you falls. You are going to get into arguments, and there are moments you will hate each other! Remind yourself of why you decided to build a life together, and work through the obstacles with laughter and common goals.”

This is one couple that really knows the value of teamwork. Chih tells Mike that he’s the most understanding husband a man could ever ask for. “Thank you for giving up your dream wedding, so we can follow our dream together. I still owe you our first dance when we have the resources to do it all over again.”

Mike describes Chih as a man of action: “I am always impressed with the way he can work a crowd, like when we have our dumpling-making classes. He knows how to make everyone in the room feel important and special, like we are having the class just for them. But above all this, he has always been there for me.”