When Jack Pierson, one of the greatest artists working today, tells you to go look at a young artist’s show, take the hint seriously. In 2007 while strolling Commercial Street in Provincetown, Pierson ran up to me and enthusiastically told me I needed to pay attention to a young artist named Paul Lee, who had regularly shown in town at The Schoolhouse Gallery and was being featured in a show at Albert Merola Gallery that was curated by John Waters, the infamous filmmaker, author, and sultan of sleaze.

Unlike many arts-oriented vacation spots, Provincetown still retains a population of world-class art makers. The Schoolhouse and Albert Merola galleries are among the longest-running of the town’s half-dozen or so serious galleries, and Lee had his work on view at both. Pierson advised that I would love his gentle, poetic language.

At first, I didn’t. I saw merely the literal facts of the work—used towels dissected on the wall, large sections of their middle areas cut away, leaving only a terrycloth frame. I was flummoxed, and unwilling to make the conceptual leap that these quiet works demanded. 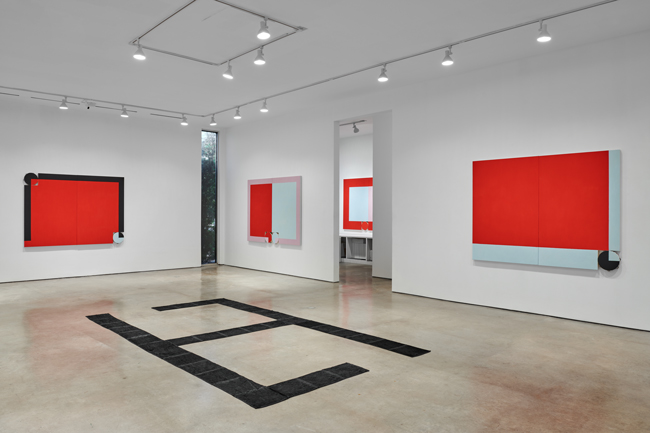 One of the great and terrifying benefits of working as a curator and critic for four decades is being able to look back and not only revise one’s opinion, but also examine why one was unable to see the beauty in certain pieces. Lee’s powerful towel creation is now one of my favorite pieces by this celebrated artist.

Soon, Lee’s art had totally captivated me. Born in 1974, Lee came of age as a gay man in a period dominated by fear of contagion and seeing an older generation for whom sex and death would be forever entwined. Lee wanted to celebrate the rituals that, in his mind, defined his doomed role models and mentors. The towels evoke the bathhouses that Lee had never entered and where he had never found himself walking silently for hours, like a ritual walking meditation, in search of sex, love, simple human contact, or at least to avoid leaving the baths unsatisfied.

Lee’s towels can’t help but speak of all the flesh they had been rubbed against. Is there a more romantic gesture than drying a lover after a shared shower, even if the guy is still a stranger? Lee’s discarded towels also speak of the men we have loved who are either dead or have simply vanished.

Finding those larger-than-life stories in our queer quotidian encounters was also a theme in the work of Jack Pierson, Lee’s mentor from before his arrival in the States in 2001. After Lee wrote his graduate thesis on Pierson’s use of celebrity as an artistic element, Pierson invited him to visit and immediately identified a shared sensibility. Pierson recalls encountering the mischief-filled quality of Lee’s art. “Paul’s work has always had a tough and tender quality, sort of like a 10-year-old smoking or a pickpocket who steals your wallet to give your money to a bum.”

Pierson introduced Lee to paradise in the form of the arts community of Provincetown. Seeing the movie Showgirls surrounded by gay men who read books and love debating difficult foreign movies changed Lee’s idea of what his future life as an artist could be.

Lee’s current Houston show (his second at David Shelton Gallery on Montrose Boulevard) opened after the quarantine started, and has only been viewable by appointment. The gallery is keeping it up through the summer, which is a great gift to Houston’s safety-conscious art lovers. Lee shows at Karma Gallery in New York and Stuart Shave Modern Art in London (both of whom also show Houston’s most celebrated artist, Mark Flood), so getting this significant show in Houston is a huge deal.

Lee’s work can appear sternly minimalist at first glance—rectangles of flat color on notched rectilinear surfaces—and the artist’s queerness is incidental to the meanings and pleasures he provides. Yet the notches are filled with tambourines that are painted to unify them with the overall compositions. Tambourines were an accessory for a certain generation of disco-obsessed revelers, and we need think only of the iconic logo of the Paradise Garage—a hot guy with a tambourine—to see how the artist’s use of musical instruments in his work 15 years ago had a political cadence. Like the towels, the tambourines are meant to be held, so our frustrated desire to pull one off a painting and play it along to Sylvester’s “You Make Me Feel (Mighty Real)” is part of the experience. One piece with two tambourines touching is called The Kiss and conjures the pagan rite of a dance floor transforming into pure heaven via a transcendent kiss with a near-stranger. It is wildly evocative, romantic, and wistful.

In the middle of the gallery floor is a recent still-in-progress towel piece with facecloths dyed a dense black. It remains the artist’s intention to come to Houston before the end of the show and give them a deeper black finish that totally absorbs light. The washcloths are arranged to suggest two tiny adjoining rooms. The piece is titled 315 Tenth Avenue, Lee’s New York City address in Chelsea, one of the gayest neighborhoods on earth. Many gay Houston men will recognize that address as being right around the corner from The Eagle NYC bar. 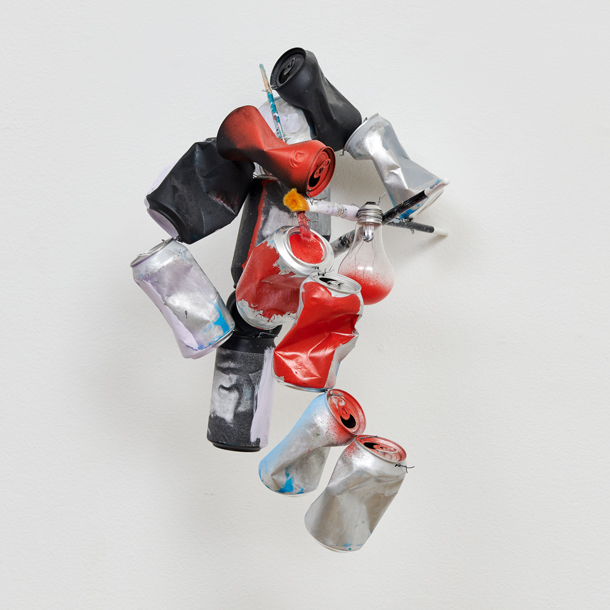 Lee has been with his partner, sculptor Paul Gabrielli, for 18 years. Gabrielli is also quite well-known for artworks referencing queer domesticity. To get safely from their Chelsea apartment to their Bushwick studios without entering the fearful subways during the quarantine, they have rented a car and are living a life that is as constrained as everyone else’s.

While Lee’s work appeared in a group show at Texas Gallery as early as 2004, his 2018 show at that gallery was his first trip to Houston. I sent pictures of the exhibition to Jack Pierson, who responded that it looked “breathtaking—somehow beyond whatever I could have hoped for a Paul Lee magnum opus.”

While travel for artists currently remains impossible in most situations, artwork can still move freely. Houstonians should be grateful that the artist and the gallery are allowing us to see this poetic and moving show in the middle of a quarantine.