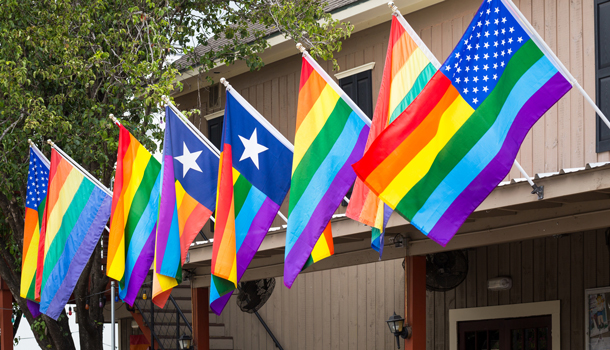 Friday, May 22, was a red-letter day for the Montrose-area LGBTQ bars as they were allowed to reopen for the first time since Governor Greg Abbott shut them down on March 20 to slow the COVID-19 pandemic.

“Friday night, when we went to unlock the doors, the crowd outside started cheering for us,” says Mark De Lange, owner of the leather-and-Levis bar Eagle Houston.

But it hasn’t been easy. “We’ve kind of been planning this since the restaurants reopened,” he says. “We put together a COVID-19 task force. One of the first things we did was buy two Far-UVC lights that hospitals use to kill viruses on surfaces. We hired a guy who just walks around sanitizing everything with those.”

Governor Abbott’s directive to bars wanting to reopen was a tough one: only 25 percent capacity, no dancing, social distancing, only six people per table, and no bar seating. At a bar.

“We put extra tables on the dance floor,” says De Lange. “We have servers now, because patrons can’t [stand around] the bar. Every employee gets their temperature checked before working, and if they do get sick they have to bring a doctor’s note clearing them for work when they come back. We have contactless payment options like Apple Pay, we use plastic cups and disposable straws, [we only pick up] lemons and limes with tongs, there are cleaning logs in the restrooms, and the light guy cleans in there every fifteen minutes.”

Staff are required to wear masks, and patrons are also encouraged to via the bar’s new “Mask 4 Mask” posters.

“It’s been a huge pain in the ass,” De Lange admits. “And at 25 percent capacity, we’re not making money. Maybe when we get to 50 percent. We lost $750,000 while we were closed, but I had to get my staff back to work, and they’ve busted their butts on this. I’m really proud of them.”

Christopher Barry, who had just opened BUDDY’S bar 12 weeks before having to close it, is also proud of his crew. “I hired all my staff back, but a good portion of them can’t come back because they had to move in with their parents and they (or someone they live with) is immune-compromised. The ones who did come back were very excited, even though they could probably make more money on unemployment,” he adds.

As for safety measures, Barry says BUDDY’S is using contactless payment, online table reservations, handheld devices to take orders at the tables, and masks for the staff. They also have guys in “sanitation shirts” that walk around with the anti-virus lights, and all patrons spray their hands with alcohol before being seated at their table. Still, Barry thinks “the new normal” will be profitable.

“Our capacity inside is 288, we have a patio and a big parking lot. We’ve marked off part of that and put tables out there, too.”

It’s been a little harder over at ReBar, which is only open three days a week for a total of about 24 hours.

“It’s still to be determined if we can make money this way,” says owner Jeffrey Harmon. “We are usually very fast-paced, and this has really slowed us down,” he notes, referring to the table-service requirement and having to disinfect everything all the time. “We are also using disposable drinkware and paper straws, and have eight stations with big pumpers of sanitizer. [We’ve also] limited the fruit choices.

“But we’re thankful people came out, and they’ve been really good,” he says. “I saw people bumping elbows and holding doors open for others. We didn’t have any issues, and we always have two Harris County constables on hand. It’s good to be open—for the staff, and to give people an option to come out.”

Charles Armstrong, owner of JR’s Bar and Grill and South Beach, knows he can’t make money under the current model, but he’s doing it anyway, at least for JR’s.

“It’s like taking your first steps into the pool, or the ocean—baby steps until you get your confidence.” He’s making employees do wellness and temperature checks before shifts, wear masks and gloves while working, and wipe down surfaces frequently. Because he owns both properties, he was able to continue paying his workers during the eight weeks they were closed.

South Beach remains closed for now. “It’s a dance club,” he says. “How do you open a dance club when you can’t dance?”

Armstrong thinks things will start to return to normal when there’s a vaccine or a “magic pill” so people can feel more comfortable going to bars and gyms. “I think there’s hope, but I just don’t know,” he laments. “There’s no vaccine for HIV, even 30 years later.”

Things are working out pretty well over at Tony’s Corner Pocket.

“So far, so good,” says owner Tony Vaccaro. “We mostly make use of the patio; we use disposable tablecloths and hand sanitizers on every table.”

As far as making money goes, Vaccaro says they will be okay unless there is a lot of rain and they can’t use the patio. Also, things could slow down because a lot of his loyal regulars (and biggest tippers) are oil-and-gas guys who are facing uncertain prospects.

“We clean, we only use lemons and limes with tongs, all the drinkware is plastic cups. I hate to use plastic, but right now we have to.

“I think we may get back to normal by Christmas. Maybe that will be my Christmas wish this year.” 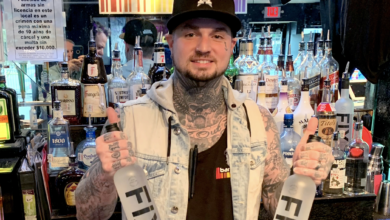 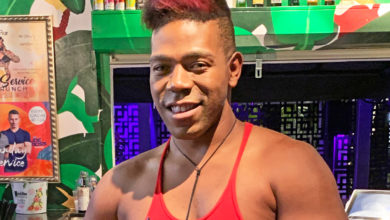 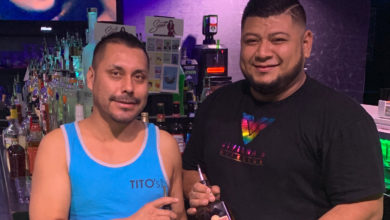 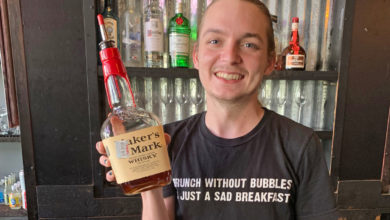 BEHIND THE BAR: September 2021 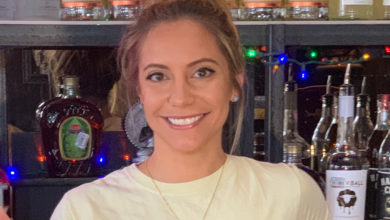 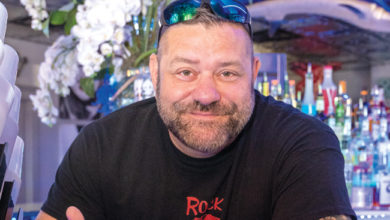