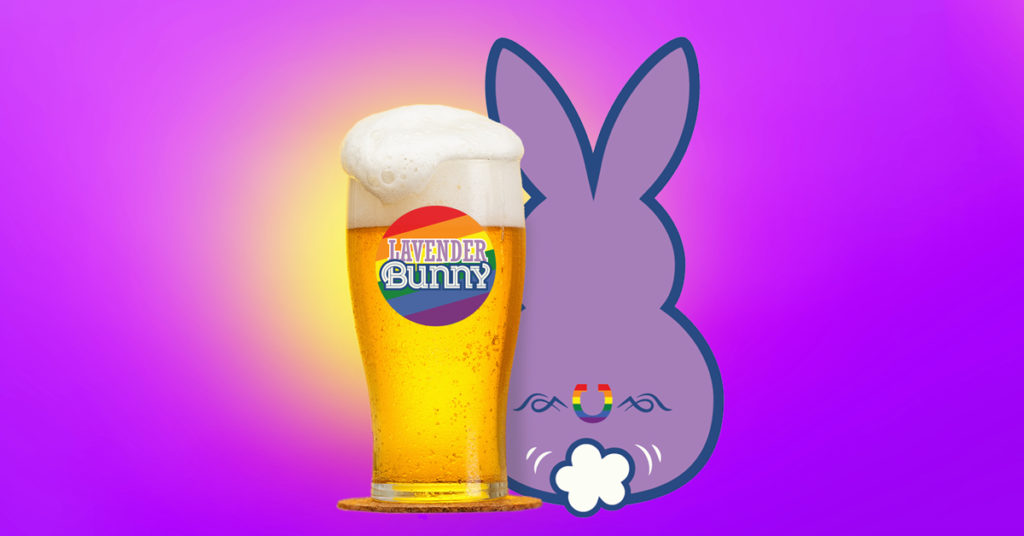 On St. Patrick’s Day, we drink green beer. When the Astros take home the World Series, we drink glitter beer. And during Pride, we drink lavender beer . . .or at least we will be this year. The local team of award-winning brewers at Eureka Heights Brew Co. is issuing a special Pride edition of their popular cream ale just in time for this month’s Pride celebration.

The gold-medal beer will be rebranded as “Lavender Bunny” throughout the month, and one dollar from every pint

sold at participating bars will be donated to Pride Houston, Inc. to support the Pride festival and parade.

You can visit any one of the growing number of bars that will have Lavender Bunny on tap during Pride weekend, including Conservatory, Flying Saucer (downtown and in Sugar Land), Finn Hall, Axelrad, Burger Joint, Hay Merchant, Pearl Bar, Raven Tower, Sideout Volleybar, NOBI, Pastry War, Tongue Cut Sparrow, Nightengale Room, and The Roastery.

“We wanted to create a special beer for the 50th anniversary of the Stonewall Rebellion, which [will be observed during this year’s] Pride weekend here in Houston. Lavender Bunny is a version of Buckle Bunny beer, with a lavender hue. Lavender is a color historically linked to the LGBTQ community, and we thought this would be an awesome way to celebrate this historic occasion and our diverse community,” said Rob Eichenlaub, co-founder and duct-tape master at Eureka Heights. 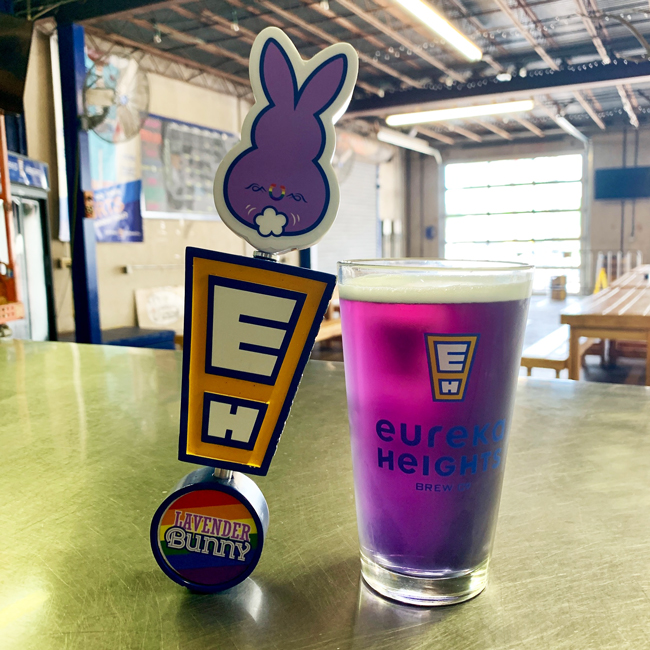 Lavender does indeed have special historic significance for the LGBTQ community. Before today’s rainbow-flag colors were adopted, lavender had been closely associated with the LGBTQ community as far back as the 1920s. The color lavender can also be understood as the result of mixing pink with blue, the traditional colors of the gender binary. In this context, lavender is a subversive combination of the two that can symbolize a blurring of gender distinctions.

The National LGBT Bar Association is also known as Lavender Law. Many colleges and universities sponsor a Lavender Graduation, event so that LGBTQ students can celebrate their identities and achievements. The study of LGBTQ terminology is known as “lavender linguistics.” Anti-gay political phrases were also popular, including the 1950s Lavender Scare (during the McCarthy era) and the 1970s Lavender Menace (during the rise of feminism). The Lavender Revolution was another name for the gay-rights movement that began with the 1969 Stonewall Riots.

Although many local businesses show their support for the LGBTQ community during Houston’s annual Pride celebration, few go to the lengths that Eureka Heights has gone to. Their Lavender Bunny beer is part of the brewery’s annual Pints for Pride campaign that will raise money for Pride Houston, Inc.

“Pints for Pride was something we thought of to help show support for our LGBTQ friends and family.  The 50th anniversary of the Stonewall Riots is a great year to start this annual fundraiser.” says Liah Crumbly, the brewery’s publicist.

Eureka Heights Brew Company, located on 18th Street in the Heights, has a fully functioning tap room and a rotating roster of food trucks. There is fun for the whole family on event nights that range from trivia contests to sports broadcasts. Customers will also enjoy the brewery’s portrait of legendary actress Betty White, who is the patron saint of Eureka Heights.

Brent Davis, the brewery’s Ambassador of Buzz, sums it up: “We celebrate the diversity of everyone in Houston. This is our home. We are very community-minded. In the process of making a fun beer, if we can also help someone out then we’re all for it.”