Bands around the country were having a hard enough time during the pandemic when their ability to tour and earn income came to a sudden and screeching halt. The LA-based trio MUNA took a double hit when their label, RCA, decided to drop them after releasing an EP and two studio albums.

But the queer-identifying group—who met a decade ago at the University of Southern California—says things actually turned out for the better. They quickly landed on singer/songwriter Phoebe Bridgers’ indie label Saddest Factory and took the opportunity to reinvent themselves and their sound away from “sad pop” for their new release.

“I wanted to explore a more joyful and embodied part of myself,” says singer/keyboardist and chief songwriter Katie Gavin (she/they) of the album, which leans heavy into synthy electro pop and dance music with dashes of balladry.

“We’re a funny band because we’re classified as pop, but it’s really alternative. And we’ve learned so much over the years about producing.”

Rounding out MUNA are guitarists Naomi McPherson (they/them) and Josette Maskin (she/they). McPherson is also nonbinary. Augmented by drummer Sarab Singh and bassist Geo Botelho, they’ll play at the House of Blues in Houston on October 10.

The new album’s songs often revolve around messy, intense, and complicated romantic relationships. But this is the first time Gavin says she truly felt comfortable not using safer gender-neutral pronouns for the lovers in her songs.

“I’m one of the legion of queer people who has taken a longer time to find out what my sexuality actually is,” she admits. “We’ve been out as a queer band since we started releasing music, but it wasn’t until five years ago that I was in acceptance of being happier not dating cis men. Plus, the financial consequences of being explicitly out were [much riskier] before. But the journey continues, and my songwriting documents those changes.”

The upbeat lead single “Silk Chiffon” (which features a vocal assist from the boss, Phoebe Bridgers) has become something of a TikTok sensation, soundtracking countless videos—somewhat to the band’s chagrin.

“We find it funny that if anyone knows a song from us, it’s that one,” says Maskin. “If anything, we’re traditionally known for almost devastating music, and here is this happy, bright song!”

The members of MUNA are well aware of Houston’s reputation for having a progressive and historic LGBTQ community, but also that legislators in Austin are actively pushing laws against the community’s interests, especially with trans youth.

“We know what Texas, unfortunately, is about,” Maskin says. “Regardless of what city we’re in, we’re trying to create a safe place for queer youth to be able to express themselves without fear of legislation—or whatever the patriarchy is doing to control queer bodies.”

MUNA’s videos all qualify as mini movies, putting the band in a wide variety of circumstances. For “Silk Chiffon,” they’re sent to a “gay conversion camp” (inspired by the 1999 satirical movie But I’m a Cheerleader), and for the country ballad “Kind of Girl,” there are cowboys in male drag at a ranch.

“What I Want” is a club banger in a paparazzi-fueled series of scenes in limos, clubs, hotel rooms, and other places for trysts and dancing. “Anything But Me” takes a darker tone, showing bandmembers chained to high-beams and radiators in what seems like a prelude to torture—sexual and otherwise—although there is also a line-dancing segment!

“I think the stark differences in the videos matches the energy of the album, in that there’s so many different things going on. So that made us feel free to treat them all as sort of a micro universe,” McPherson says. “And ‘Silk Chiffon’ pays respect to the queer canon while placing us in there.”

And the line dancing?

“We learned it the day before [shooting] and we were stressed about it, for sure!” she laughs. “But if someone asks us to do the choreography now, we could probably do it—even though we want to get it out of our heads!”

What: MUNA in concert, with Meet Me @ the Altar opening
When: 8 p.m., October 10, 2022
Where: House of Blue, 1204 Caroline
Info: Visit whereismuna.com and houseofblues.com/houston 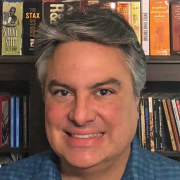