When Addie Tsai couldn’t find an uplifting magazine about fashion for and by the LGBTQIA+ community, the 42-year-old nonbinary queer writer decided to make their own.

“Even though our contributors do talk about struggle, we really do want this magazine to be uplifting and capture how exciting and wonderous queer fashion can be for queer people,” Tsai says.

“We’re looking for an authentic, powerful voice that is saying something we haven’t seen, or something that hasn’t been discussed to the extent I feel it should be,” Tsai says.

Looking ahead to Tsai’s Volume 3, which comes out in June during Pride Month, just femme & dandy will feature new columns such as “(get your) thread in the game,” which covers fitness, sports, dance, and other physical activities. Future issues will also feature a column called “not what it seams” to spotlight cosplay and costumes, from theatrical productions to drag.

“Fashion is important because queer people express themselves through their clothing and use clothing to speak to one another without saying a word,” Tsai says.

Tsai’s former graduate advisee Brooke Ashley, who became a working artist, writer, and musician with Tsai’s guidance, says the magazine is incredibly inviting for artists and writers. “It is very much creator-centered. They are looking to be a platform for overlooked voices and communities,” Ashley explains. “Queer fashion and its many offshoots hardly ever get featured in the mainstream literary world, and just femme & dandy is actively changing that.” 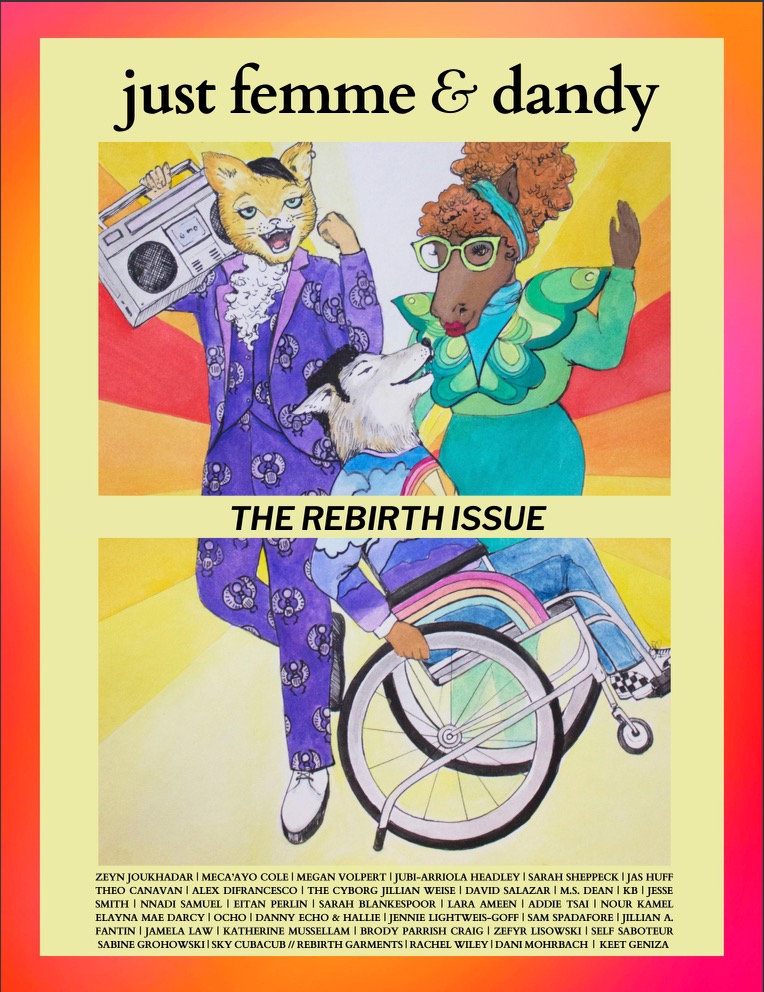 In addition to addressing the need for a queer fashion-themed literary and arts magazine, Tsai tells OutSmart that they wanted to create just femme & dandy for personal reasons. An artist of color from Houston who uses any and all pronouns, Tsai grew up with a twin sister in the 1990s—a time when pop culture portrayed twins as carbon-copies of each other who spoke in unison while wearing identical outfits. Tsai’s father also dressed the two of them identically throughout their childhood, and Tsai felt they weren’t seen as individuals or allowed to explore their own identities. This experience led to an interest in fashion, which gave Tsai the chance to reclaim their individuality.

“I think being a twin and not being allowed to dress myself or explore any sort of style was incredibly influential in wanting to create a space like just femme & dandy,” Tsai says.

Tsai hopes just femme & dandy becomes a space of learning where more people can discover and try new things, think about their bodies, reclaim how they dress, and better understand their relationship to fashion.

Because Tsai was previously too scared to experiment, this ambitious publisher only recently started to explore their queerness, the power of reclamation through fashion, and how to present. But there has always been a part of them that was drawn to queer presentations, Tsai admits. Growing up, they were mesmerized by their father’s leather briefcase, a traditional symbol of masculinity. Additionally, when they were a teenager, their mother taught them how to tie feminine silk scarves into neckties, merging the two gendered symbols. 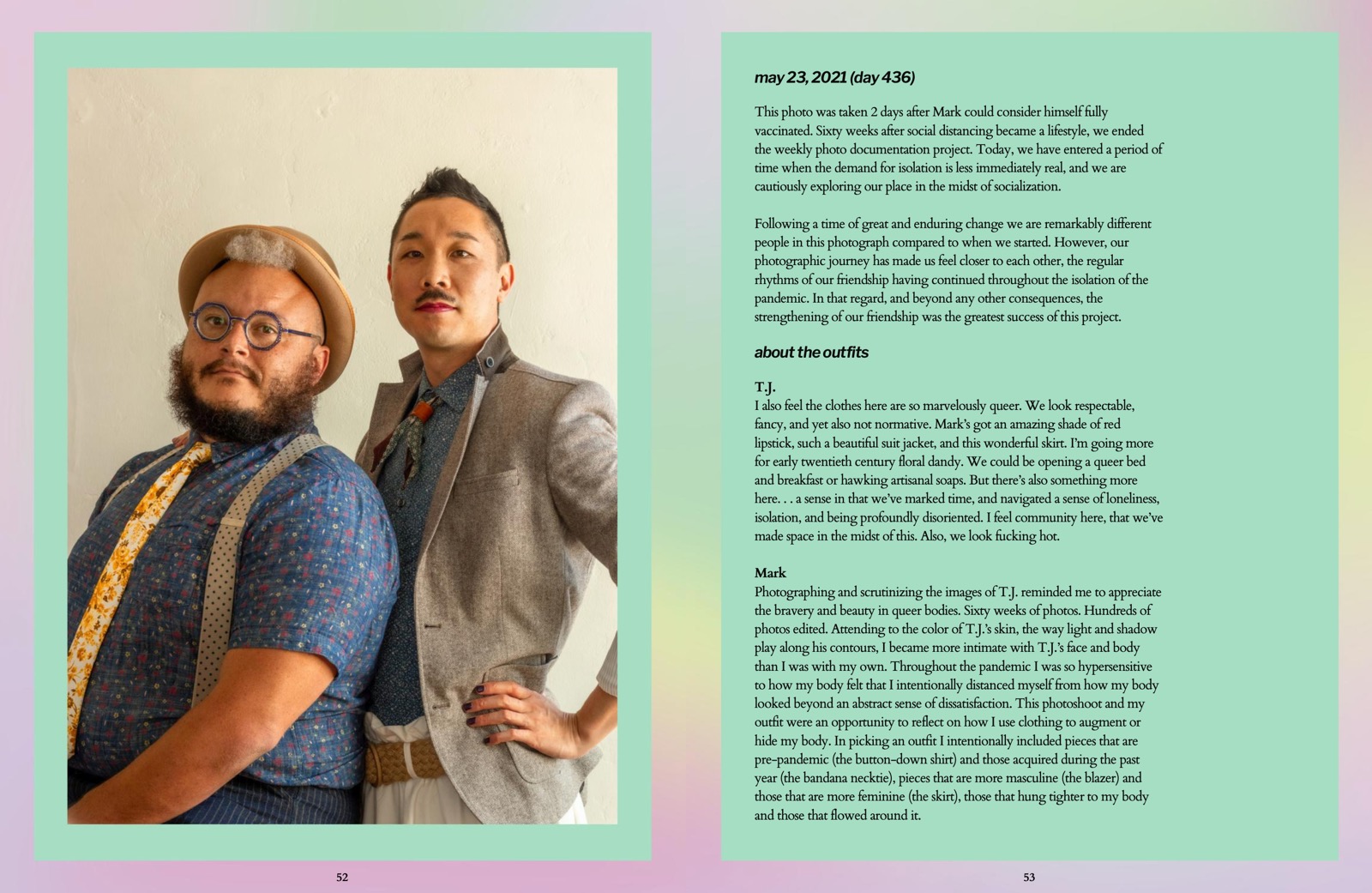 Now they wear bowties, bright eye makeup and lipstick, and break the rules of fashion by intentionally mixing patterns or wearing more than one color at a time.

“I think a lot of fashion rules come out of classicist, cishet-normative structures. I like to try to bend those rules,” Tsai says with a laugh.

In the future, just femme & dandy plans to sell print issues as well as works by other designers on the website. The magazine also wants to organize more in-person events featuring drag shows and runways. Tsai and their team hope to one day open a storefront that sells their magazines and works by queer designers. Such a storefront could even serve as an event space for queer artists.

“I think Addie’s impact will continue to spread further than any of us has the capacity to gauge,” Sheppeck notes. “My heart sings for the young adults who are now able to come of age with Addie’s work.”