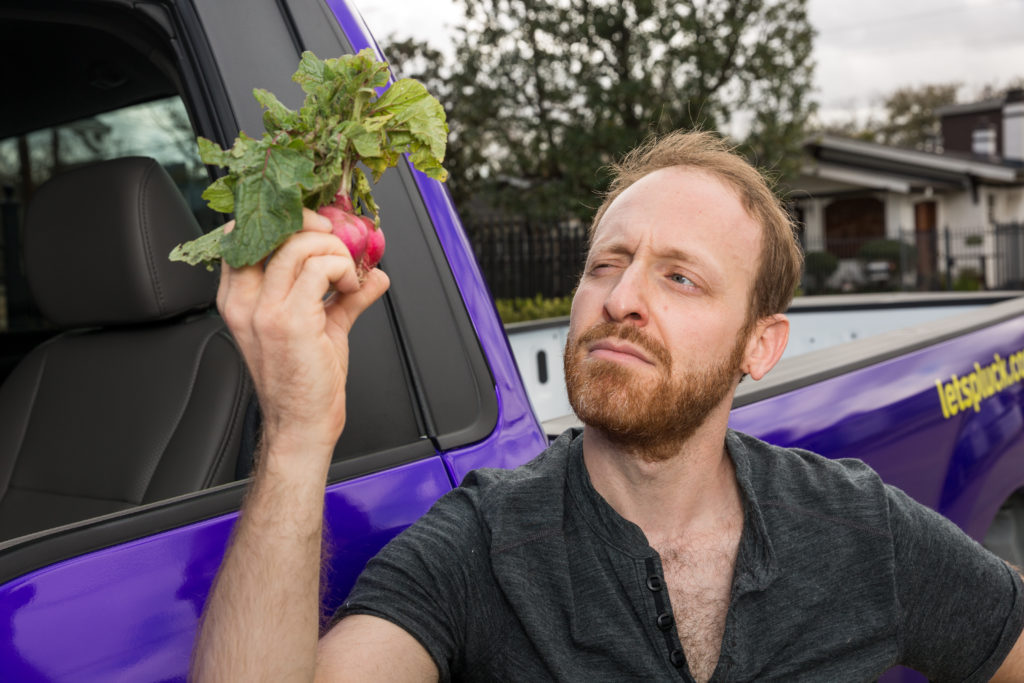 The infectious energy of Scott Novich’s self-described entrepreneurial spirit will quickly lead you to understand his agility to create Pluck, a local company that could change how we eat.

Novich’s five-month-old venture helps Houstonians grow fresh vegetables in their own yards. Starting at just $165 a month, the company will install a raised garden bed at a subscriber’s home, allowing the client to just sit back and reap the bounty. Pluck visits properties to help determine what’s in season (such as heirloom varieties significant to the local culture and history, takes care of the regular maintenance, and explains every step of the process as the garden grows. Clients are invited to participate as much or as little as they like. The company understands Houston’s ever-changing weather for extreme events like hurricanes and freezes—all replants, repairs, and replacements are on Pluck.

“It’s a fun and educational experience,” Novich says. “It’s like having a fully robotic garden. You are guaranteed to have a successful output. I also believe that there’s an opportunity to make a real impact by getting more people using their yards for agricultural output and building engaged communities.”

Pluck also allows subscribers to engage with their local community by sharing what they are growing through an online journaling feature. They can also choose to share produce and recipes with one another and participate in Pluck’s local gatherings. 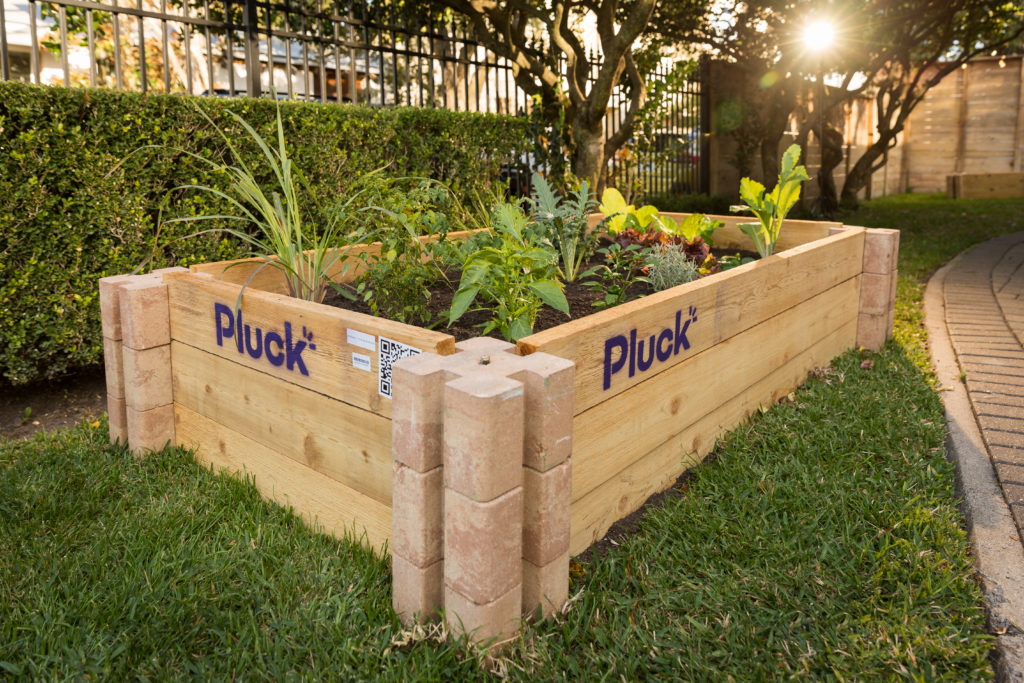 Novich’s journey to founding Pluck was years in the making. By way of Rhode Island, the longtime LGBTQ ally came to Houston in 2003 to earn a bachelor’s degree in electrical and computer science engineering followed by a Ph.D. in neuroengineering, both from Rice University. His graduate work with noted neuroscientist David Eagleman (a really big deal in the world of neuroscience) resulted in a TED Talk about Novich’s research and the two co-founding the company Neosensory in 2015 to create a sensory- substitution wristband device for the hearing-impaired.

“I absolutely enjoyed the startup entrepreneurial experience,” Novich explains. “I was really itching to apply all the great things that I learned from Neosensory into something new that I’m passionate about—food!” Houston is a great place for adoring food.”

Novich’s first brush with Houston’s vast and varied culinary treasures was during a visitor’s weekend at Rice University. “The students took me out to Taco Cabana, and I was completely blown away. It was the best Mexican food I’d ever tasted,” he says earnestly. It was the first time I’d ever had fresh tortillas.”

Since his Taco Cabana experience two decades ago, Novich’s palette has expanded considerably during his world travels. The first was with his wife in Denmark where he experienced, amidst an idyllic Danish countryside, a backyard garden that hosted fresh ingredients for a Humble Rhubarb Crumble dessert.

“Denmark was incredible,” he says. “Honestly, it was one of the most amazing desserts that I’ve ever tasted—a magical experience that I wanted to relive.”

Novich’s next two culinary journeys took him to San Sebastián in Spain’s Basque Country, where he experienced pintotxos (also known natively as “spike”), which is similar to tapas that is served on bread with a toothpick or skewer. And in Kyoto, Japan, he was impressed by the traditional multi-course meal known as kaiseki.

“All these dishes have a commonality. They are simplistic and use only a few fresh ingredients that didn’t come from industrial agricultural suppliers,” he emphasizes.“What’s really cool is that San Sebastián and Kyoto have the highest density of Michelin-starred restaurants.” 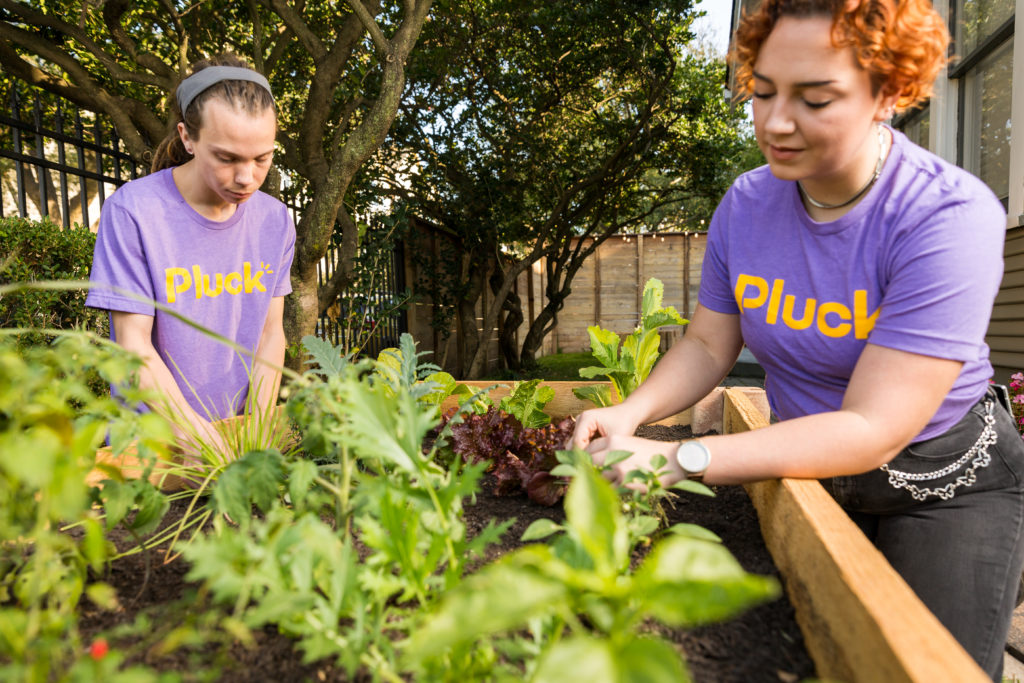 The Denmark experience, in particular, motivated Novich to create his own edible garden—in spite of the challenges involved in maintaining one as well as not having a strong interest in doing the work. “It’s a relentless process,” he notes. “You can’t take your hands off the wheel. The second you do, it’s game over. I realized that I needed a fully hands-off experience to solve my own personal gardening problems.”

So, what’s in a name … isn’t it obvious? Just as the company’s name implies, Houstonians can pluck hassle-free fresh vegetables from their own backyard gardens while letting Novich and his crew do all the work. 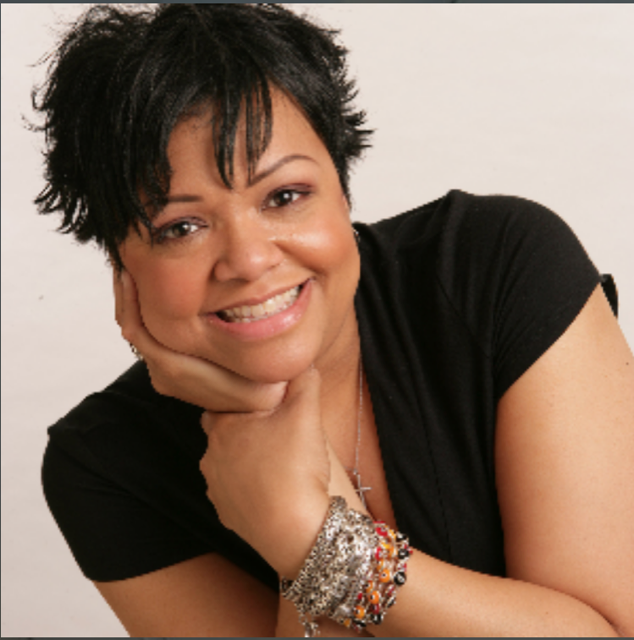 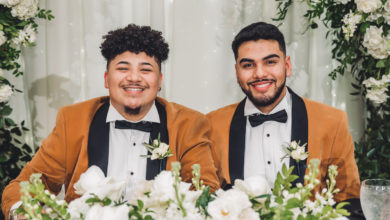 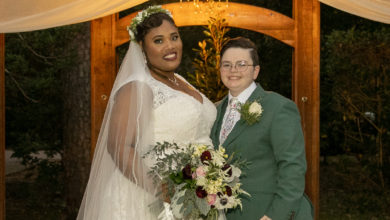