The Normal Anomaly Initiative (TNA) founder and executive director Ian L. Haddock has gone to many Pride celebrations, but he notes that the headliners were often straight, cisgender, mainstream celebrities. The lack of LGBTQ performers of color at major local queer events was one of the reasons he decided to organize a festival that spotlighted Black queer talent—and that welcomed everyone.

Read on to learn more about this diverse lineup of performers, whose musical styles range from rap to pop to EDM. 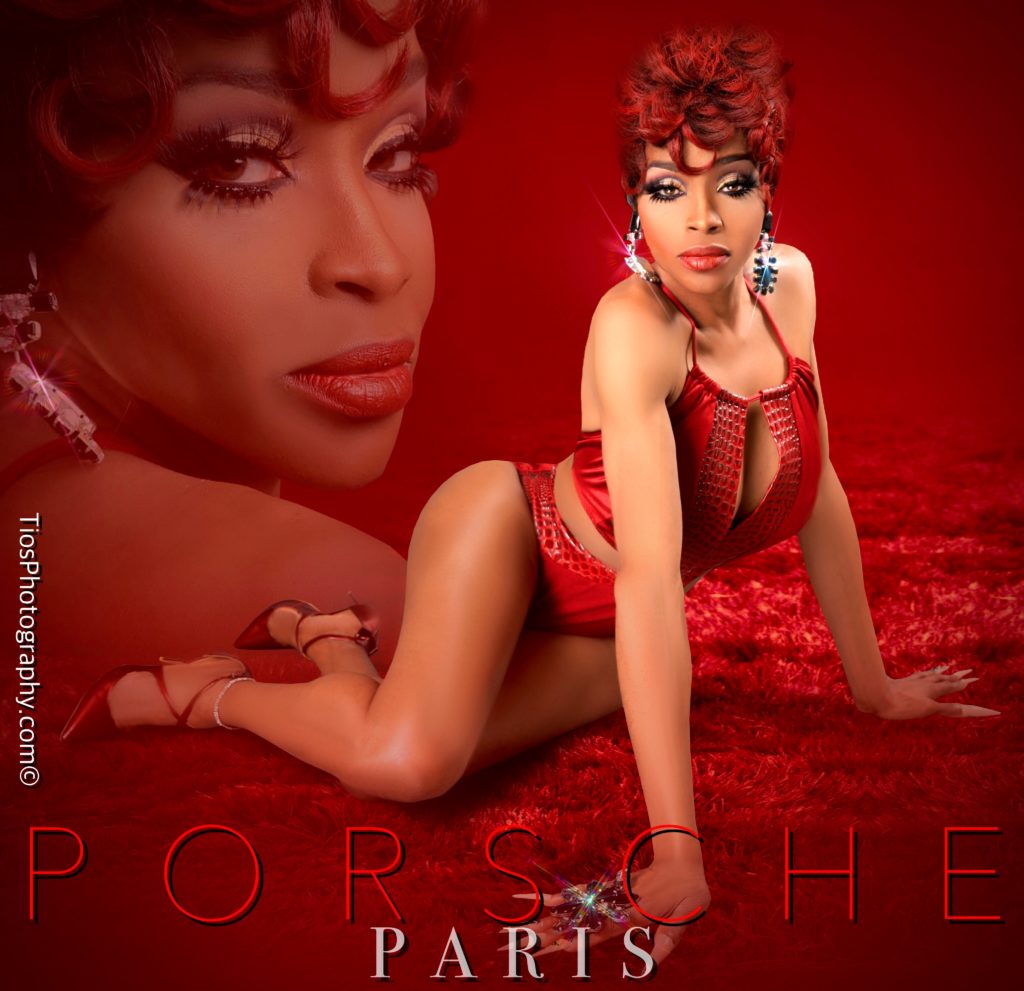 Local entertainer and pageant queen Porsche Paris will kick off the festival. The showgirl has won many pageant titles throughout the years, including Miss Gay Texas USofA 2002, Miss Black America 2011, Miss Transsexual USA 2018, and Miss Dallas Southern Pride 2020. Paris, a transgender woman, has been doing drag shows since 1989. She started at 15 years old when she performed in Studio 13’s talent night shows and won. Known for being glamorous and sensual on stage, Paris loves wearing extravagant clothes and wigs and transforming into another character during her performances. She usually lip-syncs to pop, rap, and R&B music. The festival is important to her because it is an opportunity to support her Black queer family. “This is a celebration of being Black and queer,” she says. “Come to enjoy yourself, and if you’re queer, be the queerest you can be.”

R&B singer and Houston native Tré Ward is an independent Black queer artist known for his sultry voice and authentic lyrics. He will perform two original tracks from his debut LP project titled D.A.R.E and his latest single, “x.”

On D.A.R.E., “Ugly” is about loving yourself despite your flaws and struggles, while “Serious” is an up-tempo dance track that reminds listeners not to take life too seriously. His latest single “x” is the perfect breakup anthem, encouraging listeners to focus on their healing process, rather than seeking revenge on the people who harmed them.

“The goal of my music is to provide language to help people express their feelings,” Ward says. “As Black men, we don’t get an opportunity to express ourselves freely without recoil or recourse. I hope that my music helps to stimulate healing-centered dialogue, uplift the experiences and narrative of queer Black people, and connect us all through the power of art and expression.”

Famous for her part in the American girl group Danity Kane, LGBTQ ally singer-songwriter Dawn Richard was born and raised in New Orleans and grew up around music and dance. Her father, Frank Richard, led the funk band Chocolate Milk, and her mother owned a dance school that Richard attended growing up. In 2011, she became a solo artist, releasing several albums. Her most recent album Second Line features “house, electro, funk, R&B, and hip-hop,” according to the Rolling Stone.

“Her music is new, experimental,” Haddock says. “I love the fact that she explores different kinds of sounds in her artistry.”

Considered by many to be a pioneer in the bounce-music genre, Sissy Nobby is a musical legend from New Orleans. In an interview at Tulane University, Nobby shared how he originally wanted to be a singer, but once he was introduced to bounce music, he was hooked.

Nobby describes bounce music as a good feeling that takes over you and makes you want to get up, move, bend over, and touch your toes. Rolling Stone says he produces “raspy, highly lyrical” rap. He has performed in Australia, London, Florida, and is ready to entertain in Houston.

Like many bounce artists, Vockah Redu is from New Orleans. Growing up, he’d rap and make beats wherever he could—even while on the bus and around light posts. As a queer rapper, Redu has always made music with LGBTQ performers and listeners in mind. He describes his and his crew’s work as “more than your typical hip-hop act.” Redu’s early songs used familiar beats and call-and-response lyrics, but now his music incorporates other genres such as jazz, EDM, electronica, and rap. Many consider him to be a bounce artist, but during a live performance on Seattle’s KEXP-FM public radio station, Redu said, “I’m not no longer a part of the bounce. I am bounce because that’s my birth, but I have my own label and genre that I feeds to present myself, and it’s just pop rock neo Vock.”

Durand Bernarr is famous for his powerhouse vocals and the humor he incorporates into his music. He describes his artistry as being Erykah Badu getting into a car accident and Little Richard living to tell the story.

In 2019, Billboard named him one of four rising artists people should know about. A proudly Black queer singer, he has produced many songs about the LGBTQ community, including ones he will perform at the festival, such as “Curiosity,” a song that explores male bisexuality and the first time he had sex with a woman. He will also perform “Prepared,” which is about gay sex. “Gay folks, and the queer community in general, have been getting their groove on to songs that are not catered to them,” Bernarr said in an interview with Nataal. “It’s nice to be able to provide that.”

He says he will also perform “STUCK.,” joking that people will “riot and throw tomatoes” at him if he doesn’t.

“My main goal and objective is to inspire people to think for themselves and discover who they are, whoever that is,” Bernarr says.

Born and raised in Detroit, ShaunWes started rapping at age 8, making beats at age 12, and barbering in his parents’ basement at age 14. He spent his childhood producing music and giving classmates fresh cuts. In 2006, he left his hometown for Houston, where he became a progressive barbershop owner and operator. After that break from rapping, he returned to his love of writing songs and producing beats. According to his website, he’s known for his soulful, gritty beats and a signature blended cut. “His sound is so ’90s rap,” Haddock says. “He puts a lot of attention on lyrics, talking about culturally relevant topics including racism, homophobia, and police brutality.”

In the first episode of Bryant Alexzander’s TALKS, Sevndeep said, “I’m an artist first. I rap, I sing, I dance, I act, I like to take people on journeys. When you listen to music, I want you to not think about what you’re going through and just basically come into my world.” Born in Virginia, Sevndeep is the oldest of 11 children. He learned how to dance by watching performances by Missy Elliott, Janet Jackson, and Britney Spears. Inspired by these women, he entered his high school talent show and won, which kick-started his career as a dancer. While he’s known for his jazz-funk choreography, he is also a rapper who began pursuing his passion seriously after a best friend of his died of cancer. Haddock says not only is Sevndeep a great dancer, lyricist, rapper, and performer who produces multicultural sounds and sex-positive songs, but he is also a strong example of unapologetic Black queerness. To his fellow creatives, Sevndeep says, “Put in the work. No matter your sexuality, no matter your gender, anything, put in the work.”