’Tis the season of giving, and who better to embody that charitable spirit than An’Marie Gill. The values of philanthropy and community were instilled in An’Marie very early by her mother and a few other family members. In fact, she moved to Houston because of its vibrant gay community, with all of the charity work going on that keeps it strong and healthy. Get to know more about the generous heart that beats inside this seasoned performer.

Home town?
I was born in Hobbs, New Mexico. We moved a lot, and I attended eight schools before college. I graduated high school in Midland, Texas, but San Angelo was probably the closest thing to a “home town,” as the family tended to gravitate back there.

Drag birthday?
October 2004 at Keys West, where I was working as a bartender. We had a Turn-A-Bout Show benefiting PWA Holiday Charities. That’s when An’Marie was born.

How did you get into performing?
I lay that at Don Gill’s feet. Before my debut at Keys West I had become a member of PWA Holiday Charities and had been helping Don with office work for the organization. Don was at the Turn-A-Bout show, and as soon as I was finished performing, he grabbed my hand and said, “Darling, if you want to help the charity out, I need to move you from the back to the front. You are a stage presence and a money maker, not an office whore!” True to his word, he pulled An’Marie into his charity shows and started spotlighting me for special performances, and it snowballed from there.

#TeamCountry or #TeamRock-n-Roll?
Yes. I am a little bit country due to my roots, but I would consider myself a whole lot more rock-n-roll.

Favorite artists to perform?
I love a distinctive voice with a harder edge. Top of my list would be P!nk and Anastacia, but throw in some Sia, Dua Lipa, and Tina Turner.

How long are those legs?
My legs go as far as your imagination will take them. I guess I have good genes  to thank for them, or dance and gymnastics classes from my early youth.

What items must always be in your purse?
The two drag items I always carry in my purse are lipstick and eyelash glue.

Any nicknames?
No nicknames really, although they do reference me at work as the HBIC—Head Bitch In Charge.

What’s on your bucket list?
That would be all about travel. I try to take a major trip around my birthday every other year, and in the off years I take a smaller trip. The ultimate goal would be to go to Europe, and specifically Spain.

Holiday traditions?
Tamales on Christmas Eve, black-eyed peas on New Year’s Day, a vacation around my birthday, and usually a party at my house for the show staff around Christmas.

How do you spend your down time?
I find shopping very therapeutic. Working in the yard is a pleasure, playing solitaire passes the time, and I read gay romance novels to escape.

Where can people see you perform?
Catch me at Tony’s Corner Pocket on West Dallas Street on Tuesdays, Thursdays, Fridays, and Sundays. Also, I try to be present at all PWA Holiday Charities events, as well as the First Family of Montrose events when I can. 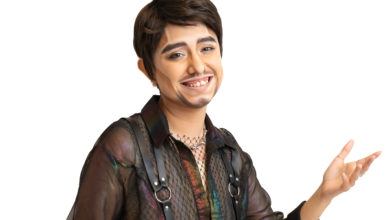