Known to his fans as “everyone’s youngest tío,” transgender artist Uncle Tino is taking a major step toward making a name for himself in the local rap scene. Formerly known as MC i Ckan Ryme, the 26-year-old Houston native recently underwent a professional rebranding that promises to take his work in a new, more authentic direction. Today, the out and proud rapper is riding the high of his latest album, Color Fool, and is laying the foundation for a bright future in music and activism.

Uncle Tino points to his introduction to slam poetry as one of his early epiphanies as a writer, which later translated to his raps. A desire to take his creative hobby to the next level led the musician to take matters into his own hands.

“I just kind of figured out how to do it,” he says in regard to creating his own music. “I went online and looked up a couple of videos on how to record at home. I have a desk mic that’s pretty flimsy, [so I used] a Guitar Hero mic.” The innovative use of that video-game attachment held the keys to Uncle Tino’s kingdom. “I looked up how to record internal sound through the mic, and found a website that explained how to make beats. I started to write, and just kept going and didn’t stop.”

Pulling inspiration from the likes of Mac Miller and the titans of other genres, Uncle Tino speaks about his latest Color Fool album, which began as a commentary on the colors in the Pride rainbow flag. “I wanted to write an album that was about how colors make you feel. It was originally based off of the LGBT flag, but then we added more colors,” he says, laughing. “I wanted to base it off of things I’ve felt while transitioning, [while also] making it relatable to everyone. 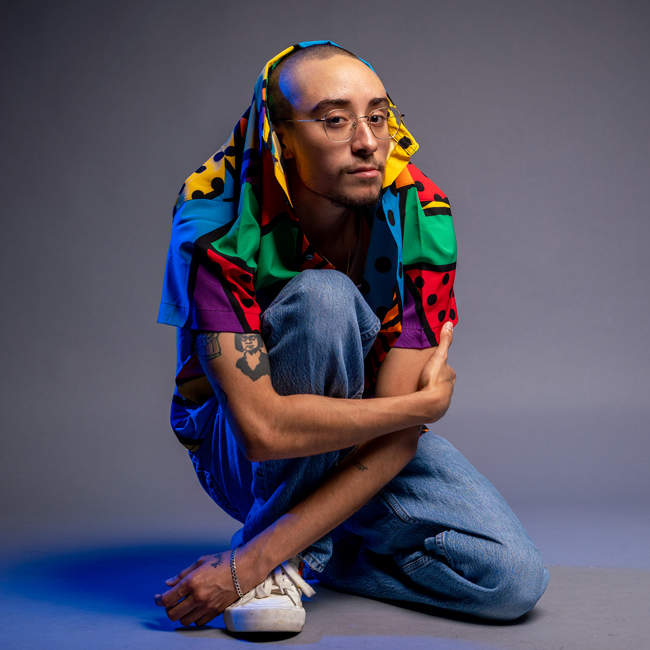 The album started five years ago with a song titled “Blue”—a project that Uncle Tino’s producer and best friend was working on. “I listened to it and thought it was amazing,” Uncle Tino recalls. “He sent me another beat titled ‘Green’ and I was like, ‘Yo, this is sick’ and I wrote a song about my grievances and observations about money.” Then the color theme took off. “I said, ‘F–k it, let’s do the rest of the rainbow flag.’ It was going to be my stand, like, ‘I’m here and queer—get used to it.’ During this process, I was really coming into my trans identity.”

Like all musicians, the rapper yearns for the post-pandemic day when he can once again perform for a crowd. “I love this album a lot, and it’s a lot of fun. It’s going to be so much better when I can play it live, and continue to develop the show and make it different and better each time. Performing is one of the big reasons why I love making music. I love being able to jam out to my own stuff and see other people jam out, as well.”

A collaborator by nature, Uncle Tino reflects on his experiences working alongside other rappers and musicians. “So far, I feel like [being trans] hasn’t been as harmful as people may think it is, but maybe I’m just oblivious,” he says. “I’m just so focused on the music and being me and unapologetically trans. [I want to create] a blueprint for other LGBT people.”

Life off the stage isn’t always as affirming, though, Uncle Tino notes. “I’ve had things shouted at me before, but not as a performer onstage. I can detect the disrespect and confusion of others, wondering if I’m a male or female. I’ve been caught in that limbo with other rappers.” 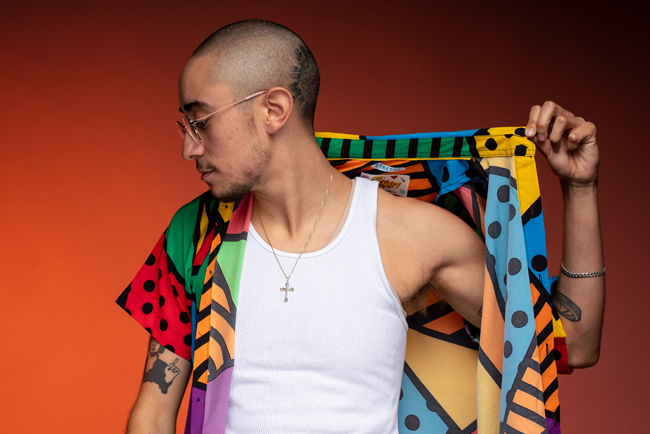 Although the rap genre is a form of protest by nature, Uncle Tino chooses to focus first on the music, and then on activism. “I don’t think I’ve gotten to [the activism] part of my music writing yet. I definitely want to,” he says earnestly. “Right now, I’m just trying to get a bit more known as an artist. I don’t think I’ve reached the part where I’m using my platform to spread a message, as I was with my previous album.”

Acknowledging the power that music has, Uncle Tino is more than happy to join the masses and work his way to the forefront of the movement. “[My previous album wasn’t] so much open activism, it was me marching from behind, trying to get to the front. It was me speaking my truth and asking, ‘Does anyone else feel this way, or am I the only one?’ I’m trying to inch up to the activism part as a trans guy who raps, when rappers maybe aren’t as comfortable with trans people.”

Without hesitation, Uncle Tino speaks directly to LGBTQ folks who are hesitant to fully embrace their artistic passions. “You don’t grow if you’re comfortable. You definitely don’t become you if you’re comfortable. You need to be comfortable being uncomfortable,” he emphasizes. “That’s my mantra as I live as a person in transition. There are things you can’t change about yourself, and things you can change. You need to be wise enough to know the difference, and do what the fuck you love to do. There’s always someone out there that can take something away from your art, so it’s important that you are proud of what you do, and do what’s best for you with love and grace.”