In Houston and across the country, Phyllis Frye’s name is synonymous with words like trailblazer, icon, and legend. As the first openly transgender judge in the nation, Frye made headlines during her years of pioneering activism in the transgender community.

But she did not do it alone. For 47 years, Patricia “Trish” Dooley Frye, her wife and best friend, stood with her in public and wiped her tears away in private.

Before meeting Trish, Phyllis graduated from Texas A&M with an engineering degree, married for the first time, and became a lieutenant in the Army. But then as she struggled with her gender identity, her life started falling apart and she soon became suicidal. She was forced to resign from the military, and then she divorced from her first wife.

Phyllis met Trish, a school teacher, through a mutual friend in 1972, before Phyllis had started to socially transition. Trish died of brain cancer in September of 2020. As a tribute to her late wife, Phyllis sat down with Harris County District Attorney Kim Ogg, who had long been inspired by the groundbreaking couple during the years she spent navigating Houston’s legal landscape as an out lesbian.

Kim Ogg: Tell me about marrying Trish and coming out to her as transgender.
Phyllis Frye: We got married in 1973 [when] I was 25 and she was 29. Let me tell you, she was an independent lady, and so incredibly brave. When we met, I was still trying to be “a guy” even though I knew I wasn’t. I was screwed up. I had just been run out of the military. I was in the middle of a divorce. I was in the middle of a guilt trip. [My] wrist was in stitches. I was trying to find help in religion. But I was honest with her. I opened up to her, and she said, “Oh, well, I’ve never heard about that before, but you’re a very nice person and I can still be your friend.”

It sounds like she was very centered. It seems like a lot of us in the LGBT community find ourselves in dramatic situations, especially in our younger years.
She was much more centered than I was. We met in September of ’72. We started dating off and on in October, and fell in love in January. In February, I was fired from my job as an engineer for cross-dressing. I found a job in Pittsburgh, and she said, “If you’ll come back in June, I’ll marry you.” She was gutsy.

And now, being accepted has changed and the law has also changed. When did you decide to use your legal skills to change the world?
I became a lawyer by accident. The University of Houston had a joint MBA and law-degree program. I was originally going for an MBA and I thought, “What the hell—maybe when I become a lawyer, I can scare the hell out of the neighbors and get their kids to leave us alone.” And that’s why I became a lawyer.

So, harassment was the motivator?
Absolutely! [Laughs]

Was Trish patient or angry about the discrimination that the two of you faced?
She was pissed. We had our house egged a lot. We [also] had our driveway spray-painted, our tires slashed, and soiled baby diapers dumped out on the front porch. We didn’t give out candy at Halloween. We were scared that if a kid in the neighborhood got poisoned, we would be blamed.

Patricia was a schoolteacher. Did she face discrimination in the workplace like you did? (I know you faced discrimination not just from my predecessor, but from many of the attorneys we both practiced with.)
No one would hire me. Trish’s legal name is Patricia, and at work she was known as Pat. That was her closet. She didn’t come out at work. She was very protective of that. She had to be.

She was working with children, and if you had any kind of LGBTQ identity at that time, [people believed] you didn’t deserve to be around children. Did she face that?
She didn’t. But she knew it would happen, and she was scared of it. You have to remember that the first Christmas after I transitioned in ’76, we were struggling so badly [to make ends meet] that our church brought us food because we were ‘the poor family.’

And then did you get court appointments?
Yes, that’s what saved us. I started getting appointments, and I found out I was a really good lawyer. 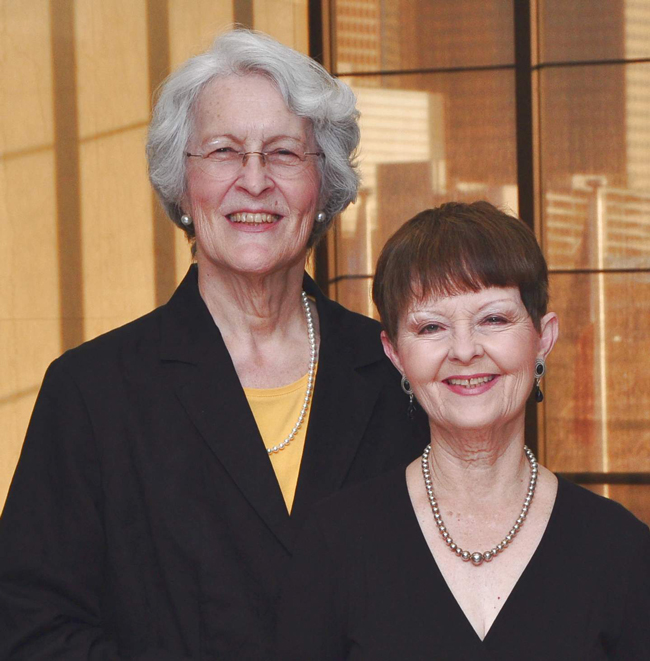 As a member of the LGBTQ community, you inspired me because you were pushing the envelope, and you did it as a professional lawyer. It was impossible to discredit your professionalism, so the attacks were merely personal.
It’s interesting that last June, when Trish was still alive, the Supreme Court ruled that the 1964 Civil Rights act, with respect to employment nondiscrimination based on sex, included sexual orientation and gender identification. I know for a fact that if I had not done all that I had done back then, [the court ruling] would not have included gender identification. It was very liberating for both of us.

What do you think Trish saw in you that led her to sign up for such a controversial life?
I think she found my honesty refreshing. And just to skip ahead 48 years, when Trish got sick, I had to watch her die every day for 13 months. [Pause to wipe away tears] And I grieved during that time. And then she passed almost eight months ago, and I’ve been grieving since then. But it gets a little easier. I still cry, but not as often. We had such a good love that I want love again. Not everybody [gets that kind of love]. I did. And six weeks ago, love found me again. Another woman has fallen in love with me, so I must be doing something right.

Well, I think you’re a unique property, to say the least, and a good catch at any time.
And when COVID is over, I’ll be back on the bench in person.

Since you intend to continue working as a lawyer and judge, do you have a message for our colleagues in the profession?
Yeah. If you’re queer, come out of the closet. You’ve got to come out of the closet. You’re crazy. You’re terrified. You’re dealing with so much angst if you’re worried about what other people are going to think. They’re going to think what they’re going think anyway.

Kim Ogg, Harris County District Attorney, is a native Houstonian licensed by the State Bar of Texas in 1987 and recognized as a specialist in Criminal Law by the Board of Legal Specialization since 1992. She has successfully advanced major drug policy and bail reform, diversified the leadership of the District Attorney’s Office, effected legislative reform on behalf of crime victims, and diverted thousands away from the criminal justice system. Kim lives with her life partner of 32 years in the Heights, along with their two dogs, two cats, and two horses (not on site). The couple also has a 21-year-old son named Jack.