November 20 marks the Transgender Day of Remembrance (TDOR), an international annual observance that honors the trans people who have been murdered due to hate crimes. While they are supportive of this memorial, some activists question why trans people are only being recognized after they have died.

To shift this narrative, TMP is hosting a weeklong digital event to celebrate the Black trans community. Black Trans Empowerment Week: “When We Rise” takes place November 13–20 on the organization’s Facebook page, and features entertainment, resources, socializing, and more. “This week really highlights the different facets of the Black trans community,” Bayaa-Uzuri says.

The virtual event kicks off on November 13 with a screening of Man Made, a documentary that focuses on trans masculine people who participate in bodybuilding competitions. The following day, TMP will conduct an awards ceremony to recognize activists and organizations that work to improve the lives of Black trans people.

At a November 15 event titled Dear Marsha, individuals can thank and highlight inspiring LGBTQ historical figures through spoken-word poetry and performance. The event will also feature a tribute to the late pioneering trans journalist and activist Monica Roberts, who used her award-winning Houston-based blog Transgriot to provide accurate information about trans victims of fatal violence.

According to the Human Rights Campaign, at least 33 trans or gender-nonconforming people have been fatally shot or killed by other violent means. The majority of those victims were young Black and Latinx trans women. “More than one in four transgender people have lost a job due to bias. One in five transgender individuals have experienced homelessness at some point in their lives,” the National Center for Transgender Equality found. 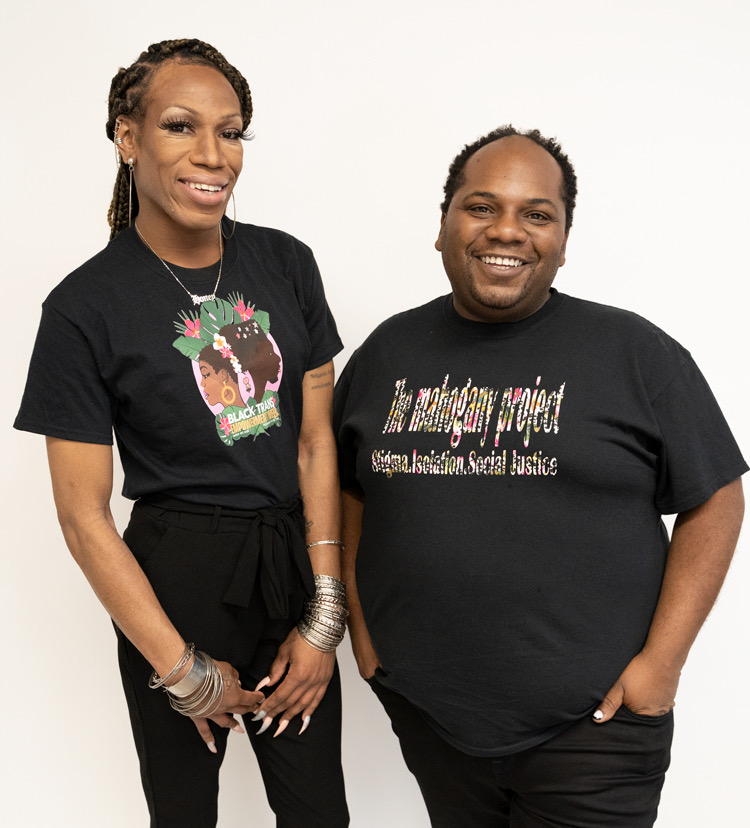 At TMP’s resource fair on November 16, participants can find information on accessing hormone therapy and correcting their name and gender markers. The event is also an opportunity to learn makeup tips and speak directly with potential employers. The next day, Black Trans Empowerment Week will offer an online yoga and meditation session. Then on November 18, participants can take part in a livestream of In Living Colorz, TMP’s biweekly podcast. That podcast episode will feature community members from Houston and across the U.S. who will discuss what is needed to build a better more inclusive community that values trans people.

On November 19, TMP will host a community mixer. Black Trans Empowerment Week concludes on TDOR (November 20) with an observance to commemorate the trans people who were murdered this year.

Bayaa-Uzuri describes Black Trans Empowerment Week as “a family reunion”—an opportunity to meet other members of the community and expand participants’ understanding of the Black trans community. “Even if it’s just one person, [I want Black trans people] to know and see [their] community in a different light, and see the resources and extended network we have [to offer].”

Although the event was supposed to happen in person, TMP’s executive director Verniss McFarland III and other event organizers are doing their best to create a safe space where people can unite and form long-lasting bonds. “It’s our hope that the work we do at The Mahogany Project and the Black Trans Empowerment Week will provide people who are looking for a family with a home,” McFarland says.

The first Black Trans Empowerment Week took place in 2018, a year after McFarland held a party to honor the life and legacy of trans people who have fought and are still fighting for LGBTQ rights.

When Chyna Doll Dupree, a Black woman, became one of at least 21 Black trans people killed in 2017, McFarland decided that it would take more than a one-day event to acknowledge Black trans lives. The TMP founder launched Black Trans Empowerment Week to celebrate the community while highlighting the issues that its members face.

“We must empower the community and individuals who live these experiences by honoring them and acknowledging their hardships. We want them to live long, full lives,” McFarland says.