The Houston-based queer and Black-led The T.R.U.T.H. Project has made providing social, mental, and emotional support for LGBTQ people of color its top priority, even in the face of COVID-19.

Founded in 2011, The T.R.U.T.H. Project (whose acronym stands for Telling Real Unapologetic Truth through Healing) was initially funded through a program under AIDS Foundation Houston (AFH) before transitioning into a 501(c)(3) nonprofit in 2015. CEO and founder Kevin Anderson, an African American same-gender-loving man who is also the director for health and wellness at AFH, says the organization evolved from an open-mic night that revealed the needs of queer communities of color.

“For ten years I had an open mic called ‘heART&SOUL,’ and while it was a nondiscriminatory space that was open to all, the majority of support came from LGBT folk,” Anderson says. “Two years in—after hearing experiences of having HIV for the first time, a mother battling her ex-husband over raising her kid with another woman, stories of depression and suicide—I realized there was truly a need for a healing space for artists, especially LGBT folks of color.”

The T.R.U.T.H. Project offers that healing space for LGBTQ people of color and their allies, offering resources and facilitating mental, sexual, physical, and emotional health discussions and opportunities for the community to express themselves through a variety of social arts.

“Everyone walks around with a story that’s affected us in some kind of way, especially in the LGBTQ community,” says board chair Dr. Monique Lee, a Black lesbian woman. “So we bring everybody out and use the platform of art—visual art, dancing, poetry, everything—to [increase] awareness about what we deal with, whether it’s STDs, abuse, violence, discrimination, or just day-to-day life. Our vision is to end the stigma that comes along with the LGBTQ community.”

The organization currently has two primary support programs that focus on various aspects of health and personal well-being. R.I.S.E. (Reflect. Invest. Stimulate. Evolve.) offers LGBTQ people of color the chance to discuss their mental health and connect with others in the community, while P.L.U.S. (Providing. Learning. Understanding Support.) provides a safe, confidential space for people of color living with HIV to share their experiences and educate themselves and others about HIV issues.

The newest program, entitled One Mic One Voice, began last March and occurs virtually over Zoom, in response to the COVID-19 pandemic. Typically held on the fourth Friday of the month, each virtual open mic focuses on a specific issue within the community and supplies artists with a platform to speak, sing, and dance. Following the senseless killings of George Floyd and other victims of police brutality, their May women-focused program was rescheduled in order to address the issue for Black and Brown folk.

“Because of what’s happening with the death of Mr. Floyd, the deaths of so many others, and the protesting, I decided to create a space for our supporters to breathe together in silence for 8 minutes and 46 seconds, to really reflect on what next steps look like,” Anderson says. “My whole goal as the founder and CEO is to stay as flexible as possible, because there’s so much uncertainty right now on how to feel if you’re a person of color in this space.”

Though COVID-19 has caused some funding losses and scheduling setbacks, The T.R.U.T.H. Project has seen an increase in attendance since going virtual. The organization plans to maintain its virtual presence once in-person meetings resume, highlighting the benefits Zoom provides in giving Black and Brown LGBTQ folk the option to remain anonymous in group spaces if they feel more comfortable doing so.

In addition to enhancing their digital presence, the organization has engaged in a collaboration with the Mahogany Project in Houston during the months of June and July to raise awareness around trans visibility, the Census, and voting. The trauma-informed advocacy program is just one of many steps The T.R.U.T.H. Project plans to take in providing support and awareness for LGBTQ communities of color.

“We want to expand our support circles to include art therapy, and we want to expand our youth programming,” says treasurer Jacques Davis, a gay Black man. “We also want to get into tele-health and hopefully have a counselor on hand to be available at any time of the month.”

“My vision for the future, program-wise, is to pick up where we had to sit down,” Anderson continues. “We had programs specifically targeting issues around aging, women of color (including my trans sisters), and holistic health that we want to continue.”

Currently located in the Midtown Arts and Theater Center Houston (MATCH) building, The T.R.U.T.H. Project also plans to expand their physical space in order to provide free mental-health services to community members. “We’re really looking to become a richer space and a solid home for the community, which means having a [permanent] physical space and resources available.”

At its core, The T.R.U.T.H. Project aims to create resources and support spaces for expression within LGBTQ communities of color. For many queer Black and Brown folk, these spaces have become essential in the face of COVID-19 and police brutality, and Anderson encourages those who wish to help facilitate these spaces to reach out.

“Mobilizing takes on so many different forms, and sometimes you mobilize just to ensure people can breathe and get through the next day,” Anderson says. “So for those who desire to be a part of something that really pours back into the folks that do—or don’t—look like them, this is a space for that, and we could use the help.” 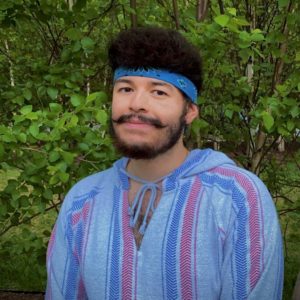 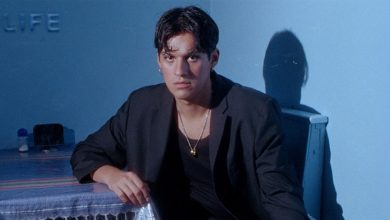