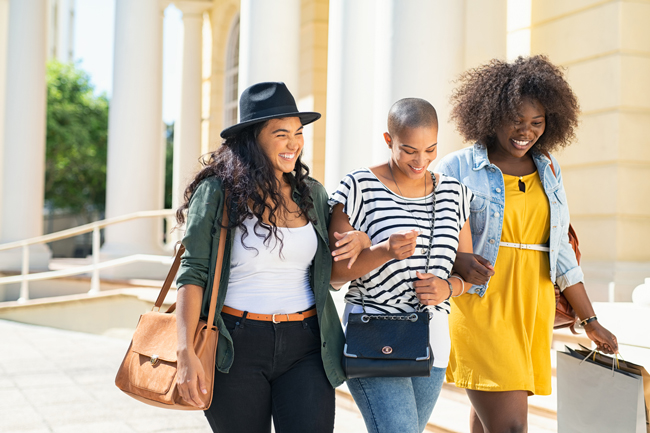 AIDS Foundation Houston (AFH) and the MISTR pre-exposure prophylaxis (PrEP) delivery service partnered in May to create the new SISTR program, a low- to no-cost online platform that offers women PrEP options from the comfort of their own home.

In addition to PrEP, the once-a-day pill that is 99 percent effective in preventing HIV, the SISTR program also offers HIV and STI testing that can be completed at home. After registering for the program on SISTR’s website, patients will receive a lab kit in the mail with video instructions on how to complete the sexual-health assessment, and what the next steps in the process are.

“Clients testing negative for HIV are eligible to receive PrEP for free if they do not have insurance coverage, and for little-to-no cost if they do have insurance,” says Jeffrey Campbell, AFH’s chief program officer. “For those testing positive for HIV, we can refer them to providers in their area through our service linkage program. And for those testing positive for an STI, they can come in to one of our offices for free treatment.”

SISTR aims to reach women of all socioeconomic backgrounds and gender identities, with particular attention given to women of color. Dr. Teriya Richmond, chief medical officer of AFH and a Black woman, says there are many misconceptions and stigmas surrounding PrEP that they hope to address.

“We want women—both cisgender and transgender—to know that PrEP is not just for men,” Richmond says. “We need prevention measures for women, particularly women of color, because we represent one of the demographics that are contracting HIV more than other populations, while having later-stage diagnoses.”

“Even though most people accessing PrEP are men, we know that in the last 20 years, one out of four Houstonians diagnosed with HIV are women,” says John Huckaby, AFH’s CEO. “That’s over 7,600 women. And of those women, 69 percent were Black and another 19 percent were Latina, so four out of five of those new acquisitions among women were among women of color.”

The telehealth service comes in the era of COVID-19, which recent data suggest has disproportionately impacted people of color, particularly among Black communities. The advent of telemedicine is crucial to reaching communities of color in these times of a pandemic, as Campbell notes that Black women are “11 times more likely than their white counterparts to have an HIV diagnosis, so it’s very important to us that we get PrEP to these communities in need.”

AFH, a nonprofit organization that provides a variety of services and resources for those living with HIV and AIDS, first partnered with MISTR (the program targeted at gay and bisexual men) last December. Then they modeled SISTR as a counterpart to serve women of all genders and sexualities. Through their telehealth collaboration, AFH is able to serve those in Houston and Harris County, as well as seven surrounding counties: Montgomery, Waller, Fort Bend, Galveston, Brazoria, Chambers, and Liberty.

After launching in 2017, AFH’s PrEP Care Program began a clinic providing PrEP services during nontraditional hours to reach populations with higher rates of HIV diagnoses but low uptakes in accessing PrEP. Huckaby says the MISTR and SISTR programs offer even greater accessibility to people who face barriers to acquiring treatment.

“Telemedicine is going to become much more of a standard of care, especially for those with barriers to transportation, mobility, or medical care, so [telehealth programs] like SISTR are going to help promote retention and care,” Huckaby says. “By making care more accessible, more people will have a greater ability to receive and stay in care, and that’s what we want.”

In an effort to facilitate discussions around women’s health, AFH hosted its first Facebook Live panel discussion on May 11 entitled Soul Talk: Conversations that Heal, where they first announced the launch of SISTR. Future virtual panel discussions will continue to cover different health topics each month, and are open for anyone to join. Roughly 2,000 viewers attended the first panel discussion.

Though AFH offices are open by appointment to those who wish to receive treatment in person, Campbell says the SISTR telemedicine approach is a big step forward in helping eliminate stigma around PrEP.

“There’s no shame in being on PrEP, and with SISTR you can make appointments with a doctor from your home, your office, or even your car on your lunch break. All you have to do is want to be on PrEP,” Campbell says. “Our attention to providing women with an accessible, confidential way to be on PrEP is intentional,” Huckaby emphasizes.

Though a PrEP prescription typically costs around $1,500 a month, funding from the Gilead Patient Assistance Program for the Uninsured allows AFH and SISTR to provide lab kits and medication for uninsured clients at no cost. For those with insurance, the service still typically costs little to nothing out of pocket, making PrEP affordable for anyone who wishes to start the regimen.

“We are committed to eradicating HIV, and part of that commitment is making PrEP more accessible for anyone who thinks they may be at risk of contracting HIV,” Richmond says. “I think this is going to revolutionize how we prevent HIV in women, particularly for women of color.”