“He was a scrawny, scrappy, really bright gay boy from East Texas. You learn a lot of coping skills, or you break,” says former Houston mayor Annise Parker, one of Kirkland’s closest friends for the last three decades. “He clearly has learned coping skills, but he’s also never forgotten where he came from.

“I think that conquering his demons and being open about his struggles makes him better at his chosen profession,” Parker adds. “It makes him more compassionate and insightful. And I am really impressed by his strength.”

Kirkland made history in 2008 by becoming the first openly gay judge elected in Harris County. Now, he’s vying to become the first gay justice to serve on the nine-member Texas Supreme Court, which has been dominated by Republicans for two decades.

Kirkland was tapped by the Texas Democratic Party to run for the court’s Place 2 seat, and his political consultant for the campaign is Grant Martin, who managed Parker’s successful mayoral bids.

Unopposed in the Democratic primary, Kirkland will face Republican Jimmy Blacklock in the general election. Blacklock serves as general counsel for governor Greg Abbott, who appointed Blacklock to the Place 2 seat after justice Don Willett was confirmed by the U.S. Senate to serve on the  Fifth U.S. Circuit Court of Appeals.

The Texas Supreme Court burst into the consciousness of many LGBTQ Texans in the summer of 2017 when it issued a controversial decision in Pidgeon v. Turner. In 2015, the court had refused to hear the case, which stemmed from Mayor Parker’s 2013 decision to extend benefits to the same-sex spouses of City employees.

But this year, in an unusual—and highly political—move, the court reversed itself, agreeing to hear the case after a furious letter-writing campaign from social conservatives and additional pressure from Abbott, lieutenant governor Dan Patrick, and attorney general Ken Paxton. On June 30, the state’s highest court held unanimously that same-sex couples are not necessarily entitled to government employment benefits. The decision appeared to contradict the U.S. Supreme Court’s ruling in Obergefell v. Hodges.

“I’ve been troubled by Texas Supreme Court decisions for a while,” Kirkland says. “The Pidgeon v. Turner decision was the latest and most blatant political decision that they made—and the one that they made the least amount of effort to hide.

“[The Texas Supreme Court]  has a systematic approach to limiting access when people need relief,” Kirkland adds. “But when it comes to their political cronies, access to the court is suddenly bigger. The grossest example of that is the Pidgeon case.”

Running on His Record

Kirkland’s quest to widen the circle of citizens who are able to access justice has defined his judicial career and his community activism. In the early 2000s, as a municipal judge for the City of Houston, he developed and implemented the innovative Homeless Recovery Court, the first of its kind in Texas, which allows people who are working through programs at homeless shelters to clear up delinquent traffic tickets and other Class C misdemeanor warrants by performing community service.

He has served on the boards of nonprofit organizations advocating for affordable housing, historic preservation, and support for those struggling with addiction. In 1991, he co-founded the nonprofit Avenue CDC to preserve historic architecture and create affordable housing.

“Steve is a natural leader: he thinks strategically, he speaks eloquently about our work, and he is able to inspire others to action,” says Mary Lawler, executive director of Avenue CDC. “His legal background and skills were incredibly important to us as a startup organization. And he volunteered countless hours helping out in all aspects of the organization: strategic planning, fundraising, program oversight, and more.”

Kirkland, who currently presides over Harris County’s 334th Civil District Court, has 27 years of experience as an attorney, and 12 years of judicial experience. In the Houston Bar Association’s 2016 Judicial Candidate Qualification Questionnaire, 71 percent rated him as well qualified or qualified. In 2012, he won a glowing endorsement from the Houston Chronicle, whose editorial board said, “We offer our emphatic endorsement to Steven Kirkland,” while praising him as “a highly qualified, deserving candidate.”

Born in Abilene in 1960, Kirkland was raised by his truck-driver father and  a mother who worked for H&R Block before opening her own tax-preparation business. He was accepted to Rice University to study computer science, and became the first in his family to attend college, eventually majoring in history.

Rice also opened the door for him to explore his sexuality. “Rice was where I learned that there was a vocabulary to describe it,” he recalls. “My experiments with both men and women happened at Rice, and they were lubricated with alcohol. By the time I graduated, I was a full-blown alcoholic.”

He went on to be arrested several times for public intoxication and driving while intoxicated. “I had to get my triggers under control,” Kirkland told OutSmart in 2009. “Being gay was a trigger for the disease. I had to get a grip on my sexuality before I could get a grip on
my alcoholism.”

“He is open about his past addiction and his recovery,” says Angela Pisecco, secretary of the board of trustees of the Council on Recovery, a Houston nonprofit that helps individuals and families whose lives have been affected by addiction. “That, of course, helps reduce the shame and the stigma in our community, making him a very valuable ambassador to the Council on Recovery.”

In 1991 and 1995, Kirkland managed Parker’s first two campaigns for City Council. He played Henry Higgins to her introverted Eliza Doolittle, teaching Parker how to work a room at political events.

“He stepped up to help me,” Parker remembers. “I was not a natural candidate, and he spent a lot of time with me doing affirmations.”’

They formed a very close bond. “We own property together, and we vacation together. He is my best friend,” Parker says. “But we rag on him mercilessly so that he doesn’t get the big head.”

Parker anticipates that Kirkland could be in for another tough fight in his battle for a place on the Texas Supreme Court. No Democrat has won a statewide election in Texas for more than two decades.

“It’s an uphill race,” Parker says. “If voters give him a chance, if they look at his record, he should do fine. He goes into it with a lot of political experience, knowing what a difficult challenge it will be. He’s in it to win it.”

Kirkland says he has been heartened by recent progressive victories fueled by the backlash against the Trump administration. Democrat Allison Ikley-Freeman, a 26-year-old lesbian, won a seat in the Oklahoma Senate by beating out a Republican in a conservative Tulsa district.

That same month, Danica Roem made history in Virginia as the first openly transgender candidate elected to a state legislature, by defeating a GOP incumbent who billed himself as the state’s “chief homophobe.”

“We’ve been told for years that Texas is a red state; it’s a non-voting state,” Kirkland says. “At some point, people are going to get mad enough to start voting.

“If you don’t run, you’ve lost already,” Kirkland adds, passionately. “And if you don’t fight, nothing ever changes. The battle is worth fighting, regardless of whether I win or not.” 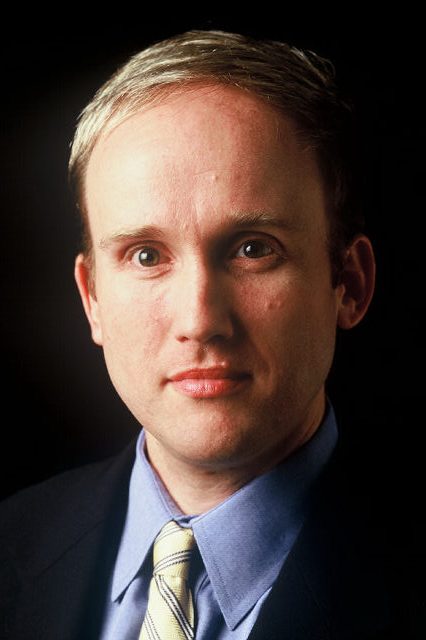