I once thought that by the time we got to 2023 we would have flying cars and people living on Mars. Instead, we have billionaires taking day trips into space and monkeypox. It’s not the future most sci-fi movies predicted, but at least Houston has Beyoncé, our own “Alien Superstar.” And although progress may not be progressing at the pace some of us might prefer, there are still some bright spots that we should hang on to for 2023 as we leave the not-so-bright spots behind in 2022.

So let’s get started on my eighth annual Year in Review! 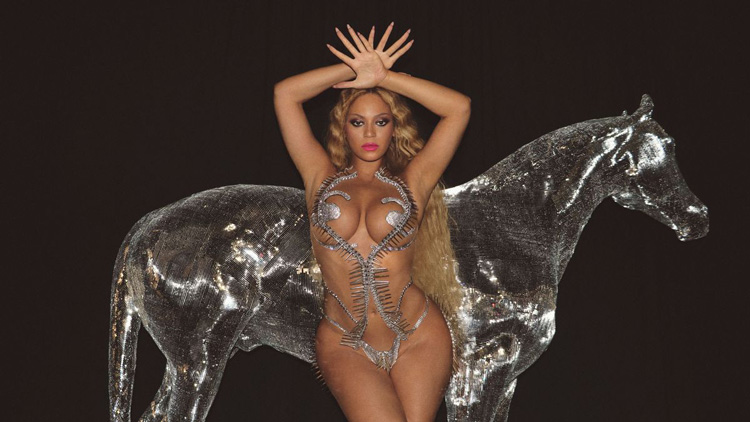 OutSmart cannot be a queer Houston-centric magazine and not mention Queen Bey’s seventh studio album Renaissance—a tribute to Blackness, to queerness, and to pop/disco/ballroom culture. Will this finally be the year that she wins the elusive Album of the Year Grammy? If “the queens in the front and the doms in the back” have any say in the matter, then yes. Bey’s latest album was also a tribute to her Uncle Jonny, who introduced her to the world of house music and who died from AIDS complications when she was 17. Familiar club beats can be felt throughout the album, as well as contributions from Black queer artists TS Madison, Honey Dijon, Grace Jones, and Big Freedia, to name a few. The album, an “Act One” of a yet-to-be-completed trilogy, also came at a time when people needed to dance and sing her anthem lyrics for the ages: “You won’t break my soul, I’m tellin’ everybody.”

In May, Karine Jean-Pierre became the first Black and openly LGBTQ-identifying person to serve as the White House press secretary—one of the Biden administration’s most prominent positions. Jean-Pierre, the daughter of Haitian parents, moved from France to New York City when she was 5. She completed her Master of Public Affairs degree at Columbia University in 2003 before joining the Obama administration. In her 2019 memoir Moving Forward: A Story of Hope, Hard Work and the Promise of America, Jean-Pierre recalls how her life changed in 1992 when she saw Texas Congresswoman Barbara Jordan speak at the Democratic National Convention. “She was the first Black woman in politics I had ever witnessed. In a world of pretty, pearl-wearing charmers, Jordan was substantive and authentic.” It is now Jean-Pierre who will provide that representation and inspiration for others as the face and voice of the nation’s top office.Also of special note, newly appointed Supreme Court Justice Ketanji Brown Jackson, although not LGBTQ-identifying, became the first Black woman on the High Court. Brown Jackson has already proven to be an active and insightful participant in the Court’s deliberations.

Queer political power continued to grow in Texas and throughout the country. Jolanda Jones will be the first out Black lesbian in the Texas House of Representatives. She will join the ever-expanding House LGBTQ Caucus founded by Erin Zwiener, who also returns to the House. Queer Black excellence will also have a voice in representatives-elect Venton Jones and Christian Manuel-Hayes. Representatives Ann Johnson, Julie Johnson, Jessica Gonzalez, and Mary Gonzalez were also returned to Austin to represent their constituents. And several Houston LGBTQ judges won their bids, including Shannon Baldwin, Porscha Brown, Jim Kovach, Beau Miller, Tonya Parker, and Jerry Simoneaux.Lesbians also made history in getting elected to the top offices in other states. Governors-elect Maura Healey of Massachusetts and Tina Kotek of Oregon will join Colorado Governor Jared Polis to form the LGBTQ Governor’s Caucus. Win or lose, LGBTQ candidates show the world that representation matters. And that visibility may eventually pave the way for an openly LGBTQ president. Paging Pete Buttigieg?

The Astros were finally vindicated when they won their second World Series, 4-2 against the Philadelphia Phillies. Although the Astros had regular success since their first win in 2017, their record was severely marred when they were accused of cheating. That scandal created a space for manager Dusty Baker, one of the few Black managers in baseball. Baker finally made it across the finish line following a long career leading teams, including the Astros, to the World Series. As fans cheered on the Astros during their winning Game 6, the crowd was peppered with signs saying “Do it for Dusty!” And lucky for us, the Astros did just that by giving us a second championship. When asked what he would do now that he had finally reached his elusive goal, Baker told reporters, “I’m going to win another one.” We will hold you to it in 2023, Dusty! 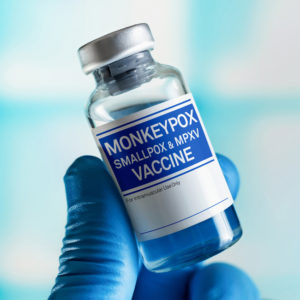 The summer of 2022 was supposed to be the best ever since COVID shut the world down in 2020 and 2021. But just when we thought it was safe to get back into the dating pool, monkeypox swung into our lives. As the extremely painful cousin of smallpox left many with horrific blisters in some very delicate spots, vaccines were slow to roll out and the LGBTQ community had to organize itself to prevent an even larger outbreak. Although not terribly deadly, monkeypox made many gay men think twice about their post-COVID trysts. But effective community outreach and organizing helped get enough people vaccinated to slow the virus down. The lessons we learned from the early days of AIDS are now part of our communal DNA, for better or worse. Of course, very few hetero onlookers actually noticed our victory, but what else is new? 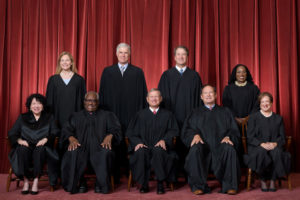 Ugh, what a bust the High Court has turned out to be. It seems absurd to think that as recently as 2020, the justices had maintained some semblance of balance when they (barely) upheld the right of LGBTQ people to maintain Title IX protections in the workplace. Even though Trump appointees Gorsuch and Kavanaugh were already present, it seemed like Chief Justice John Roberts might hold up the ideological center that had been abandoned when Anthony Kennedy retired. (Kennedy was, of course, the deciding vote on two landmark cases that ushered in marriage equality.) When Amy Coney Barrett replaced Ruth Bader Ginsberg, folks knew it was only a matter of time before the wheels would come off. Not that Barrett alone had much influence, but the numbers to reverse landmark rulings were now there, and in a 6-3 ruling the Court overturned Roe v. Wade and threw out fifty years of legal precedent upholding reproductive rights. Clarence Thomas also signaled his intent to follow through on ending the rights to contraception, marriage quality, and even queer people’s right to have sex. So now we wait and enjoy it while we can, while also rejoicing that the lame-duck Democratic Congress actually passed legislative protections for both same-sex and interracial marriages.

Outrage was all the rage in 2022. Was it the war in Ukraine, or the overturning of Roe v. Wade, or the stash of Top Secret documents stored at Trump’s golf club that got people red-faced? No, the source of the real outrage was the Little Mermaid, and Lizzo playing the flute in a museum.All hell broke loose when Disney unveiled the first glimpses of their live-action remake of The Little Mermaid with Black actress Halle Bailey playing the titular fictional character—the key word here being fictional. But, like Santa Claus and Jesus, racism dictates that Ariel, a singing half-woman/half-fish, must be white. It’s almost too stupid to think about. Wait until they hear that Snow White will be played by Latinx actor Rachel Zegler.Weeks later, Lizzo, who is currently enjoying another hit album (Special), a slew of Grammy nominations, and a gigantic stadium tour, was the target of white outrage when she played James Madison’s crystal flute at the Library of Congress. Apparently, crystal flutes owned by dead presidents should not be played by living musicians who also happen to be Black, according to the internet trolls.

2022 saw the queer community again under attack, both in the streets and in state capitols nationwide. The mass shooting at Club Q in Colorado Springs in late November left five people dead and many others injured when a man with heavy artillery entered the LGBTQ space on a packed Saturday night. Thanks to two patrons who bravely fought back and subdued the murderer, the death toll was not as horrific as the 2016 Pulse Nightclub massacre. There’s no doubt why these events keep happening: our country’s failure to do anything about assault weapons, and the constant stream of online hate being spewed at queer communities, create an environment that breeds hate and violence. And just days before this atrocity, 17 anti-LGBTQ Republican bills were filed in anticipation of the 2023 Texas Legislative Session in Austin. Tragedy after tragedy, and still nothing is done. Even when violence is committed against small children, nothing is done. America is many things, and unfortunately, violent is near the top of the list.

Texas is developing a bad reputation for being a dangerous place to be a kid. The state’s Republican leadership (which was re-elected by large margins) is doing absolutely nothing about it, and in the case of trans-identifying youth, they are making access to gender-affirming care illegal while they investigate the parents of these young people. Many families with trans kids have opted to flee the state to avoid being torn apart by a governor who refuses to accept these children for who they are.Furthermore, gun violence took the lives of 21 at Robb Elementary School when a gunman slaughtered students and teachers in a classroom while police waited in the hallways. (This isn’t the first mass school shooting under the watch of Governor Greg Abbott—the massacre in Santa Fe also resulted in several students being killed.) And according to Texas Republicans, the answer to all of this gun violence is more guns. Considering that Texas gun laws are now almost non-existent, the “more guns” solution has not yielded more lives being saved.

Democrat Lina Hidalgo won a tight re-election to serve as Harris County Judge. Hidalgo’s first term was a success in the eyes of voters who approved of her handling of large issues like the pandemic—much to the chagrin of many Texas Republicans. In an effort to make Hidalgo look bad in the weeks leading up to the November election, the two lone Republican County commissioners decided to skip work for several weeks, thus preventing the passage of a budget and jeopardizing essential County services for the upcoming fiscal year. The stunt backfired when voters sent Commissioner Jack Cagle packing and elected Democrat Leslie Briones. Hidalgo now has a Democratic supermajority going into her second term. So if Tom Ramsey, the remaining Republican commissioner, wants to act the fool, he needs only to look at what happened to his buddy Jack. To quote Britney Spears, “You better work, bitch!”